Speonk Commons will consist of 66 units, across two development sites in Suffolk County. Several public and private entities provided funding for the project. 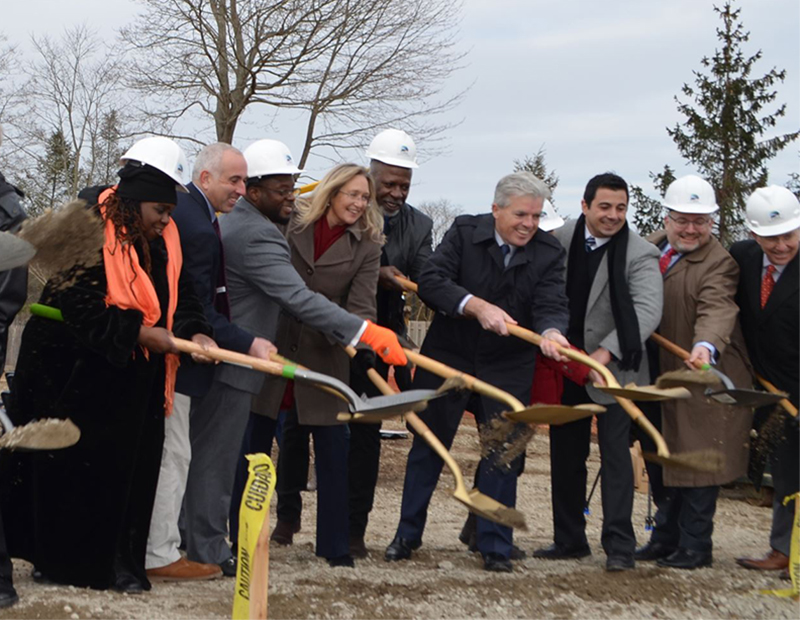 The groundbreaking ceremony for Speonk Commons in Long Island, N.Y.

East End officials have broken ground on Speonk Commons, a 66-unit affordable community in Long Island, N.Y. The development will include 11 buildings on two separate parcels, with access to public transit in Southampton, N.Y. The total cost of the project developed by Georgica Green Ventures LLC is $30 million.

The first site, located at 41 N. Phillips Ave., in the Hamlet of Speonk, will consist of eight two-story buildings that will encompass 38 units. The community will offer 12 studios, 14 one- and 12 two-bedroom apartments. The property will also include 2,304 square feet of retail space. The Speonk site is a short walk from the Long Island Rail Road Montauk Branch Speonk station and near a variety of retail options and restaurants.

Located at 161 Sandy Hollow Road, the Tuckahoe site will consist of three two-story buildings that will comprise 28 units, including 14 studios, as well as one- and two-bedroom apartments. Currently, the site is vacant after being used for gravel and sand mining.

Both sites will meet the energy-efficiency requirements of the NYSERDA Low-Rise Residential New Construction Program and will meet LEED standards. Solar panels will be incorporated at both projects.

The project was made possible with funding from several parties:

Gross rents, plus utilities, will range from $950 to $1,715 per month, and will be affordable to households earning between 50 to 85 percent of area’s median income.