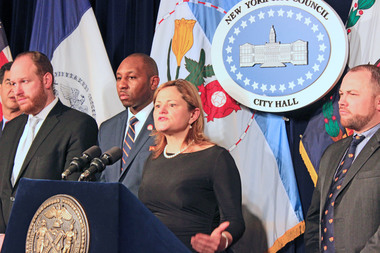 New York—Mayor Bill de Blasio’s goal of creating and preserving 200,000 affordable housing units in New York City over the next decade just inched one step closer to fruition with the passing of both the Mandatory Inclusionary Housing (MIH) and the Zoning for Quality and Affordability (ZQA) programs by City Council on March 22. In a vote of 40-5 for ZQA and 42-5-0 for MIH, the proposals were approved after modifications were implemented to address the concerns of affordable housing advocates and unions who feared that the plan didn’t do enough to address the needs of low-income residents.

MIH will require developers to include affordable housing components when building in newly-rezoned areas, and ZQA allows buildings with affordable or senior housing units to build taller, skirt parking requirements if located close to a subway line if the developments spur the creation of affordable and senior housing. According to de Blasio, the acceptance of these changes by the Council is historic, as he said in a statement, “Years from now, we will look back on this as a watershed moment when we turned the tide to keep our city a place for everyone.”