The community is a 34-story, 690-unit apartment tower, set atop the northern end of the four-level Block 37 retail center. 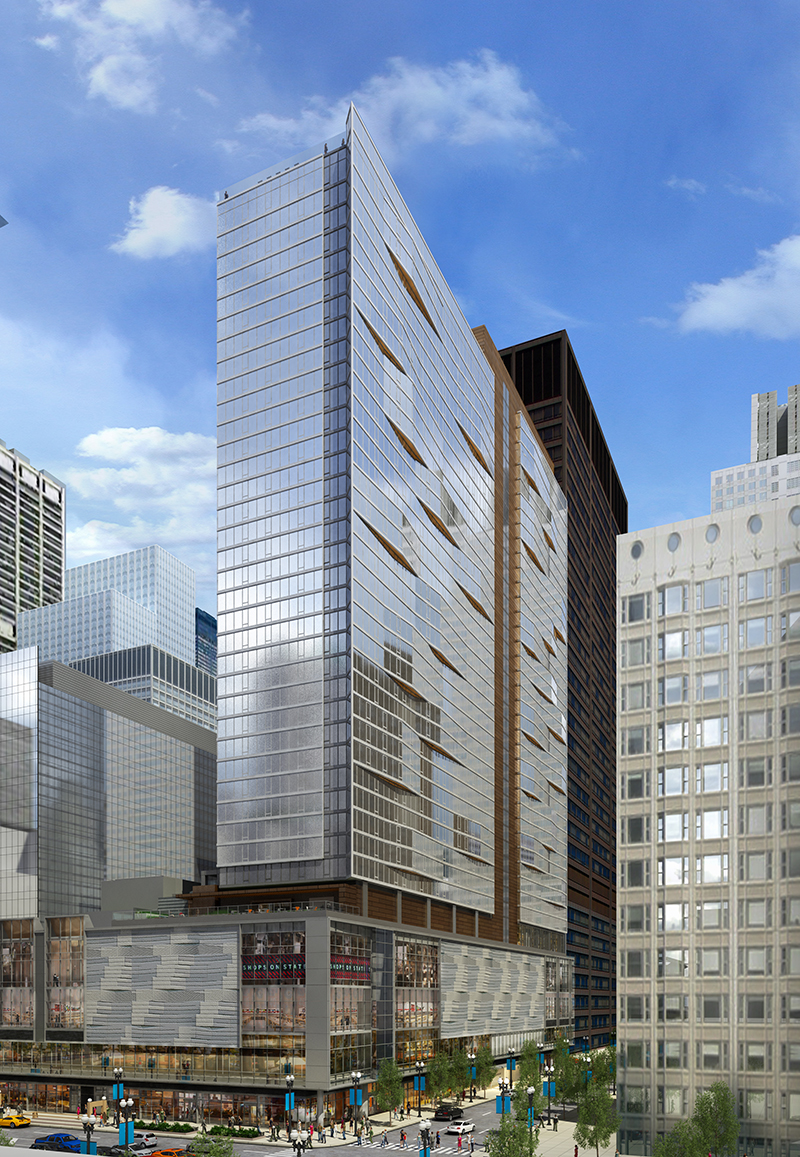 Chicago—The residential tower at Chicago’s Block 37 has been branded as the Marquee at Block 37, developer CIM Group has announced. CIM Group announced initial leasing plans for the 34-story, 690-unit apartment tower, set atop the northern end of the four-level Block 37 retail center. A summer opening is scheduled.

Macy’s flagship Chicago store, directly across State Street from Block 37, will host a pop-up vignette to kick off the Marquee leasing program. A pre-leasing office will be unveiled in March on the Block 37 retail center’s third floor. Those considering residing at the Marquee at Block 37 will be able to join the interest list or pre-lease a unit.

That leasing office will provide a first-hand glimpse of the modern on-site amenities, as well as the quality features and finishes of the residences.

The Block 37 retail center offers retail, restaurant and entertainment alternatives. The Pedway and CTA’s Red and Blue Line rapid transit lines can also be accessed. Within Block 37 is Latinicity, a crowd-pleasing 22,000-square-foot casual dining area with an array of authentic Latin cuisine options; the 11-screen AMC Dine-In Theatre on the fourth floor; The Dearborn—An Urban American Tavern, which is being constructed on the ground floor at Randolph and Dearborn Streets; and retailers such as Zara, whose 30,000-square-foot flagship store is being constructed at State and Randolph Streets.

The residential tower being constructed on top of the Block 37 retail center was entitled prior to CIM acquiring the center. It was part of the transaction, and the construction of the tower completes the mixed-use build out of the property.

Rents have not been set, but the website marqueeblock37.com has just gone live.

The tower and retail center are among Los Angeles-based CIM’s growing portfolio on investments in downtown Chicago, and draw on its experience in creating urban mixed-use properties in major U.S. cities.