Carroll Organization continues to expand its southern portfolio. The group recently completed its eleventh acquisition in Florida with the purchase of the 204-unit Island Club at Atlantic Beach. 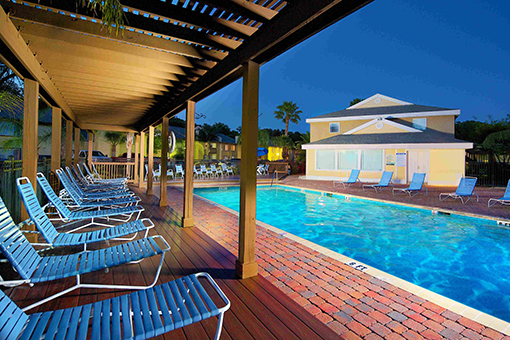 Jacksonville—Atlanta-based Carroll Organization has acquired the 204-unit Island Club at Atlantic Beach in metro Jacksonville, with National Property Holdings providing the company with a $4.6 million equity investment for the deal. The property consists of 27 two-story residential buildings offering one-, two-, and three-bedroom units, along with a clubhouse.

Originally built in 1988, and later renovated between 2006 and 2010, Island Club at Atlantic Beach is in Duval County about a mile west of the Atlantic Ocean. It’s also about 10 miles from downtown Jacksonville.

Jacksonville’s apartment market has had a relatively high vacancy rate in recent years, but it’s creeping downward, according to investment specialist Marcus & Millichap, which predicts that vacancies will drop by 40 basis points to 6.9 percent by the end 2014. Apartment construction is up in the market, with about 2,500 units slated for delivery this year, compared with an average of 1,500 each year for the last five years.

In 2013, Carroll acquired over $1 billion of multifamily properties located throughout the Southeast, with the bulk of its acquisitions in Texas, Florida, and Georgia. According to Carroll Organization CEO M. Patrick Carroll, the company will continue to look for acquisitions, especially but not exclusively in the Southeast. Not long ago, company acquired the Indigo Luxury Apartments in Jacksonville, as well as the Bexley Apartments in Atlanta.