The two industry giants have come together for a collection of seven patterns of high-performance textiles inspired by athletic wear. 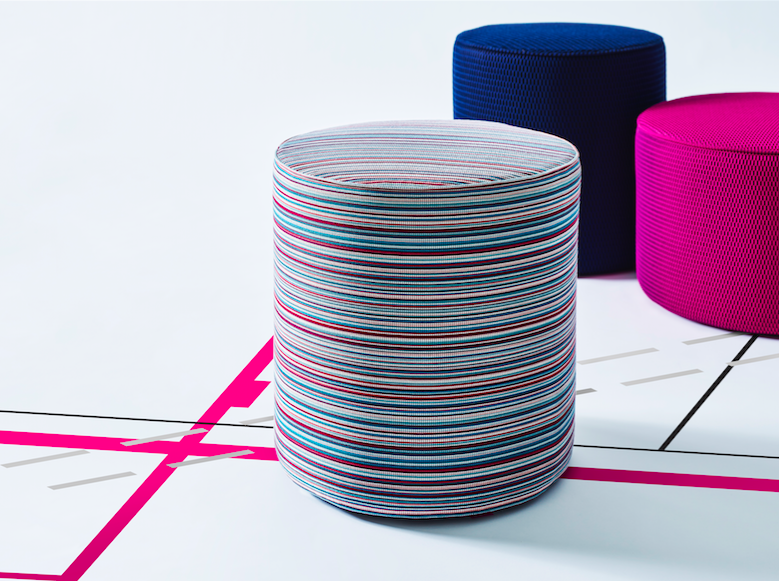 A collaboration between industry giants Gensler, the architecture firm, and Carnegie, the textile company, have produced a new collection of commercial textiles called PFRM. Inspired by the high-performance and dynamic design seen in what the fashion industry is calling “athleisure” wear, the two companies developed seven patterns that mimic the high-performance nature of sportswear and symbolize “attitudes such as collaboration, connectivity and even competition, which are much needed in communal places such as workplace, school or healthcare and hospitality settings,” according to Carnegie.

Patterns like Pivot, a textile in the collection with an elongated 3D honeycomb shape derived from athleisure wear, and Kinetic, a textile inspired by athletic tracks and running shoe soles, embrace both the textile and visual elements of athletics and athletic wear.

As the first company to introduce fabric wallcoverings to the commercial office market in 1950, Carnegie has long been known for its track record for ingenuity. The company has embraced forward-looking concepts like sustainability, proven by the company’s entirely PVC-free operation.