Financing sources are returning, but developers and investors will face steeper requirements.

After the largest disruption in recent memory, financing for student housing acquisition and development has been taking unmistakable, if uneven, steps forward. At the beginning of the 2020-21 school year, many commercial banks, life companies and other lenders remained tepid about returning to the market. 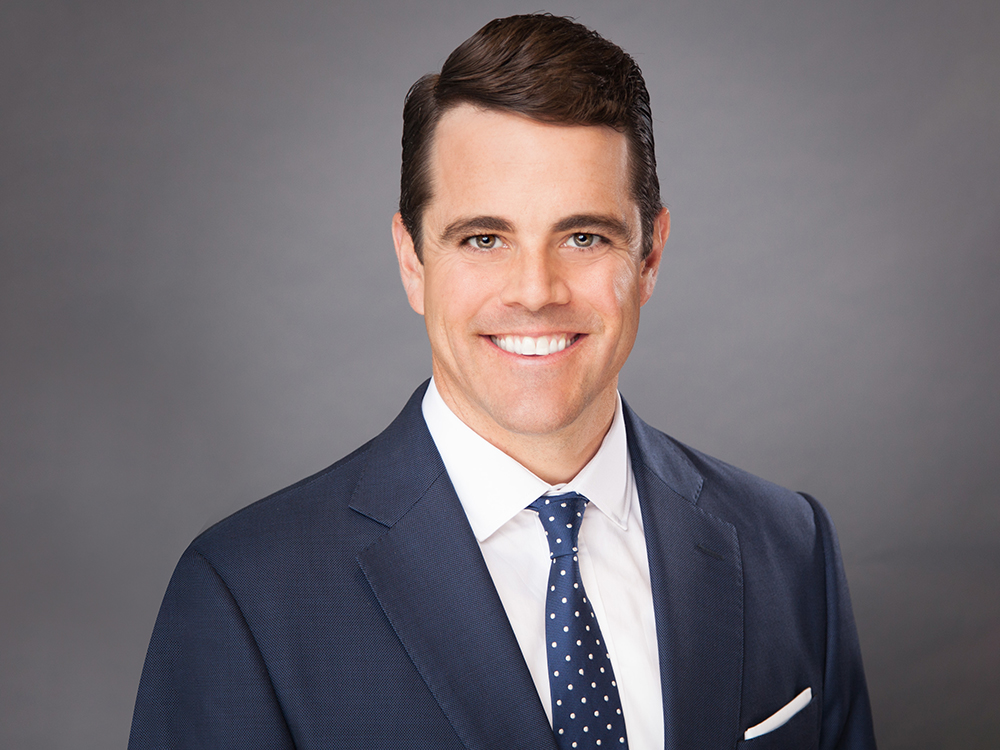 “The student housing capital markets are very liquid again,” asserted Ben Roelke, a Dallas-based executive vice president with CBRE’s debt and structured finance practice and a student housing specialist. That applies to permanent financing for existing properties as well as construction financing, while leverage is kicking up a bit and rates are trending down slightly.

Though the government-sponsored enterprises continue to be selective, strong repeat sponsors will find banks and life companies competing for permanent financing assignments on well-occupied student housing properties in Tier 1 markets.

In April, CBRE closed three acquisition financings representing a 50 percent increase from a typical April. Given this spring’s deal volume driven by pent-up demand, Roelke speculated that the fall—typically the busiest season for student housing deals—might be twice as active as usual.

The equity side continues to display a slight pullback, particularly foreign capital, which has been curtailed by travel restrictions. “That allows some of the domestic institutions that have been beaten out by those groups to be able to acquire some of the deals that have been offered to date,” noted Chris Epp, an Austin, Texas-based managing director with Walker & Dunlop.

Though capital for student housing is more available than it was at the end of 2020, investors are finding that financing at attractive rates remains a challenge. Lenders require higher debt servicing, according to Yardi Matrix’s most recent student housing report. Rent growth remains positive at 1.3 percent but has steadily declined during the pandemic. Preleasing for fall 2021 was at 37 percent as of January, a 4 percent year-over-year decrease, according to Yardi Matrix data.

Berkadia’s student housing team reported an uptick in lender requests for detailed information about a college’s enrollment, occupancy and financial health. The best and broadest debt options tend to coincide with best-in-class market locations. High-credit borrowers will find more flexibility and attractive interest rates, along with the opportunity to explore potential supplemental agency loans. Class B communities with strong operating histories are also sought after by lenders. Debt funds are likely to be more expensive but can also provide a higher loan-to-value, while life companies generally offer the lowest interest rates and the lowest LTV.

The lowdown on investment

Overall, there’s been a flight to quality among lenders to big Power 5 state-supported schools as investors target on-campus assets and those within a one-mile radius. “A lot of the household names are the ones that are really sweeping up new product,” Epp said.

With the scarcity of deals in 2020 balanced by the number of buyers, prices for Class A student housing properties rose and cap rates declined for the seventh-consecutive year. For middle-market properties, there’s been little price discovery because there have been few sales, Epp noted. 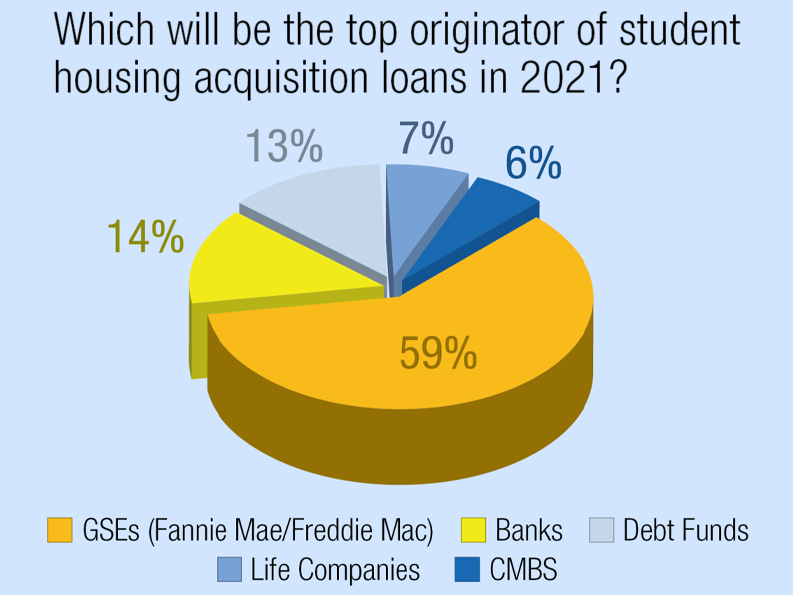 Cap rates on Class A assets fell to a record low of 5.01 percent in 2020, while Class B rates dipped only slightly to 5.75 percent. Class A cap rates are expected to remain at historic lows this year and could slip below 5.00 percent. Until campuses open in the fall—and clarity improves related to preleasing, move-ins and restrictions on gathering—leverage will continue in the 65 percent range.

The Southeast and Southwest will continue to receive the lion’s share of attention from buyers. Assets are typically less expensive in those regions, which will similarly be the standouts for deliveries. On the development side, the Southeast accounts for 38 percent of the beds in the pipeline on track for 2021 delivery, followed by the Southwest with 16 percent, reports Walker & Dunlop, which forecasts a nearly 30 percent year-over-year decline in deliveries nationwide.

Investors are cautious about the Pacific Northwest, California and the East. In those regions, the rise of online learning and stricter guidelines for the return to campus are putting a damper on rent growth and preleasing, according to Yardi Matrix data.

Fannie Mae and Freddie Mac have become the anchor lenders for student housing acquisition even as they continue to scrutinize performance and sponsorship. According to the Walker & Dunlop survey, 59 percent of respondents believe that Fannie Mae and Freddie Mac will be the leading debt source for student housing acquisitions this year. Although the GSEs required student housing borrowers to set aside 12 months of operations costs in escrow, the reserves have largely been unnecessary because operations have remained consistent, Roelke noted.

Where GSE financing is unavailable for a long-term loan, banks, life companies and CMBS are stepping up to fill the void, noted Dave Borsos, vice president of capital markets at the National Multifamily Housing Council. For development financing, the most likely source is a regional or local bank offering loan-to-cost as low as 55 percent, he added.

Assuming the project hits all the marks and lease-up is progressing, borrowers may go straight to permanent financing with the original lender or identify an alternative source of capital, like a debt fund. Borrowers are required to put more equity in their deals because underwriting protocols won’t allow them to overwhelm properties with debt, Borsos noted.

Where mainstream lenders remain selective, more liquidity is coming to market from alternative sources like debt funds and mortgage REITs. Those lenders are actively competing on acquisitions and refinancing of student housing properties, even those that may have experienced a hiccup in operations or comparable issue.

Amid a flight to quality and the focus on Tier 1 schools and repeat sponsors, there is opportunity to be found in Tier 2 schools for borrowers with good lender relationships. Atlanta-based bSidePartners has been working to secure financing for the Prox, a 486-bedroom student housing development across the street from the University of North Georgia’s Gainesville campus. Financing was nearly in place in early 2020, when the pandemic struck and the bank loan that was teed up fell through.

Besides halting the original financing, the pandemic drove up the cost and availability of materials. “It’s made me have to get creative in the way I acquire my material,” said Stephen Klee, principal at bSidePartners. The firm owns three warehouses full of materials it bought out of liquidation. “I’m going to build this project cheaper than anybody can build it, and it’s going to be nice,” he said.

By spring, Klee’s team was back at the deal table, ready to sign for 50 percent LTV, putting in $3 million from its balance sheet and going to market to syndicate the remaining $12 million needed.

Klee was able to get bank financing mid-pandemic to buy 14 acres of land next to the Prox for future development. “Banks hate land loans,” he explains. So he created value by rezoning it, putting up 45 percent of the equity and providing personal guarantees. He credits his success to his 15-year relationship with the lender, Synovus Bank.