California laws that make it illegal for businesses to raise prices sharply in the wake of an emergency are creating concerns that enforcement might produce a de facto statewide rent control on apartments. 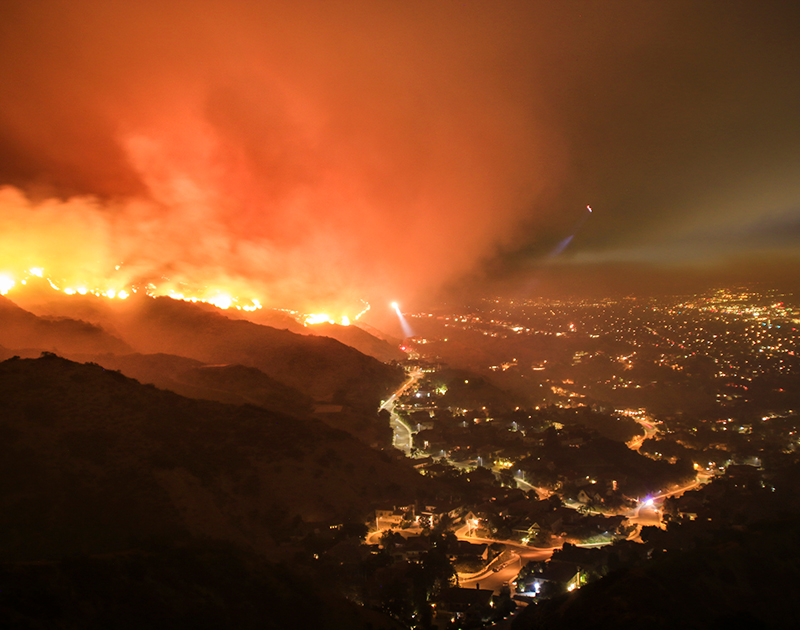 California state law has long limited raising prices on consumer goods or services—including rental housing—more than 10 percent within 30 days after a state of emergency is in effect. But new laws passed in recent years in the wake of wildfires and other disasters have led some in the state’s multifamily sector to worry that the scope of those laws is growing. The lack of clarity involves matters of interpretation and enforcement. Questions include whether the limits on rent growth encompass the entire state or just the local areas surrounding the location of the emergency, and how long the 10 percent limit remains in effect.

The San Diego County Apartment Association (SDCAA) sent out a brief to its members at the end of 2018 that advised landlords to understand how much they can increase rents and to monitor automatic revenue management systems so as not to run afoul of the law.

Molly Kirkland, director of public affairs for the SDCAA, said the trade group is advising its members not to raise rents more than 10 percent from April 2018 levels until there is more clarity about the law. “We are erring on the side of caution,” she said. “We want a clear interpretation—if this is indeed in effect statewide and if we are under a 10% rent increase cap.”

The association’s legislative staff has inquired of Attorney General Xavier Becerra’s office how he plans to interpret the statutes, but there has been no response yet. Becerra’s office has not replied to phone or email messages seeking comment.

California statute AB 1919 was passed last year in response to the devastating wildfires that hit the state and went into effect on Jan. 1. The law states that the base level of rent is the most recent price offered before the declaration of an emergency. If the unit was not previously offered for rent within a year of the emergency, the base price is set by fair market rent established by the U.S. Department of Housing and Urban Development.

AB 1919 makes it illegal to evict tenants during the emergency period or 30 days after, or to evict a tenant and offer to rent the unit at a higher price. Tenants can be evicted if the proceeding was initiated before the emergency or for non-payment of rent. Under AB 1919, owners can increase rent by more than 10% if the increase is the result of capital repairs or improvements beyond normal maintenance, or if the tenant had agreed to the increase before the emergency was declared. Businesses that fail to comply with state anti-gouging laws can face a fine of as much as $10,000, spend as long as one year in jail, and receive civil penalties of up to $5,000.

While AB 1919 seems straightforward enough, the lack of clarity comes about when considered in conjunction with other state laws. For example, AB 2820, which was enacted following a gas leak in Aliso Canyon in October 2015 that affected the Porter Ranch Community north of Los Angeles. AB 2820 says that anti-gouging laws previously on the books can apply “statewide” for 30 days after a state of emergency is declared by local, state or federal officials, according to the SDCAA brief. AB 2820 also states that anti-gouging rules can be extended for as many as 180 days after an emergency declaration.

The idea behind AB 2820 is that disasters impact more than the immediate area of the incident. However, extending the potential enforcement of anti-gouging laws statewide and potentially increasing the period in effect adds layers of interpretation for enforcement authorities.

What’s more, emergencies are not necessarily uncommon. California authorities have declared a spate of emergencies in recent years for natural disasters including wildfires and floods. Most recently, former Gov. Jerry Brown enacted a state of emergency in November 2018 for Butte, Los Angeles and Ventura counties following wildfires. The order states that the provisions of the penal code on price gouging are in effect through Nov. 8, 2019. Although the order states that the anti-gouging provisions are in effect “for those counties,” the question is whether other laws, such as AB 2820, extend the limits statewide—or at least to nearby counties.

It is also not yet clear how strictly authorities will interpret the provisions of these laws. There have been a handful of charges filed against landlords that raised rents sharply immediately after a fire. In one case, a homeowner was charged with raising rent on a house by 58 percent, and in another case the rent increased 35 percent. Prosecutors are said to be considering charges in at least a dozen more cases, some in counties under emergency declarations and others in adjacent counties. In the few cases that have been adjudicated to date, landlords have paid a fine and agreed to reduce rents to statutory limits.

It remains to be seen how authorities will enforce the law for multifamily owners that raise rents more than 10 percent during the normal course of business. Some landlords, however, report that they are limiting rent increases out of a reluctance to test the system, or that tenants are reminding them of the law and might potentially fight rent increases through legal action.

Limited Development and the Housing Crisis

The price gouging issue takes place amid a backdrop of a housing crisis in the Golden State. Housing costs in California have spiked as NIMBY-ism and over-regulation have limited development to far less than the demand for units. California metros are among the highest in the country in rent growth. As of December 2018, California metros with year-over-year rent growth above the 3.2 percent national average included the Inland Empire (5.5 percent), San Jose (5.2 percent), the San Fernando Valley (4.7 percent), Sacramento (4.4 percent), Los Angeles (4.2 percent) and San Francisco (3.7 percent). Those figures indicate that any extended emergency limits on rent growth would have an impact on the operations of many properties.

The housing crisis propelled Proposition 10 to be put on the ballot last year. The referendum would have repealed the 1995 Costa-Hawkins Act, which limits the ability of municipalities to enact rent control measures. Voters rejected Prop 10 by a wide 62-38 percent margin, but the issue of controlling housing costs is not going away.

One possibility is that legislators and new Gov. Gavin Newsome will use the rise in costs and questions surrounding the emergency limits to negotiate a housing plan with the developer community. The starting point for talks could be along the lines of recommendations in a report on the crisis released last May by the University of California at Berkeley’s Terner Center for Housing Innovation.

The report notes that more than half of California’s renter community spend more than 30% of their income on rent and roughly a quarter spend more than 50 percent. The report proposes a set of carrots and sticks to increase the amount of affordable housing stock. The stick part of the plan involves an “anti-gouging” rent cap that would make it illegal to raise rents above a specific amount, to be determined annually by formula. The carrot encompasses property tax relief for developers of new and rehabbed below-market rental buildings.