The renovated Quail Park of Lynnwood, which currently has 130 units, will include 252 units and enhanced assisted-living services. 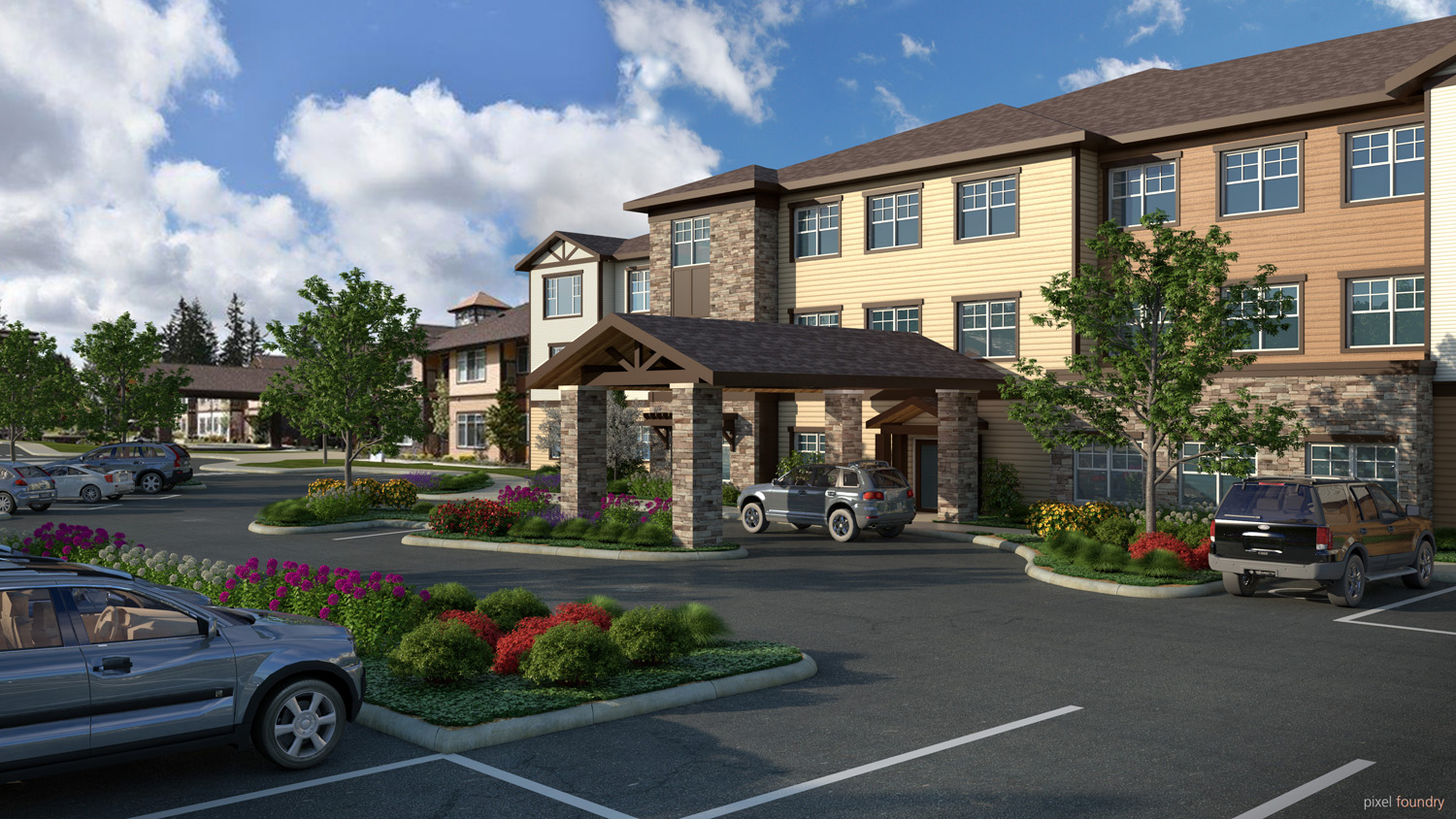 Chicago-based CA Ventures’ senior housing division CA Senior Living LLC is launching an expansion of Quail Park of Lynnwood, a senior housing community in Lynnwood, Wash., a Seattle suburb. The expansion will nearly double the number of units at the community. The current 130 units will be expanded to 252 units, with the addition of 96 assisted living apartments and 26 independent living units in 13 duplex cottages.

A three-story, lodge-like structure at 4015 164th St. SW, Quail Park of Lynnwood currently features a mix of independent living, assisted living and memory care residences. Assisted living residences to be added in the expansion are studio, one- and two-bedroom floor plans ranging from 410 to 1.052 square feet in size.

“[The development] had an incredibly fast lease-up and 50-person wait list. And the project was only 2.5 years old, had state-of-the-art technology, had amenities such as in-unit washer-dryers and had big spacious floor plans.

“So it fit our eye as something we ourselves would construct to meet the demand.  And there was excess land that came with the project that we were able to entitle and purchase to expand to 252 units with cottages.”

Ability to nearly double number of units at Quail Park brought with it substantial business benefits. “When you are able to add units, you improve your margin because you are able to amortize the inherent fixed costs of the operation over more units,” Burke said.

“We were able to provide additional points of entry to serve other categories of demand, mainly providing an option for cottage-style living, as well as enhanced assisted living to serve a higher-acuity resident who may not need memory care but is very frail.”

The major negatives to moving ahead with the expansion centered on construction-related disruption to the existing community from traffic, noise, dust and other issues.

“We were able to mitigate that through several strategies,” Burke said.

“The operator is based in Seattle, is very hands on and has a great connection to the community. We were able to deliver an extra dining room earlier as an amenity for residents to help get ahead of issues caused by construction. Third, we’re providing valet services to existing residents while construction is ongoing. And fourth, there is a very active resident council there, and we’ve had many meetings with them to keep them updated on the progress of the renovation.”

First deliveries are slated for September 2019.