Building the Tallest Residential Tower West of the Mississippi

The Independent, a 58-story condo tower destined to be the tallest residential building west of the Mississippi River, is set to rise in downtown Austin, Texas. 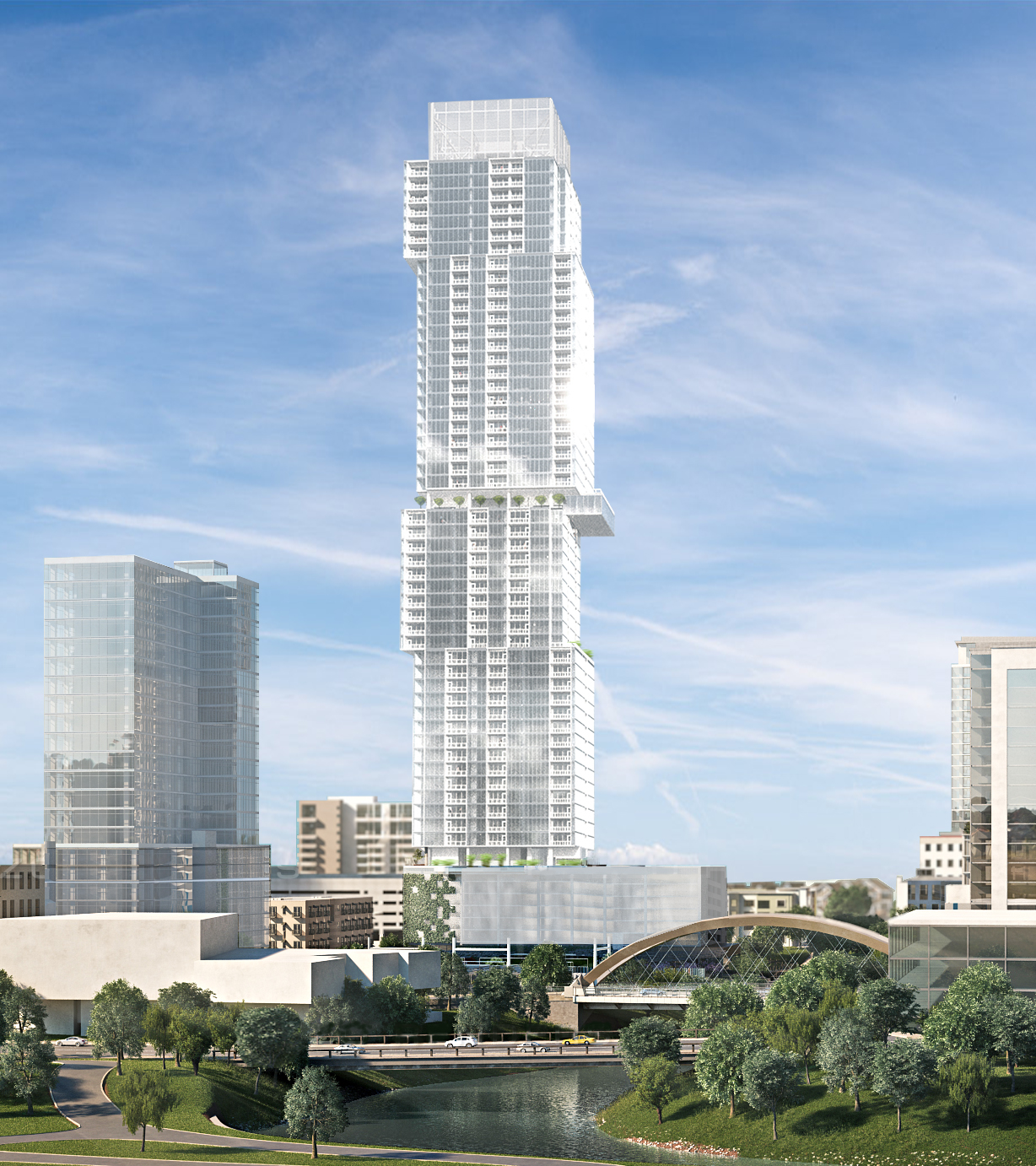 Austin, Texas—The Independent, a 58-story condo tower destined to be the tallest residential building west of the Mississippi River, is set to rise in downtown Austin, Texas. The building will feature 370 condominium residences, including a mix of one to three-bedroom homes ranging from 675 to 3,485 square feet.

The 950,000-square-foot project, on a 1.7-acre site at the northeast intersection of West 3rd Street and West Avenue, is a project of Constructive Ventures and its development partner Aspen Heights. “The Austin market has repeatedly proven itself with the fast absorption of well-positioned condo projects downtown,” Perry Lorenz, principal, Constructive Ventures, told MHN.

“For perspective, the nearby Seaholm Residences were all reserved in one week’s time and all units are under contract months before the project opens in early 2016. This building’s location is every bit as strong, with an even stronger amenity package. There’s also the inherent strength of Austin’s population growth, which has basically doubled in size every 25 years since it was founded.

“More than 180,000 people are anticipated to move to Austin in the next three years, and the city fundamentally supports the notion that projects such as this help accommodate growth in the best possible way. All that led to this site being the right project in the right place at the right time.”

The challenge Constructive Ventures faced in Austin is one that will only become more pronounced in the future, Lorenz said. That obstacle is finding ideal sites for condominium development projects.

“Buyers want it all, quite frankly: a killer location, views and amenity package,” he said. “The greatest challenge is finding a site that can deliver all that, and this one does. An additional challenge in Austin is the Capitol View Corridors, which restrict height from a number of locations to preserve views of the State Capitol. This site is just outside one of those corridors, so the sky was the limit in terms of height. The rest is a matter of solid engineering and construction.”

“Austin is ready for a tower that caters to every stage of life,” Lorenz said. “The Independent is located at the nexus of all downtown has to offer, [with] immediate connectivity to the trails, Lady Bird Lake and two grocery stores, including Whole Foods’ flagship store. [It is] within short walking distance to the new central library, the Seaholm and Green Water sites, as well as an array of dining, arts, entertainment, and shopping options.”