The biggest risk is that those wanting to develop may not be aware that a portion of that land may be situated on fresh or saltwater wetlands. In addition, developing on wetlands is a quick way to unknowingly commit a federal offense. 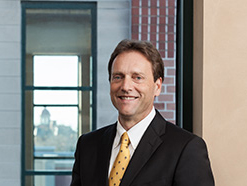 Coastal regions in the Southeast are abundant with wetlands, making it nearly impossible to develop land of any significant size without having to navigate extensive (and expensive) processes to obtain a permit to build.

The biggest risk is that those wanting to develop, whether a major development or a single-family home, may not be aware that a portion of that land may be situated on fresh or saltwater wetlands. In addition, developing on wetlands is a quick way to unknowingly commit a federal offense. The Army Corps regulates wetlands and administers the wetland delineations and permits for both freshwater and saltwater wetlands. That is why it is crucial for any individual planning to develop a parcel for development of any size should be aware of the delineation to identify whether there are wetlands on the property.

It is also very important to know whether there is a current wetlands delineation on any parcel as well as the location and extent of the jurisdictional wetlands on the property. Furthermore, developers need to be aware of any and all land they develop that can be legally filled to build access roads or lay utilities. If a survey, by the buyer or the seller, finds the development will impact wetlands, and it is more than half an acre, an Individual Permit, or 404, is required. Wetlands delineations are typically valid for five years. However, if the project is a long-term master planned community, for example, the Corps may issue a delineation that is valid for longer periods to match the anticipated build-out of the project.

Generally, if the construction or development plan disturbs or impacts less than half an acre of wetlands, the development will be permitted. Otherwise, to obtain a permit, a wetland master plan must be drawn up, including every impact the development will have on wetlands. Next, an application to the Corps of Engineers must be submitted. The Corps’ general approach is to put the onus on the applicant to develop a plan that entirely avoids impacting wetlands. While the organization tends to frown on filling wetlands in a building lot, the Corps may be sympathetic if it’s a small portion when road access to the larger part of the property is needed.

Developers must be aware that any construction impacting a wetland, or the filling of an existing wetland, without obtaining proper approval, is a federal offense subject to fines and penalties as well as the total shutdown of the site and/or a requirement to restore the impacted area.

Due to the process’ extensiveness, one should begin as soon as impacts on wetlands can be reasonably forecasted. For example, it recently took The Beach Company two-and-a-half years to obtain one permit. Most developers will go through a series of public participation and comment as well as a public hearing before obtaining the necessary permit. One should always consider the regulations specific to his or her state, as rules vary.

Kevin O’Neill’s career spans three decades in both public and private sector planning and development. Hailing from Toronto, Ontario, he holds a degree from Ryerson University in Urban and Regional Planning. His prior experience includes acquisition and development of large-scale master planned communities, residential subdivisions, mixed-use projects, high-rise condominiums, commercial buildings and business parks. His work at Sterling on the Lake garnered many awards including “Master Planned Community of the Year,” and “Best Amenities Package” from the Greater Atlanta Homebuilders Association.