Everything our industry thought it knew about parking could be set to change as consumer car habits evolve, especially in more urbanized areas. 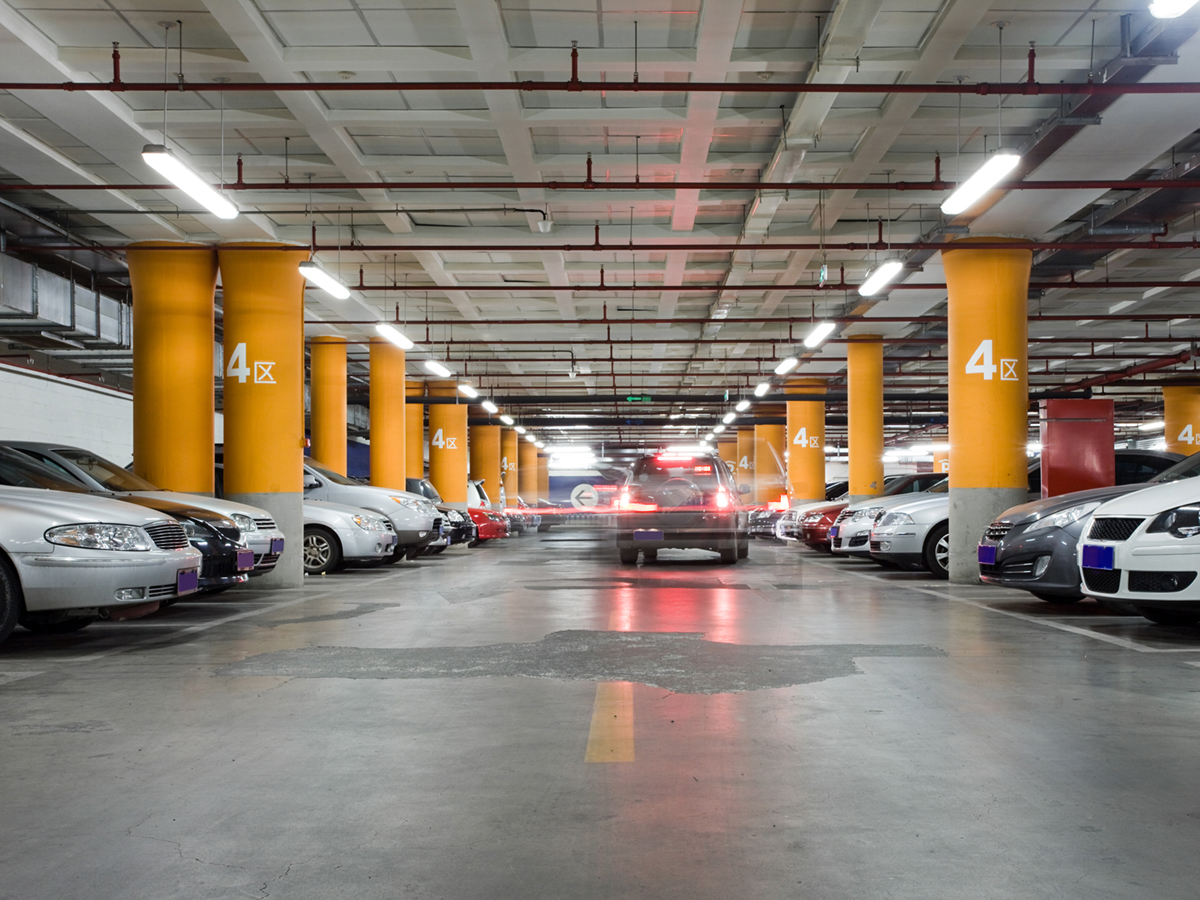 In multifamily and mixed-use development, we design as much for cars as we do for people. Parking requirements are without doubt one of the very first things site planners and designers look at when contemplating a new development. They do back-of-the-envelope math to figure out how much parking they need, how much can actually fit on the site and how much it’s all going to cost, the answers to which ultimately shape the design, pricing and value of our apartment communities.

But new technologies, changing consumer habits and noteworthy shifts in public policies and priorities are rapidly rewriting the traditional rules for parking, particularly in more urbanized cities and suburbs. How much is needed, where it is needed and for what purposes are increasingly up for debate, along with the value of the space to owners, residents and the local neighborhood at large.

But this is all happening while we’re putting projects in the pipeline, meaning we could be building something today that could soon be misaligned with the needs of tomorrow. Without a more forward-looking approach, we risk delivering expensive parking solutions that ultimately underperform. The challenge for developers and architects is to look at these trends and figure out how to design parking that can transform as needs evolve, adding long-term value to our buildings and communities.

How much have our car habits changed? At first blush, it wouldn’t look like a lot. In fact, last year, U.S. vehicle sales set a record at 17.5 million, thanks in large part to more Millennials buying cars. Whether or not the sales continue at the same clip remains to be seen, but given domestic population growth, projections are that they will grow through the decade, hitting roughly 21.4 million annually in 2020.

But survey data analysis also shows that parking interest declines to some degree when residents live in denser areas, as measured by households per square mile within a ZIP code area. For example, an average of 94.5 percent of apartment residents located in areas below median density (under 50th percentile) say parking is important, ranking it a four or five on a scale of one to five, with five being extremely important. But for those living in the densest areas (95th percentile), that figure drops to 88.3 percent. It’s still high, but the decrease is noteworthy.

While people are still buying cars and want parking, that doesn’t necessarily mean that their mobility habits have stayed the same, especially in denser urban and suburban areas. A recent McKinsey & Co. article argues that urban mobility is at a tipping point. Traffic, congestion and pollution are approaching—or even have reached—an unsustainable level, leading to an uptick in both so-called “multimodal” services, where users combine walking and/or biking with public transport, and shared transportation services. 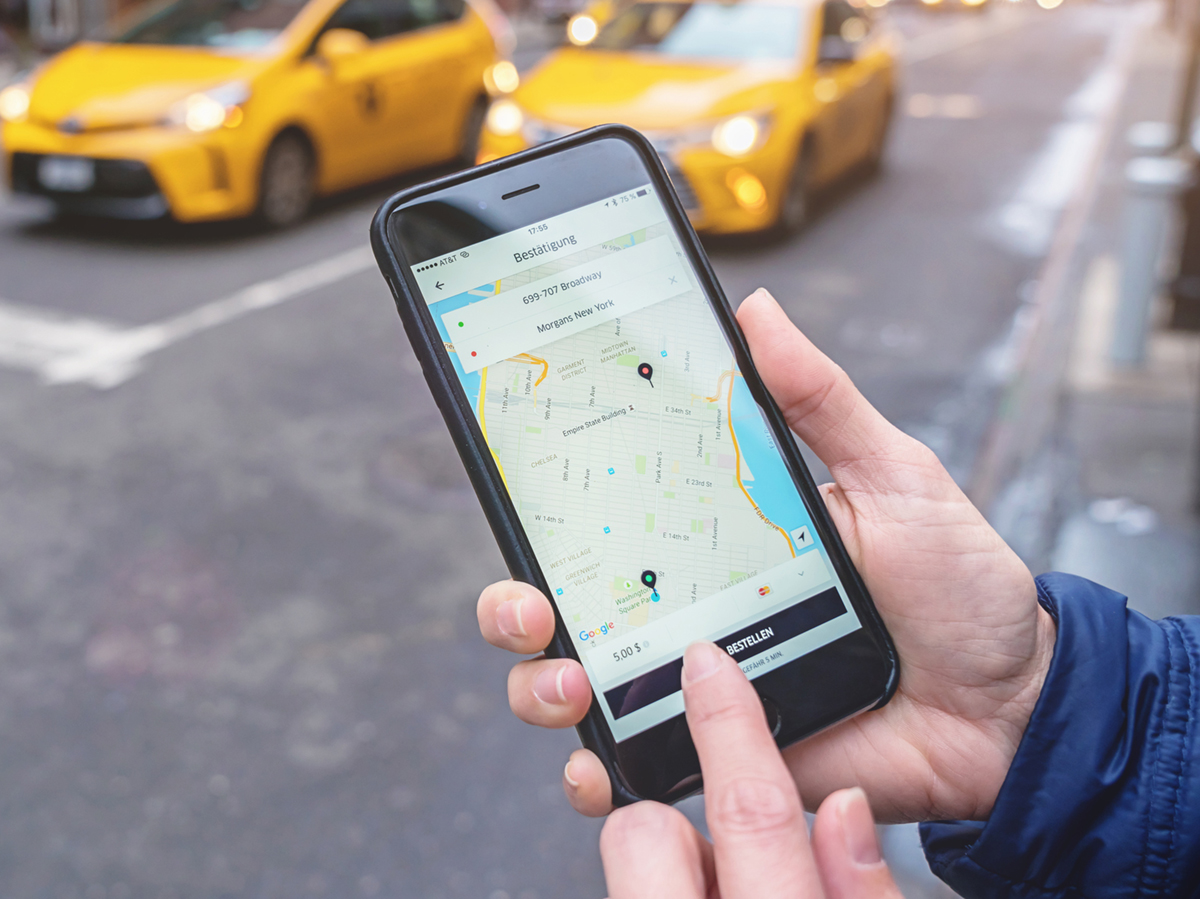 A recent report from the Transportation Sustainability Research Center at the University of California at Berkeley shows the number of car-sharing users in the U.S. has grown nearly 1,300 percent, to more than 1.6 million, between 2006 and 2014, while the number of car-share vehicles has grown 626 percent during that same period. Car sharing services such as Zipcar and Car2Go have long been the leaders in the sector, but other major auto manufacturers—like Audi, BMW, General Motors and Jaguar Land Rover—are also entering the mix, putting their own branded spin on the service.

On-demand ride-hailing services like Uber and Lyft are taking the concept of shared transportation another step, allowing users to make a real-time request for a car and driver via a Web-based mobile application. A new report on the Digital Economy from the Pew Research Center shows that currently 15 percent of Americans have used a ride-hailing app. But the popularity of the services in highly urbanized areas and among the under-30 set—who are seven times more likely to use ride-hailing services than those 65-plus—suggests the sector still has a lot of room to run.

In addition, more local governments are seeing ride-share providers as potential partners. A number of public transportation authorities have already created formal partnerships with ride-share companies to provide more access and better connectivity for constituents. Deal structures vary, but by helping to fulfill a critical public service in many communities, the sector is securing itself a stable platform for growth.

Site planners, architects and designers should be thinking about how these trends translate to the site. More than reserving a few spots for car-share vehicles in a garage, there may be an increasing need to do things like create ride-share waiting areas or rethink drop-off areas so our communities can better accommodate ride-sharing vehicles without disrupting street and resident traffic.

Decade of the driverless car 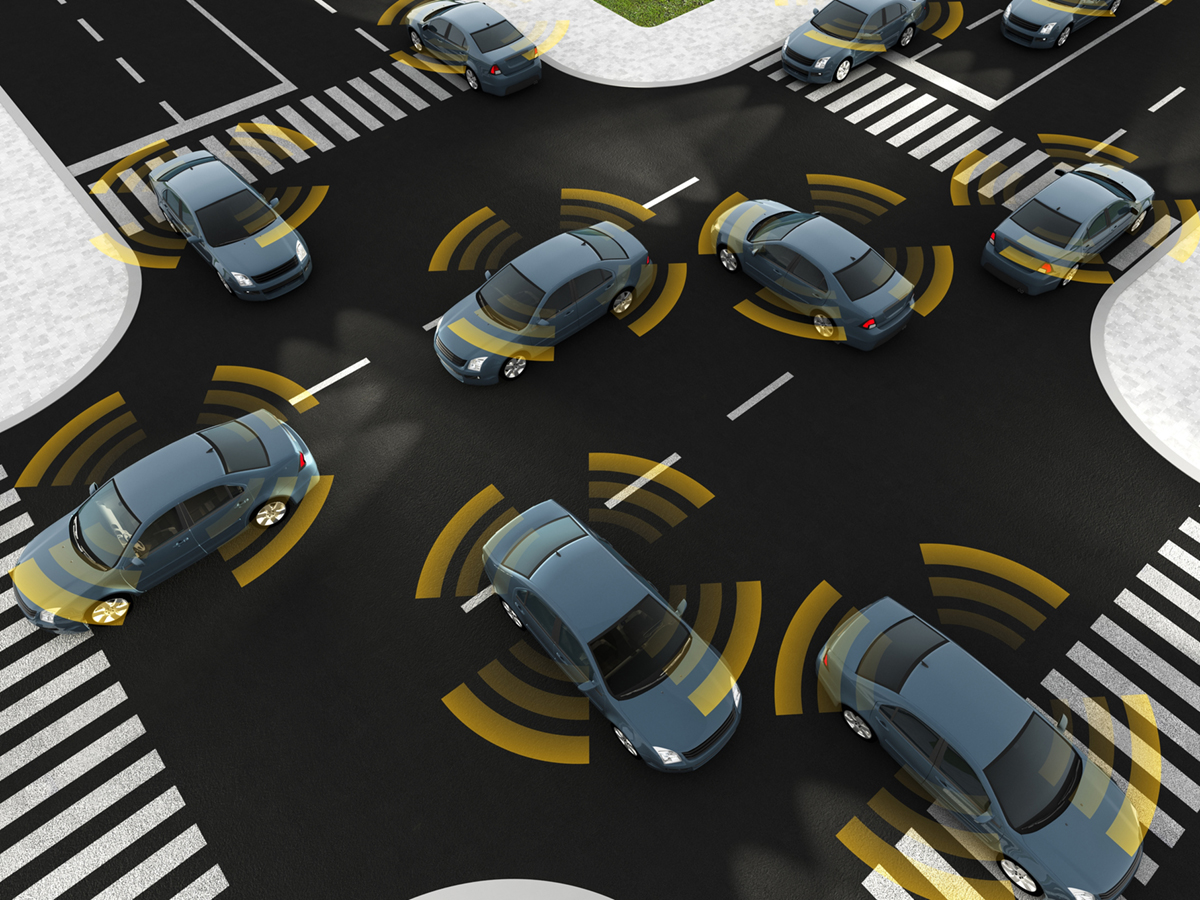 When Google first showcased its driverless car in December 2014, it seemed more pipe dream than prototype. The idea was radically innovative and the technology a marvel, but skepticism over the vehicle’s performance and safety, among other things, seemed to keep the idea from crossing over from moonshot to mainstream.

But we are rapidly approaching that threshold. Nearly all major car manufacturers are investing in driverless technologies and expecting to roll out fully autonomous vehicles in the next three to five years. The technology is already being tested in real-life applications. Robo cabs are in circulation in Japan, Singapore and now Pittsburgh. By most accounts, 2020 is set to kick off the decade of the driverless car.

Boston Consulting Group, for example, estimates that globally there will be 14.5 million autonomous vehicles sold annually by 2025, including the first 600,000 fully autonomous vehicles. That represents a market share of between 12 and 13 percent of all vehicle sales. Fast forward another 10 years and BCG expects that share to double, with about 12 million of those vehicles being fully autonomous.

While the tech industry has been leading driverless cars’ shift into higher gear, the government is also helping pave the way. In January, President Obama’s proposed budget included a $4 billion line item to support research and infrastructure projects associated with self-driving cars. And then in September, the National Highway Traffic Safety Administration released its Federal Automated Vehicle Policy, effectively endorsing the technology by outlining a regulatory framework.

As one tech writer put it in a recent article, “This technology promises to radically remake the very form and fabric of our cities, even if it remains to be seen just what those changes will look like.”

But it’s pretty safe to say that the convergence of these trends has, at the very least, some big implications for traditional parking solutions. It’s estimated that there are between 105 million and 2 billion parking spaces for roughly 300 million vehicles in the U.S. More astounding is that these automobiles are parked for roughly 95 percent of the time, according to Parksmart, the U.S. Green Building Council’s sustainable garage certification program.

Car-sharing, ride-sharing and driverless cars have the potential not only to take more cars off the road, reducing parking demand, but also to change how often and for how long cars are parked. Moreover, other technologies like shared parking apps CARMAnation, Rover and WhereIPark, which allow users to rent out their privately owned parking spots when not in use, can also potentially help manage a more efficient use of parking spaces.

These changing habits are set to reshape the physical design of our parking areas. For example, if residents use their cars less often, it’s possible to imagine that more stacked parking could make better use of space. More radical is the idea that smarter cars mean smaller spaces, providing either for more parking density or free square footage for activation. In fact, experts at one Boston-based architectural firm estimate that advancing car technologies could reduce overall demand for parking by 61 billion square feet by 2035.

Some of that space has already been built, so the challenge will be how to reposition what had been necessary and utilitarian space into an active component of an apartment community. However, some has yet to be realized, leaving planners, architects and designers an opportunity to find creative executions whereby parking spaces can ultimately transform into housing, office and retail space down the line. Some cities like Boston and Denver are already moving in that direction.

At the end of the day, building parking is expensive—to the tune of anywhere between $20,000 and $40,000 for a 130-square-foot slot. And not only does it cost developers and owners, it adds to housing costs for our residents. A recent study estimates that carless renters pay $440 million each year for parking they don’t use, which works out to a 13 percent rent premium. 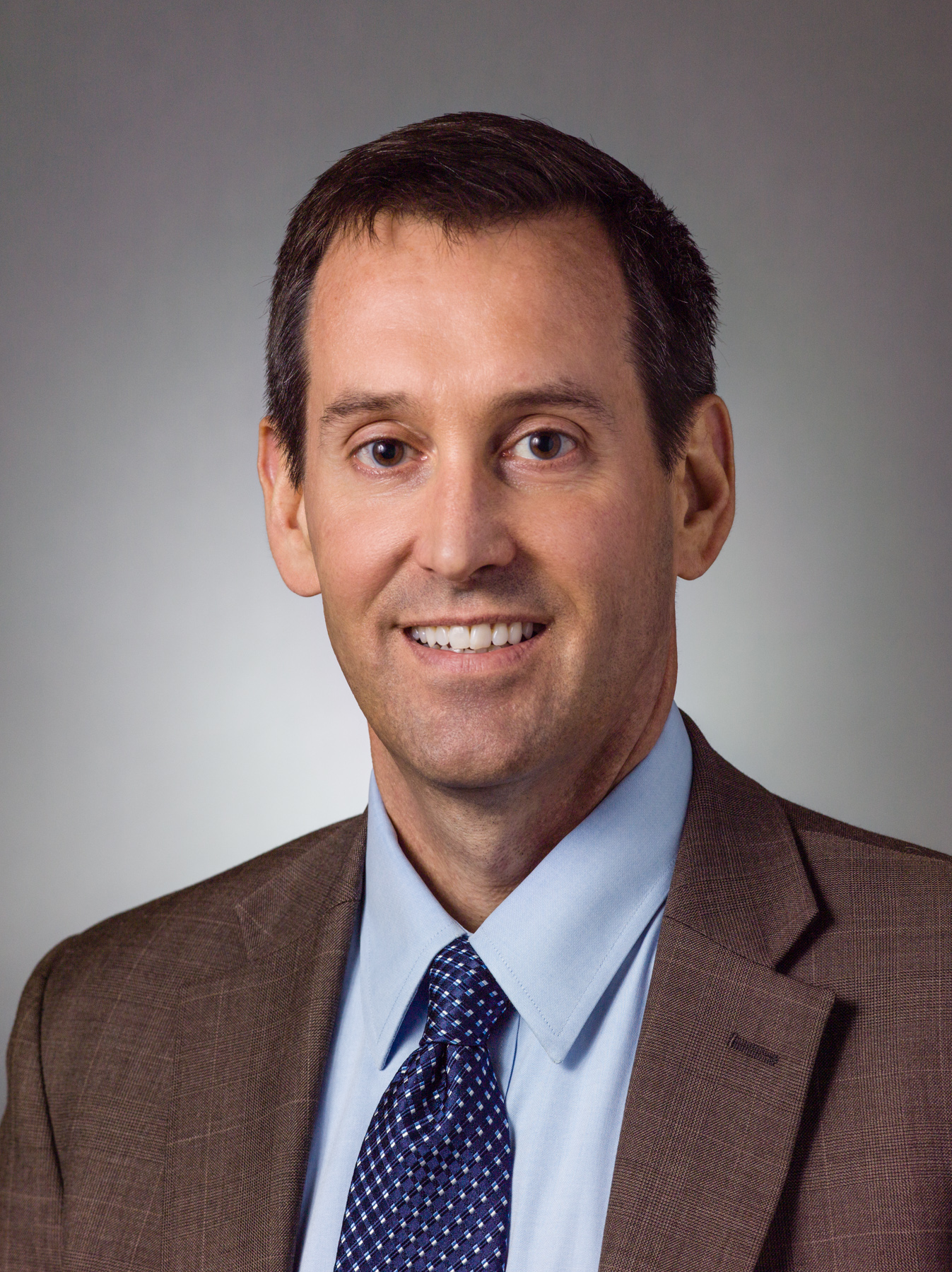 So as a building and development community, we need to follow these trends closely and think about the implications for the physical form of our communities. During the 1920s, the mass introduction of automobiles had a profound impact on the built environment. As we move into the 2020s, we could be looking at the next transportation revolution. Until we have a clearer idea of how the changing transportation landscape will affect real estate, it seems that designing as much flexibility into our parking areas as possible is the best way to prepare for a multimodal transportation future.

Rick Haughey is vice president of industry technology initiatives for the National Multifamily Housing Council (NMHC) in Washington, D.C. He can be reached at [email protected]

Originally appearing in the December 2016 issue of MHN.