Preston Hollow Community Capital provided the financing for a BTR project in a master-planned development. 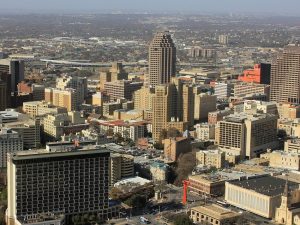 Brooks Development Authority has landed a massive amount of financing for its latest residential project that’s part of its overall mixed-use development in San Antonio, Texas. Preston Hollow Community Capital provided the $185 million in tax-exempt bond financing to Brooks, which will use it to develop a build-to-rent residential community called Los Cielos.

Los Cielos will be the latest residential project as part of Brooks Development Authority’s ongoing plans to redevelop Brooks into a large-scale mixed-use community. The site’s former life as the Brooks Air Force Base came to an official end in September 2011. Since then, it was taken over by Brooks Development Authority who sought to transform it into a catalyst of economic development for the area. Now, Brooks is an ever-growing mixed-use community with residential, office, hotel and public space, while also being a Qualified Opportunity Zone.

Being a massive master-planned development, Brooks has already begun attracting companies and developers. In 2021, the Prague-based information tech and telecommunications firm Okin Business Process Services invested $23 million for a new headquarters within Brooks. Brooks also attracted local developer Terramark Urban Homes to construct Southlake, a 60-unit community that broke in 2021. Earlier this month, Brooks also saw the start of construction for WatersEdge I & II, a two-building office property totaling 200,000 square feet, scheduled for its first tenants by the end of 2023.

Besides companies and developers, PHCC has also signed onto Brooks’ mission to create a successful live-work-play environment in San Antonio. The company has been investing in Brooks since 2015 when it first purchased Brooks Development Authority’s inaugural $54.9 million tax-exempt bond issuance. Since then, PHCC has provided an additional $43.5 million in tax-exempt debt to the overall project and $74.6 million in Opportunity Zone equity. In total, PHCC’s investment in Brooks with the latest bond issuance comes to $358 million.