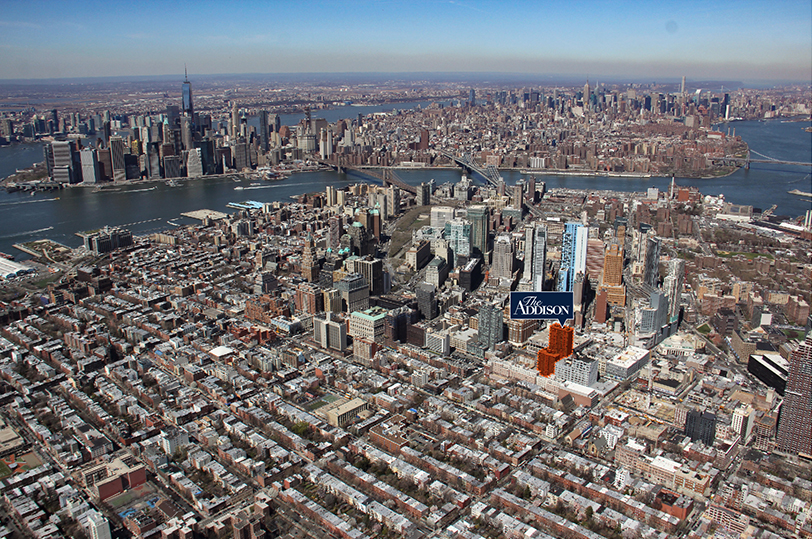 New York—The Addison, a 271-unit, high-rise apartment property in downtown Brooklyn, has sold for $154.25 million. Waterton Associates LLC was the seller of the property at 225 Schermerhorn St., while Bentall Kennedy U.S. LP was the buyer, on behalf of Multi-Employer Property Trust.

The property has a history going back to the recession. The seller took control of the asset in late 2010 via the acquisition of a $110 million construction loan from iStar Financial and a $24.5 million mezz note held by Archstone. For its part, Bentall Kennedy purchased the property free and clear of existing debt.

Completed in 2011, The Addison comprises two buildings: a 26-story and 15-story tower. All together the buildings feature 65 studio, 117 one-bedroom and 89 two-bedroom units, a small portion of which are designated affordable rate. The property also has three fully leased ground-floor retail storefronts totaling 6,610 square feet and a 109-space, below-grade parking garage.

Brooklyn’s apartment market isn’t ailing, but it has cooled off somewhat in recent months, according to MNS. In its latest report on the borough’s market, the company said that over the last month, rents have decreased across the borough by 2.25 percent, from an average of about $2,771 to $2,709. On average, rents decreased in all Brooklyn neighborhoods in November except for Bay Ridge (up 0.4 percent) and in Cobble Hill (up 0.2 percent), and the decreases ranged from 5.7 percent to 0.6 percent.