The community is a five-story apartment development with 247 units. 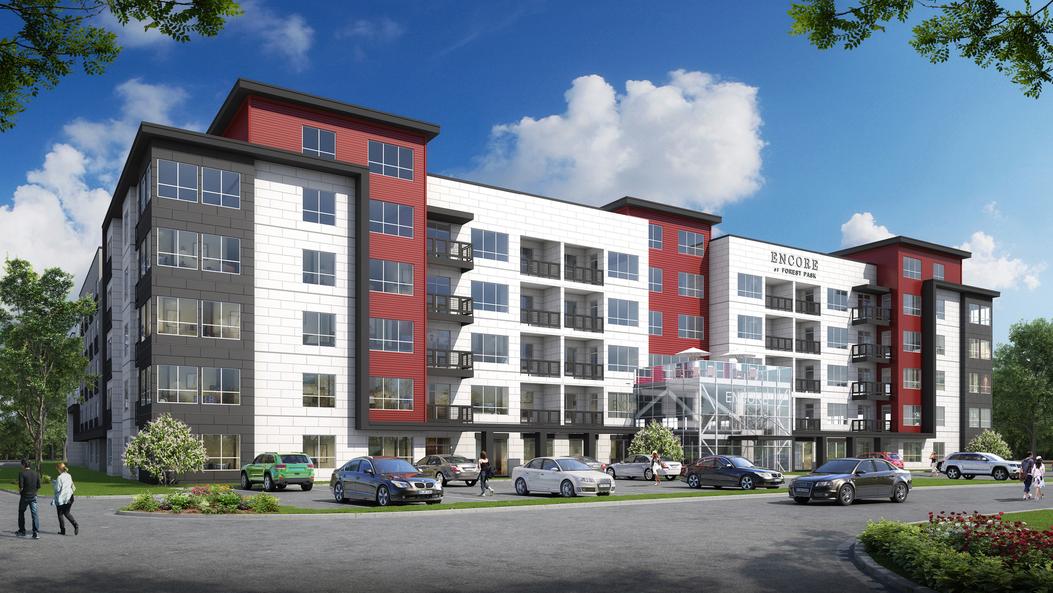 St. Louis—Work has started on Encore at Forest Park, a five-story apartment development with 247 units. The building will be surrounded by a mixture of office mid-rises and retail as a part of the Highlands at Forest Park redevelopment on the land previously occupied by the St. Louis Arena, which was demolished in 1999.

The property is the second joint venture between Balke Brown Transwestern and the AFL-CIO Building Investment Trust (the BIT). Balke Brown and the BIT previously completed Cortona at Forest Park, a 278-unit multifamily property directly next to Encore.

St. Louis is a fairly tight apartment market, though the metro area’s population isn’t currently growing that much, so longer-term demand is hard to predict.

The Encore was designed by Humphreys & Partners and built by Holland Construction. The two companies teamed up previously on Cortona at Forest Park, as well as the Heights at Manhassett and the Residences at Sunset Ridge in Des Peres.

Over the BIT’s 28-year history, the fund has invested more than $130 million in St. Louis for the development and acquisition of nine projects. Those include 525 housing units and 1.48 million square feet of commercial real estate.