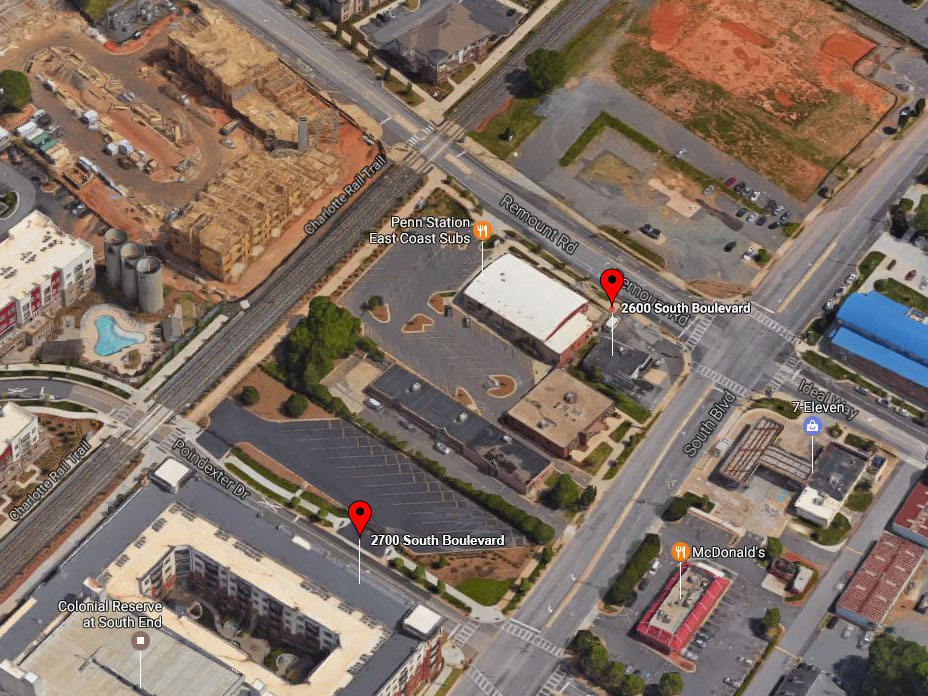 Charlotte, N.C.—HFF’s Carolinas investment sales team recently closed a $5 million sale of a 2-acre site for two separate clients. A 1-acre parcel was marketed on behalf of Pepsi Bottling Ventures and the rest was marketed on the McRee family’s behalf. Bainbridge Cos. purchased the adjacent sites free and clear of existing debt. Prior to the sale, Bainbridge rezoned both sites to TOD-RO (Transit-Oriented Development–Residential Optional) due to the proximity to the New Bern light rail station. HFF worked alongside Foundry commercial to market the offering on behalf of two separate clients.

Situated between the 2600 and 2700 block of South Blvd., at the intersection of Poindexter Drive in Charlotte’s South End area, the parcels are located across Poindexter Drive. A five-story, multi-housing property with 200 rental units above a two-story parking garage is planned for the combined parcels. The property fronts the Charlotte Rail Trail and will feature a courtyard at the corner of South and Poindexter, as well as a decorative accent at the entrance from the public trails that connect neighborhoods such as Sedgefield, Southside Park, Brookhill, Dilworth and Wilmore to Uptown.

“Bainbridge was attracted to the South End’s robust residential fundamentals as the area continues to thrive and diversify into a multi-faceted urban node. The community is designed to intertwine the public linkages with common area gathering spaces to emphasize the site’s key position along the light-rail line and the Rail Trail.,” said Justin Good, HFF’s managing director, in prepared remarks.