Smart devices could have a future as an integral part of multifamily living. 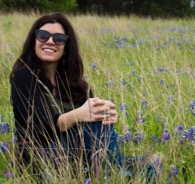 Whether you count yourself as a luddite or a techie, you’ve probably heard the phrase “internet of things” bandied about. Futurists like Ray Kurzweil, Google’s technological soothsayer, are predicting an eventual future of connected devices, predictive responses, digital machine-to-machine communications, and networks of integrated sensors that track environmental and behavioral changes—in essence, a revolutionary shift in home life.

And that future is already well underway. Despite some initial growing pains, business consulting firms like Bain & Company predict that IoT revenues could reach up to $470 billion by 2020, with other forecasts showing a total of 75.4 billion installed devices by 2025, almost five times the amount there were in 2015. And this shift in the technology sector doesn’t just apply to single-family homes. The implications for the rental market are huge. Specifically, a list of smart devices could foreseeably find an integral place in apartments as well.

An apartment’s HVAC systems, refrigerators, washers, dryers and dishwashers are one of the first places renters look to assess a unit in their initial walk-through. It’s also one area in the consumer market that’s seen enormous movement toward integrating smart technology. This year’s Consumer Electronic Show, for instance, a premier showcase of retail tech, was once again heavy on the idea of the “connected kitchen,” with many well-known brands featuring smart refrigerators and ovens.

The oven technology is of particular interest—it’s no secret that an abandoned stove tops a landlord’s list of anxieties. Most of these newer products either communicate with Wi-Fi-enabled smoke detectors or have the ability to send alerts directly to your phone detailing oven use. For landlords who may have recently upgraded appliances, a remotely controlled outlet offers a way to retrofit ovens with this ability, although you’ll need to rely on tenants to check alerts in this case, since only they will know when they’re in or out of the unit. However, considering that cooking equipment—particularly unattended cooking equipment—is one of the biggest causes of household fires, this technology represents a hugely powerful development.

Smart locks increase convenience, but may cause complications in the renting process

Perhaps one of the most exciting smart tech developments, though—at least for property managers—lies in the potential of Wi-Fi-connected locks and security devices. Smart locks with digital interface can be accessed using a unique code distributed through email or text. Because the administrator can set an expiration date on these codes, they’re useful not only for occupied units, but also for when you’re showing an apartment as well. If a realtor or property manager isn’t available when a potential renter wants to see the unit, you can distribute a code to allow them to access the property by themselves.

However, that may mean adapting leases to suit the technology as well. For instance, coded access must be restricted to the renter. Those concerned about renters handing out codes can install locks that recognize thumbprints, or through the renter’s smartphone, but these kinds of features may add administrative burden to the leasing process.

One of the reasons homeowners have been slow to convert to smart tech is due to complications in the setup process. In the past and to an extent even now, devices rely on a number of different communication channels—Wi-Fi, Zwave, Bluetooth—all controlled with a proprietary app on phone. Thankfully, that’s beginning to change, and we’re starting to see more devices that can truly communicate with one another, or at least with a digital “hub” that can act as a traffic cop.

The challenge for landlords in smart rentals will be deciding to what extent they allow residents to personalize their smart settings. For instance, Amazon and Google’s systems both work off a user’s existing account, pulling in their preferences to access past purchases like videos, music, and more. Will tenants be expected to provide their own Echo, for instance, and if so, how can those systems be integrated with the locks, appliances, and security devices already in play throughout the apartment? If not, will landlords allow them to connect to their existing accounts—and in that case, how can complexes guarantee tenant privacy once they leave?

These kind of logistical and security concerns are certainly not new to the tech industry—the press has been raising flags over IoT safety for years now. Before property owners do any kind of heavy investing in smart technology, it would be wise to investigate potential security flaws and perhaps even engage the assistance of an IT consulting group to ensure that tenant data isn’t breached. For today’s property managers, the world of the future may loom large with possibilities, but a step-by-step transition to smarter tech is the only way forward.

Lauren Pezzullo is a writer, editor, and musicophile who’s passionate about vegetarianism and sustainable eating. As an editor for Modernize, she writes about energy-efficient living in the home. She’s currently writing her debut novel.