The Midby Cos. is investing in a 10-year, three-phase student housing redevelopment project, U District, that will be located on the UNLV campus. 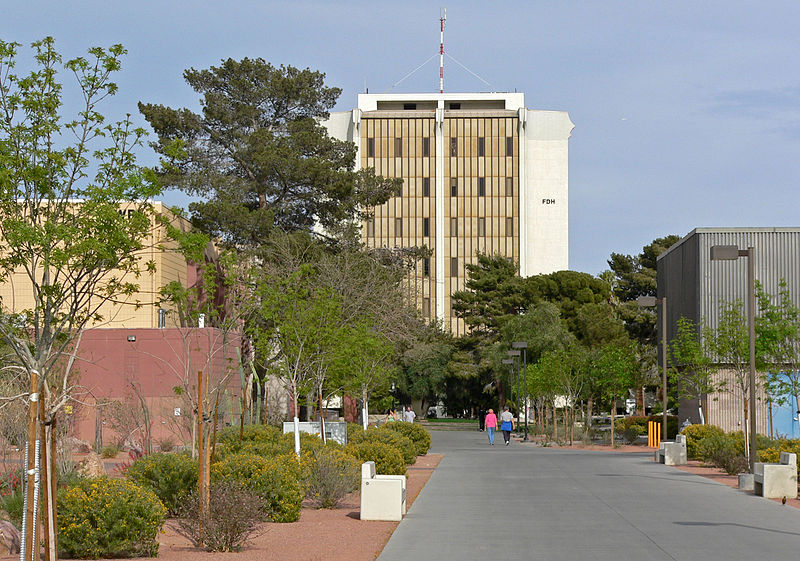 The Flora Dungan Humanities building on the University of Nevada, Las Vegas campus

Las Vegas—Major changes are ahead for University of Nevada, Las Vegas (UNLV) students with the announced three-phase redevelopment of a student housing community at the north end of campus. Local developer The Midby Cos. will be transforming University Park Apartments, a 1960s-era garden-style apartment community, into a modern student housing development called U District.

The company purchased the property at 4529 South Maryland Parkway in 2015 and entered into a 40-year ground lease with the university to redevelop and operate the student housing property. The Midby Cos. will be investing $76 million in the project, which is designed to make the community seem like an extension of the campus, and the first phase is currently underway.

“The Midby [Cos.] has a decades-long tradition of involvement with and support for UNLV … This property was identified in the master plan for the University as an acquisition target for student housing. When our company found out it was available for purchase, we wanted to bring our multifamily experience to the table to create a great community for the students,” Eric Midby, CEO and director of development for The Midby Cos., told MHN.

Midby added that this project is the first new residential development in this part of town in several decades.

“UNLV has traditionally been a commuter school, but that is becoming less and less the case,” Midby explained. “UNLV is increasingly attracting out-of-state and foreign students, and those students want modern and convenient housing. We see this project as being one of the first steps towards the urbanization of UNLV, which will dramatically increase the number of students living in the neighborhood.  The surrounding community will experience a very positive social and economic impact from the increase in students living on and near campus.”

Midby said that UNLV is currently undergoing “quite a bit of on-campus construction and growth” and has projected a need for more than 10,000 student beds, which U District will help alleviate.

Phase I includes demolishing existing structures and new construction will begin in May. A 758-bed building, to be known as The Degree, is scheduled to be ready for a Fall 2017 move-in. The Degree will include a fitness center, study rooms, as well as media and social lounges. A significant feature will be a 2,000-square-foot pool with lounge areas, cabanas and grill stations.

The remainder of U District will be built out in two more phases. Phases II and III will bring the rest of the units that are currently being renovated and rebranded as Legacy LV. The renovated units could remain in service up to the next 10 years, and will be demolished further down the road for future construction of Phases II and III, Midby explained. The first of the newly renovated units will be available for occupancy in Fall 2016.

The general contractor for the project is The Korte Co. and the property manager will be Asset Campus Housing.