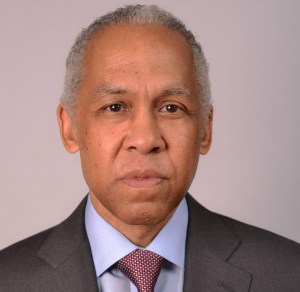 Many affordable home renters are just one natural disaster, financial crisis or health emergency away from housing insecurity. The structural instability and financially precarious state of rental affordable housing becomes more acute with each threat.

Survey participants rated housing policy and other interventions from the past decade, divided into three distinct periods: the Great Recession & Aftermath (2008-2011); Rebuilding in a Divided U.S. (2012-2019); and Pandemic & Social Upheaval (2020-2021)

Briefly, results show that despite gains made by many policy enactments directed towards increased housing production and rental assistance, most underserved populations who comprise the renter universe remain just that—underserved. And simply building more new housing is not the answer either. Additional strategies must be implemented, and services provided to ensure residents can attain and maintain affordable housing.

Here are some of the outstanding findings:

Therefore, what steps ought to be implemented by those inside and beyond the affordable housing industry to ensure more resilient housing? We looked to experts participating in the 2021 NHPF Symposium “A Decade of Rental Housing Vulnerability: Lessons Learned from Financial Crisis to Coronavirus,” including mayors of major municipalities, academics and policy influencers, social activists, and state housing agency funders, for recommendations, which we have condensed to seven workable strategies.

The current awareness of and attention to years of systemic racism have created a sense of urgency, and now there is a strong willingness to redress historic wrongs that have led to persistent racial and ethnic disparities in accessing and remaining in quality housing. Stakeholder recommendations are:

Those queried contend that the policies and events of the past decade plus have negatively affected most renter populations, although some groups of renters have fared better than others. Stakeholder recommendations are:

Survey participants generally considered the most effective programs to be those that focused on increasing the supply of affordable homes, particularly those with wraparound services. These policies have taken the form of capital support, such as the TCAP and credit exchange and the Rental Assistance Demonstration  programs. Stakeholder recommendations are:

Local decisions often determine where and how much such housing can be developed. Zoning and building codes are central to the twin questions of availability and affordability. Effective supply-focused initiatives have eased regulatory burdens, such as by modifying land use policies to allow for greater density. Stakeholder recommendations are:

Most respondents believe that the public, private, and philanthropic sectors have key roles to play in expanding and preserving the supply of affordable housing. Yet, too many existing programs are designed in ways that make collaboration difficult. Programs do not necessarily have similar affordability thresholds, and some prioritize certain types of capital over others. Stakeholder recommendations are:

Respondents acknowledged the urgency of creating housing to withstand the nation’s next crisis and encourage creative financing options. Stakeholder recommendations are:

With 89 percent of those surveyed believing that housing is a basic human right, we challenge everyone in the equation to seek innovative solutions to fund more resilient housing going forward.