Cleme Manor Apartments, the largest community in the Greater Fifth Ward, consists of 25 two-story structures that collectively can house some 1,400 residents. 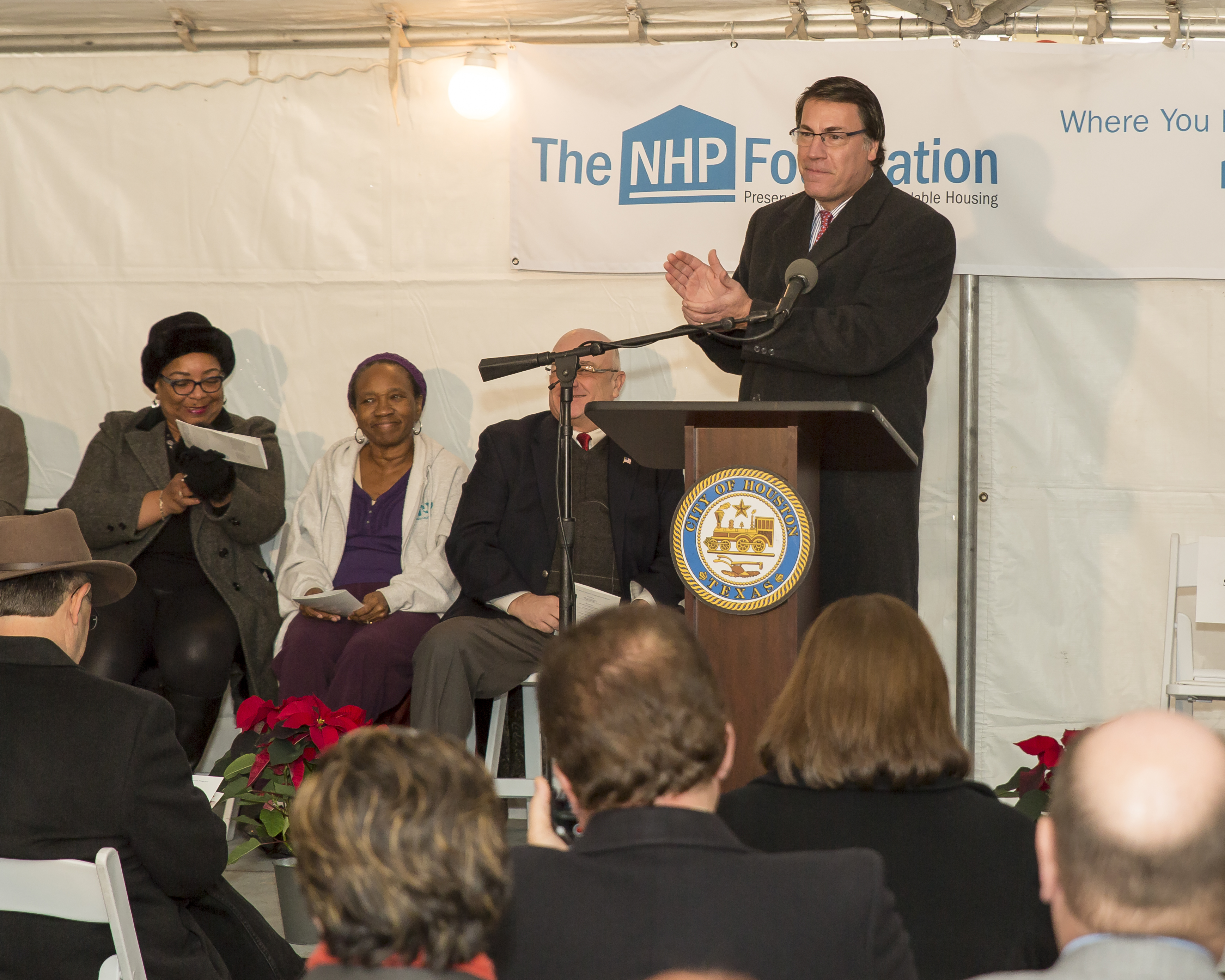 NHP Foundation (NHPF), a nationwide affordable housing not-for-profit organization, received $40.9 million in funding that is going toward a rehabilitation of the 46-year-old apartment community, which it purchased two years ago. The property was purchased through a public-private financial partnership with PNC Bank N.A., BBVA Compass, the U.S. Department of Housing and Urban Development (HUD), the National Affordable Housing Trust, the Texas Department of Housing and Community Affairs and the City of Houston.

Cleme Manor Apartments, which has not seen a comprehensive renovation in more than two decades, consists of 25 two-story structures that collectively can house approximately 1,400 residents. The renovation being undertaken by NHPF includes new drywall installation and water-saving improvements, as well as addition of Energy Star appliances, higher efficiency HVAC units and water heaters, and doors and windows. A new play area is being built, and renovations of the office, community space and laundry facilities are ongoing.

Cleme Manor Apartments is situated immediately south of Finnegan Park and the Finnegan Park Community Center. The Finnegan Park neighborhood within the Greater Fifth Ward is among Houston’s most improved areas. The neighborhood will soon receive $35 million in streetscape improvements, multifamily housing construction, single-family home rehabilitation and improvements to the community center. At the heart of the revitalization effort is the renaissance taking place at Cleme Manor Apartments. Its acquisition and planned rehabilitation in 2014 was instrumental in convincing officials not to close nearby Henderson Elementary, which ensured Finnegan Park children could attend a school close to home.

“This project supports my goal of building complete communities where residents can find good jobs, safe and attractive homes and all the amenities necessary for a great quality of life,” Mayor Turner said. “The Greater Fifth Ward is one of our most historic neighborhoods. Restoring health to this traditionally underserved area will have a tremendous impact on the people living here.”

“Because of its scale, unique needs and the impending aesthetic changes and updates to the neighborhood, Cleme Manor has provided NHPF with an unusually robust change to ‘get in on the ground floor’ and play an essential part in the early stages of an exciting neighborhood revitalization. We are excited and grateful to have this opportunity to deliver a sustainably improved living environment for the residents of the Cleve Manor Apartments, and additional high-quality affordable housing for the City of Houston.”