Multifamily Markets Positioned to Win in 2018

For Independence Realty Trust (NYSE: IRT), the key to building a winning multifamily portfolio has been identifying the most attractive markets, investing in the right assets and executing a proactive and efficient property management strategy focused on long-term ownership.

Looking at the current real estate landscape, select non-gateway markets are thriving in attracting residents and creating jobs, and they are projected to continue outperforming. Their appeal to investors and residents is due in part to relatively lower living costs and access to major employers, many of which maintain a presence outside of the gateway markets. 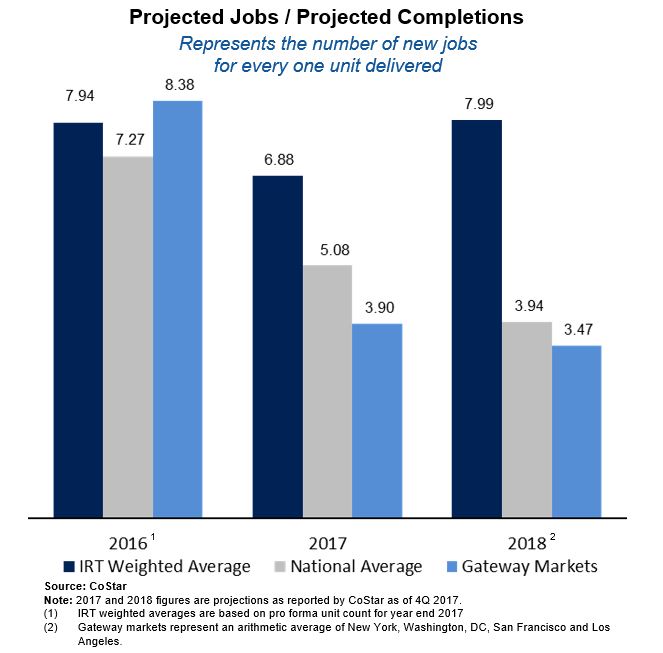 IRT’s markets are projected to outpace the gateway-market and national averages with approximately 8 jobs created for every unit delivered. 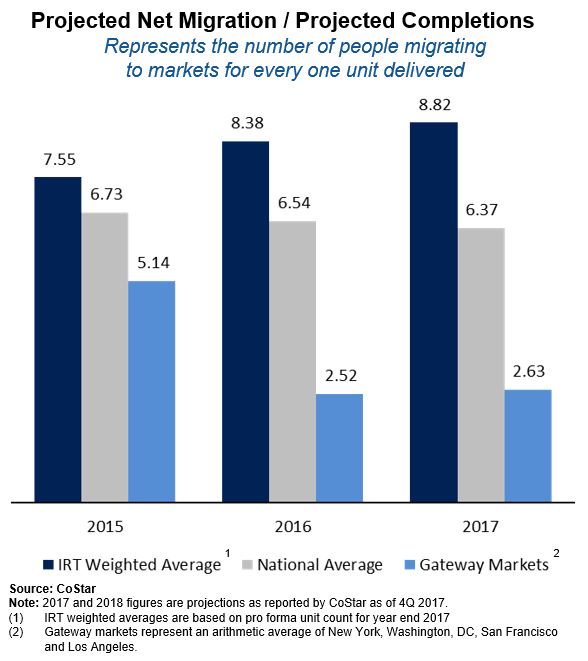 IRT’s markets are also outperforming gateway markets and the national average with nearly 9 people migrating to these cities for every one unit delivered.

IRT has focused its strategy on owning and operating high-quality assets in the best submarkets of key non-gateway MSAs, ultimately enabling the firm to create value at properties in these areas. The success of our non-gateway market investment strategy has been amplified by a focus on owning middle-market communities that are largely insulated from the influx of new supply. Also referred to as Class B assets, this set of communities typically appeals to middle-class residents looking for high-quality, amenity-rich living at an affordable price point.

Finally, winners in the multifamily space manage communities for the long term. One of IRT’s primary initiatives is capitalizing on economies of scale where the firm owns three or more communities. Optimizing IRT’s presence in these markets, the company’s regional managers work with on-site personnel to provide a positive customer experience through best-in-class maintenance and upkeep, while also leveraging IRT’s revenue management platform that optimizes revenue through occupancy and rent growth.

These dynamics are projected to continue in non-gateway markets and middle-market properties in 2018, leading IRT to forecast a strong year for the following three cities. 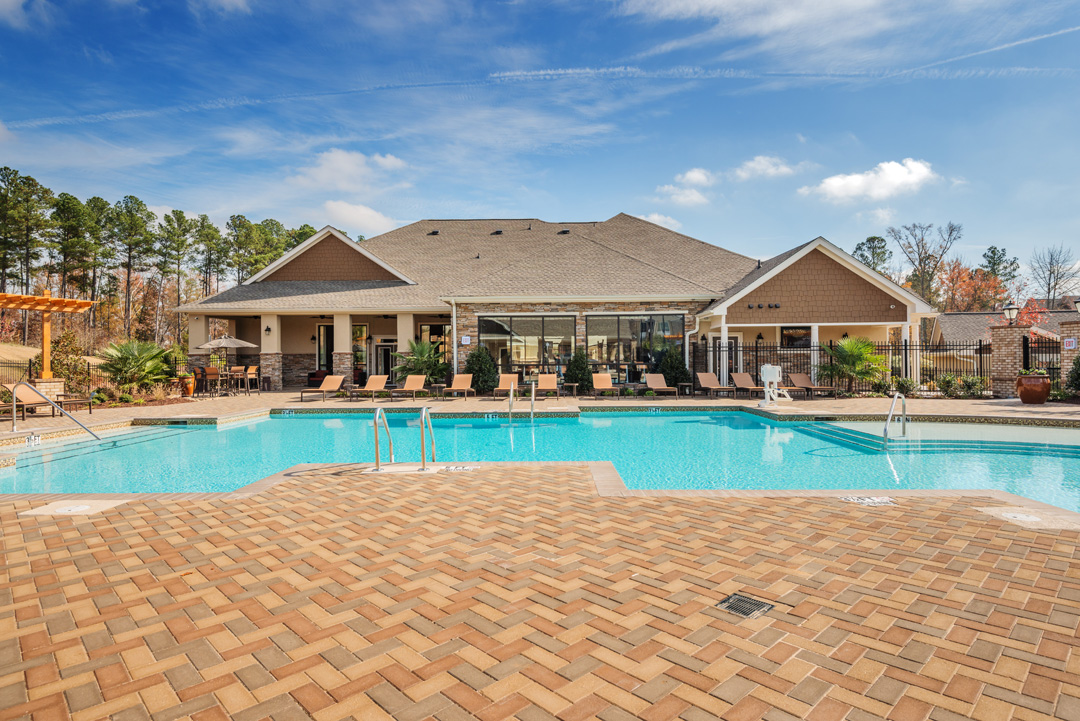 Raleigh-Durham is known for its job market, educational institutions and the health-care facilities that flow from these establishments. Ranked seventh among U.S. News and World Report’s 100 best places to live in 2017, the recognition noted that “The Triangle” is attracting almost 80 new residents each day. Raleigh-Durham offers a compelling opportunity for young college graduates to find employment in the same city as their school, creating a strong pipeline of steady demand growth in the area. With favorable supply dynamics, rent is forecasted to grow 3.1 percent annually from 2018-2021 in Raleigh, and 3.4 percent in Durham for 2018, according to Colliers International. The MSA has proven to generate stable demand, along with a strong tenant pipeline. 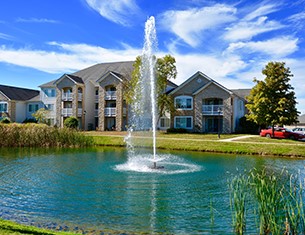 The fourteenth largest city in the U.S. by population and the fastest-growing city in Ohio, the state’s capital city is sprawling. Best known for the presence of Ohio State University, Columbus boasts a thriving job market. Several major companies spanning a breadth of industries—including Cardinal Health, Nationwide Insurance, L Brands and Honda—have headquarters in Columbus. The tightening market boasted 96.7 percent occupancy in the first half of 2017, reported Colliers International. Additionally, Columbus has the fourth-lowest homeownership rate of major U.S. cities, attributed to its large population of Millennials and Baby Boomers. Due to these factors, Columbus continues to show strong demand with high occupancy rates. 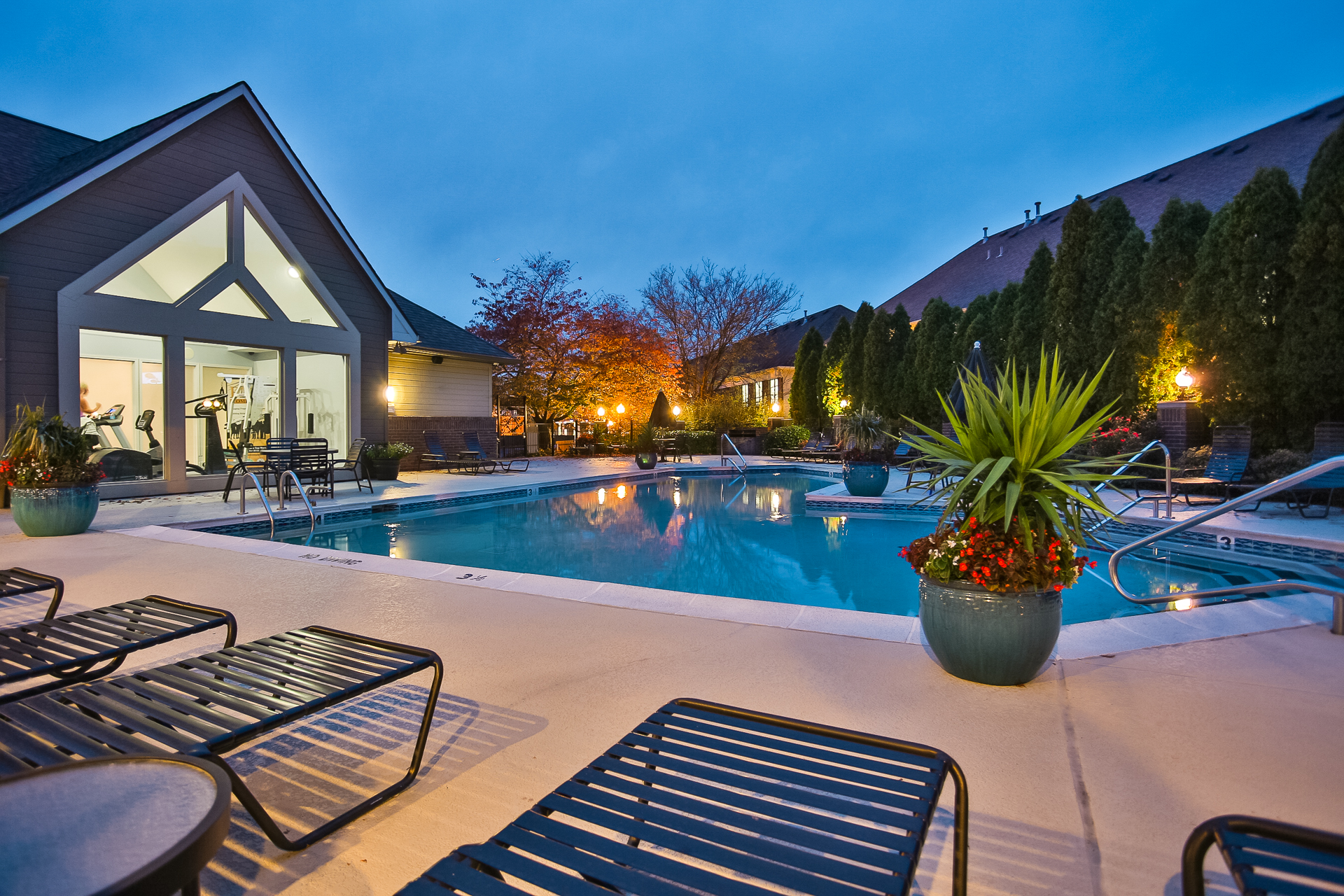 The home of the Kentucky Derby has been an opportunistic market for multifamily real estate, with growth in regional manufacturing firms driving expansion and diversity in its economy. In fact, in June 2017, a contributor to Forbes ranked the Louisville area the top region for manufacturing job growth. This aids the recent increase in tourism, which has seen further investment in the form of new hotel construction and the renovation of the Kentucky International Convention Center slated for completion in early 2018. In October, the U.S. Department of Veterans Affairs (VA) announced plans to build a VA hospital that would significantly boost Louisville’s burgeoning health-care footprint, thanks to Kindred Healthcare and Humana’s already having headquarters in the city. Louisville’s affordable cost of living and focus on infrastructure also bolster the growth in manufacturing, tourism and health care, positioning the city to thrive in years to come.

Strategy is the key to winning. The cornerstone of IRT’s strategy is the supply-demand fundamentals in the markets the firm serves, as well as finding the right assets to own and managing them for the long term. Non-gateway cities are on the rise in the multifamily space, and IRT plans to keep winning in these markets.