The five-year plan was created to combat homelessness and proposes $10 billion to create and preserve more than 110,000 units across the state, including 12,000 units is designed through the newly enacted "Affordable New York" program. 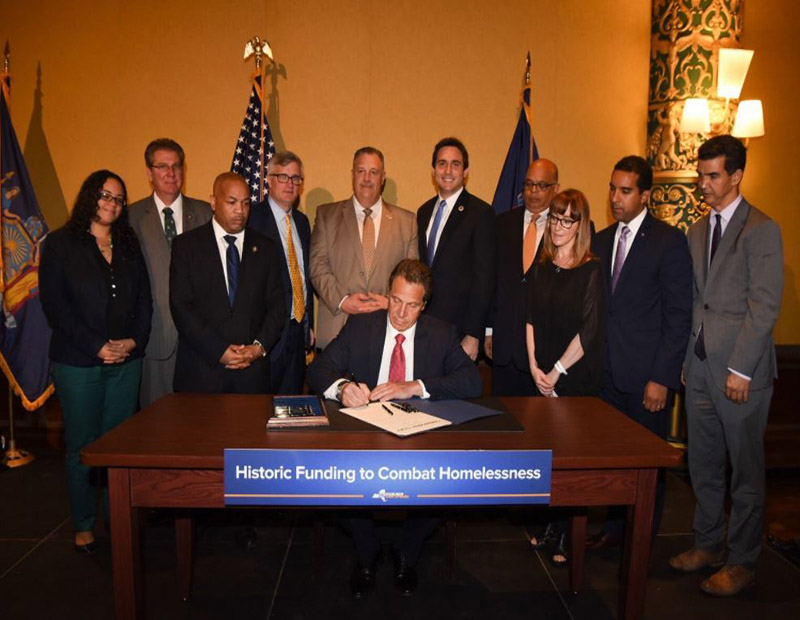 Governor Andrew Cuomo launched a $20 billion, five-year plan to combat homelessness and advance the development of affordable housing in the state of New York. The legislation will provide $2.5 billion in funding to advance the $20 billion multi-year housing plan.

The plan commits $10 billion to create and preserve more than 110,000 units across the state, including 12,000 units created through the newly enacted “Affordable New York” program. The plan also includes a $10 billion landmark commitment to create 6,000 new supportive housing beds, including $7.5 billion to end the homelessness crisis and support housing programs, rental subsidies and other shelter costs in New York City and across the state.

The new budget goes hand-in-hand with the Empire State Supportive Housing Initiative that was launched in 2017. The five-year program was designed to fund the service and operating costs of 6,000 units of permanent supportive housing and to coordinate resources from state agencies allowing programming for residents. Services include employment and training opportunities, parenting education, counseling, independent living skills training, primary healthcare, substance use disorder treatment and mental health care, child care, and benefits advocacy. In 2016, New York State set a record for financing the creation or preservation of more than 17,000 affordable homes and apartments and was the number one bond issuer in the nation with $2.8 billion. The New York State Homes and Community Renewal’s Unified Funding awarded more than $122 million for affordable housing in urban, suburban and rural areas of New York, preserving close to 2,000 affordable units.

“This legislation is a major step forward for New York as we strengthen our efforts to combat homelessness and expand access to quality, affordable housing for our most vulnerable men, women and children,” said Governor Cuomo. “By making significant investments in rehabilitating, preserving and constructing safe and affordable housing, we will open doors for low-income residents and support hard-working New Yorkers in every region of the state.”