Restricting dog breeds such as Pit Bulls could be leaving money on the table—but is the risk worth it? 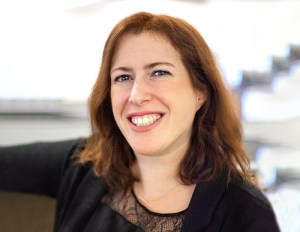 I made my dog chicken nuggets.

Jax’s dog food was pretty much all gone that morning. I couldn’t go to the pet store to get more because he is a 95-lb Lab, and his dog food bags are probably around 50 lbs. Since I usually do cardio instead of strength training, I was afraid I wouldn’t be able to pick them up. I had ordered Jax more food, but it hadn’t been delivered yet. So I made him chicken nuggets. And, let me be clear: These weren’t some nuggets for dogs put out by Purina. These were the chicken nuggets I feed my kids. They were shaped like dinosaurs.

So, what I’m saying is, dog owners will do anything for their pets, and that includes not renting in a building specifically because they’re not pet-friendly. According to a study on statista.com, in 2021/22, 69 million US households have at least one dog. Many of those households include apartment renters. However, a lot of apartment communities historically have restricted specific breeds, such as Pit Bulls, Rottweilers and Great Danes, so even if the community is considered pet-friendly, you might be limiting your renter pool and leaving money on the table.

If your community is pet-friendly already, should you consider easing some of these restrictions? Let’s look at some pros and cons of restricting certain dog breeds at apartment communities, beyond limiting your renter pool to those who only have approved breeds.

No, don’t restrict breeds: Residents might bring them in anyway. Though some communities ban specific breeds, some renters can get around that by claiming their Doberman is their emotional support animal, and if they have the right certification, there’s nothing you can do about it. Or they might just plain sneak in their dogs without telling you! Better to have a record of every dog that actually is in the building. (Just like the parents telling their kids that if they’re going to try alcohol, they should do it in the house.) After all, you’re not a regular property manager, you’re a cool property manager.

No, don’t restrict breeds: You can put a pet policy in the lease and charge if the rules are not followed. Sometimes it’s not the breed, or the size of the dog—it’s the owner either not not training their dog properly or not controlling their pet. In which case, you fine them. In a 2021 study from PetScreening and J Turner Research called “Multifamily Pet Policies and Amenities Survey,” 71 percent of residents support charging higher pet-related fees for irresponsible pet ownership.

Yes, restrict breeds: Some dogs are dangerous. Or just plain scary. According to the American Veterinary Medical Association reporting CDC data, “more than 4.5 million people are bitten by dogs each year in the United States.” So it definitely pays to be careful. And, yes, a lot of a dog’s behavior is based on how they were raised and trained, not on its breed. That said, the other day I was walking Jax out around my neighborhood and a Pit Bull came running out of a house towards us. I screamed at the top of my lungs, as the dog, nowhere near us, changed directions and headed to his backyard. (It was a proud moment.) Everyone deserves to feel safe in their apartment community.

No, don’t restrict breeds: The other renters don’t care. Unless the dog is excessively barky, which can happen with any type of breed, other renters might not even know their neighbors have pets. They probably don’t even know who their human neighbors are. The PetScreening and J Turner Research study showed that 54 percent of respondents were against breed restrictions and 23 percent were indifferent. And, according to the study “residents who do not own pets are indifferent to having pets around the apartment community.”

So what do you think? Should communities ease their dog breed restrictions, or is that just an insurance nightmare waiting to happen? I’d love to hear your thoughts! Post your comments on our Facebook page or send a tweet to @MHNOnline or @jfiur.