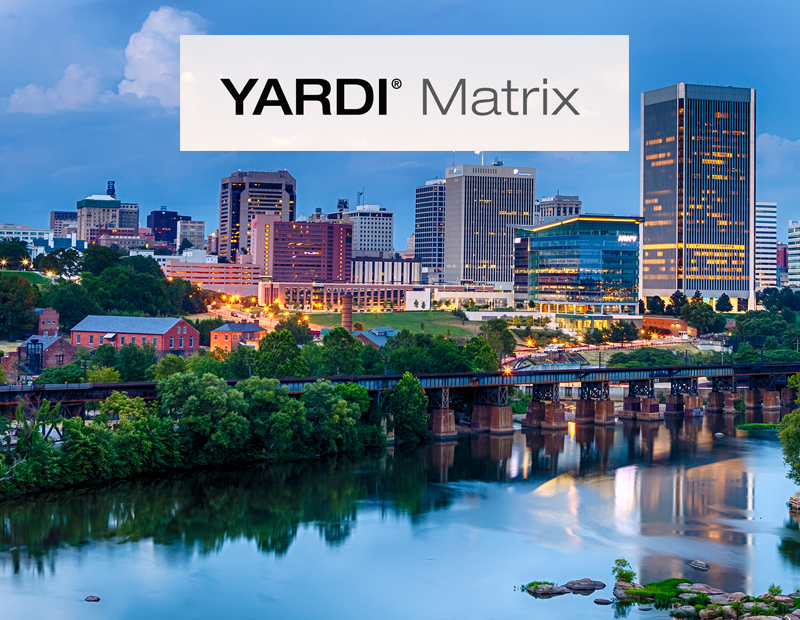 With solid job gains in most employment sectors and an above-average population rise, Richmond’s multifamily market is in a healthy state. Rents rose 3.7% during the last 12 months, well over the previous 1.4% but still trailing the national average by 190 basis points.

As the metro’s economy is slowly but surely diversifying, the area continues to rely on some of its major employers, including nine military bases and several large health care providers. Huntington Ingalls, one of the largest industrial employers on the East Coast, is anchoring the otherwise shrinking manufacturing sector. The Port of Virginia and Richmond Marine Terminal are both planning expansions, hoping to take advantage of the widening of the Panama Canal. 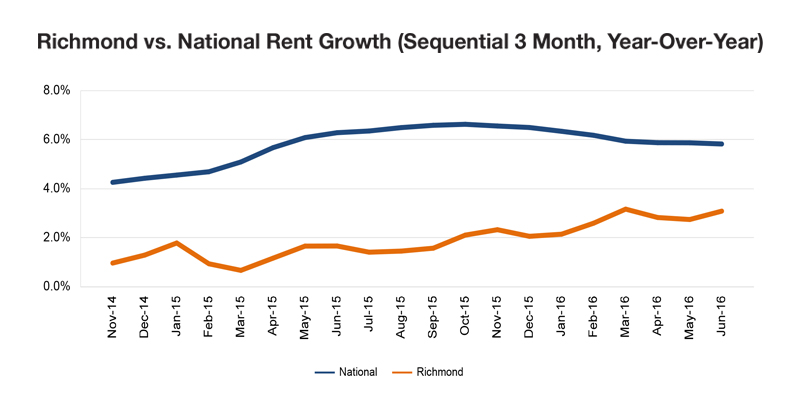 Although trailing national trends, Richmond is still a steady market, having hit cycle-wide records this year for delivered units, rent growth, transaction volume, home prices and job gains. Multifamily demand is relatively high and developers are rising to the challenge: Last year’s percentage of new stock was almost on par with the national average, as roughly 4,400 units, most of them high end, came online in 2015. However, the pipeline is accelerating even further. Richmond has 17,147 units in various stages of development—almost 60% more than at the same time last year. That is expected to moderate rent growth for at least the remainder of 2016.