A partnership led by World Wide Group snapped up the newly finished property developed by Novare and others. 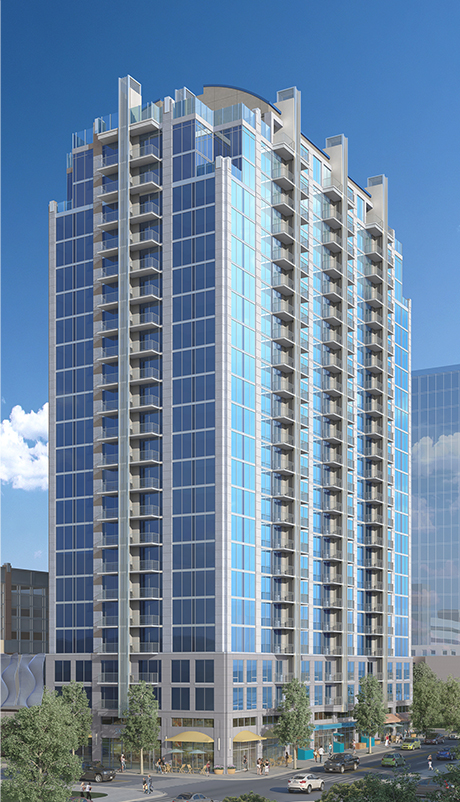 Raleigh, N.C.—SkyHouse Raleigh, a residential tower in Raleigh, N.C., has traded hands. A partnership led by World Wide Group paid $103 million for the newly finished property at the corner of Martin and Blount streets in downtown Raleigh.

Common amenities include a club room, fitness area, and outdoor plazas that feature a swimming pool, fireplaces and covered outdoor lounges, all on the rooftop. The base of the building houses retail space along Blount Street, including a new 5,000-square-foot restaurant, Provenance.

The price is reportedly a record for multifamily in the Triangle market, both in absolute terms, and price per unit, which comes in at $320,000. Previously in the Triangle, Berkshire Cameron Village sold for $272,000 per unit in 2014.

New York-based World Wide Group has been quite active lately. The company recently paid $103 million for a 130-unit rental property at 110 Green Street in Brooklyn; topped out its 252 East 57th St. development in Midtown Manhattan; and completed the 420-unit QLIC in Long Island City.