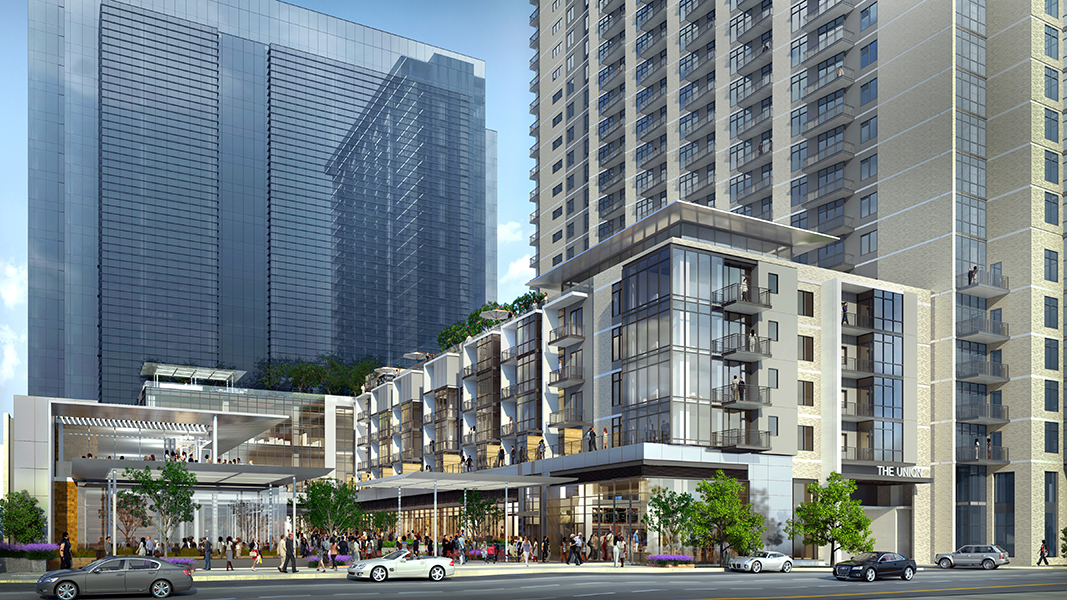 StreetLights Residential, which is leading the design and development for the 23-floor residential tower, also announced the name of that part of the development: The Christopher. Designed by Dallas-based architect HKS Inc., and with DPR as the general contractor, the project will also include a 60,000-square-foot Tom Thumb grocery store on the ground.

A 21,000-square-foot green space and events plaza, created by Texas landscape designer Office of James Burnett, will be surrounded by other retail stores and dining options on the street. The central plaza, the project’s signature feature, will include water features, seating areas, trees and a performance area.

Two professional services firms have made plans to move to The Union Dallas’ office space. One is law firm Vinson & Elkins, which will lease about 82,000 square feet and occupy three floors. Weaver, an accounting firm, will move its Dallas office to about 58,000 square feet in two floors in the office tower.