The Altaire will be composed of two towers with views of D.C.’s monumental core and the Potomac River. 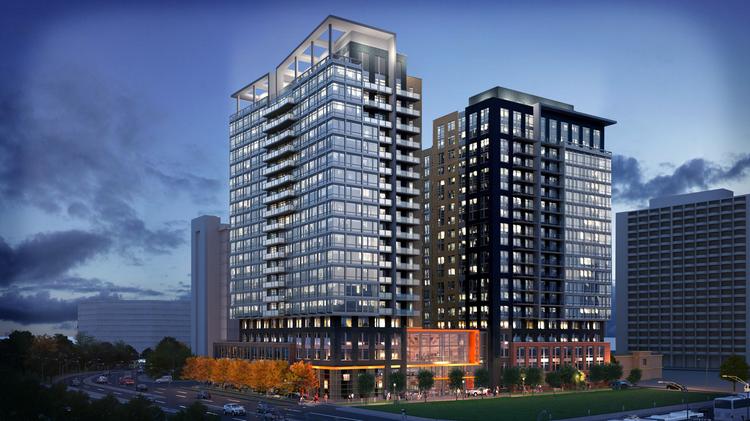 Crystal City, Va.—LCOR has obtained a $100.3 million construction loan from Wells Fargo for the development of The Altaire in Crystal City, Va., a suburb of Washington, D.C. Now that financing is in place, construction is under way, for a completion in the second quarter of 2018.

The project will be built on the site of an office building originally built in the late 1960s. LCOR acquired the property from Lerner Enterprises in 2012 for $39 million, and the building was vacated by its former government tenants as a result of the Base Realignment and Closure process, with demolition of the structure occurring last year.

As a residential property, The Altaire will be composed of two towers with views of D.C.’s monumental core and the Potomac River. The first tower will include 150 rental units, while the second tower will offer 300 units; all of the units will be high-end market rate. Each building will feature floor-to-ceiling glass façades and several balconies.

Common amenities will include a landscaped courtyard, outdoor pool area with fire pits, a fitness center, a club room and sky lounge. Both buildings will also come with roof top terraces overlooking D.C., and the project is within a half-mile of the Pentagon and Pentagon City Metro stations.

Balfour Betty is the development’s general contractor, while SK & I is the architect and Akseizer Design Group is the interior designer. The building is slated for LEED Gold certification.