MassHousing is providing financing for the rehabilitation and long-term preservation of the historic 180-unit Wellington Community in Worcester. 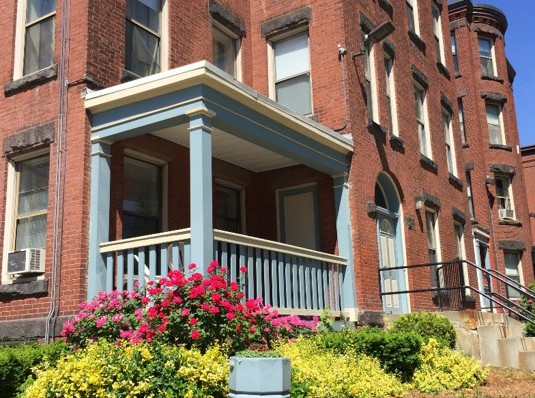 WinnCompanies has obtained $16.4 million in affordable housing financing from MassHousing for the rehabilitation and long-term preservation of the historic 180-unit Wellington Community in Worcester, Mass. The agency’s tax-exempt financing also generated $9.1 million in equity for the project, through federal Low-Income Housing Tax Credits.

Other project sources include $2.4 million federal historic tax credit financing, $1.5 million from an allocation of state historic tax credits, $3.1 million in owner equity, deferred fees and reserves, and $500,000 from the city of Worcester. Bank of America is providing a $22.3 million construction loan.

Wellington Community is in a historic section of Worcester consisting of 11 buildings on scattered sites on Wellington St., Ethan Allen St., Jacques Ave. and Irving St. Ten of the buildings are listed on the National Register of Historic Places.

WinnCompanies plans to make about $11.2 million in improvements to the property. Upgrades will include restoration of masonry exteriors, replacement of roofs, installation of historically sensitive doors and windows, improvements to existing handicap accessibility, and energy-efficiency improvements to mechanical, electrical and plumbing systems.

Units will undergo mechanical system upgrades and the installation of new cabinetry, appliances, and fixtures in kitchens and bathrooms. Common amenity space and laundry rooms also will be overhauled. The general contractor for the upgrades will be Keith Construction Inc. The architect is The Architectural Team and the management agent is WinnResidential.

As part of the deal, WinnCompanies will extend affordability for low-income households at the property for at least 30 years. The company is also extending the federal Section 8 Housing Assistance Payment Contract on the 180 units for 20 years.