Residences at Mill 10 includes 75 units of mixed-income housing in a 110-year-old former mill building in the western Massachusetts community of Ludlow. 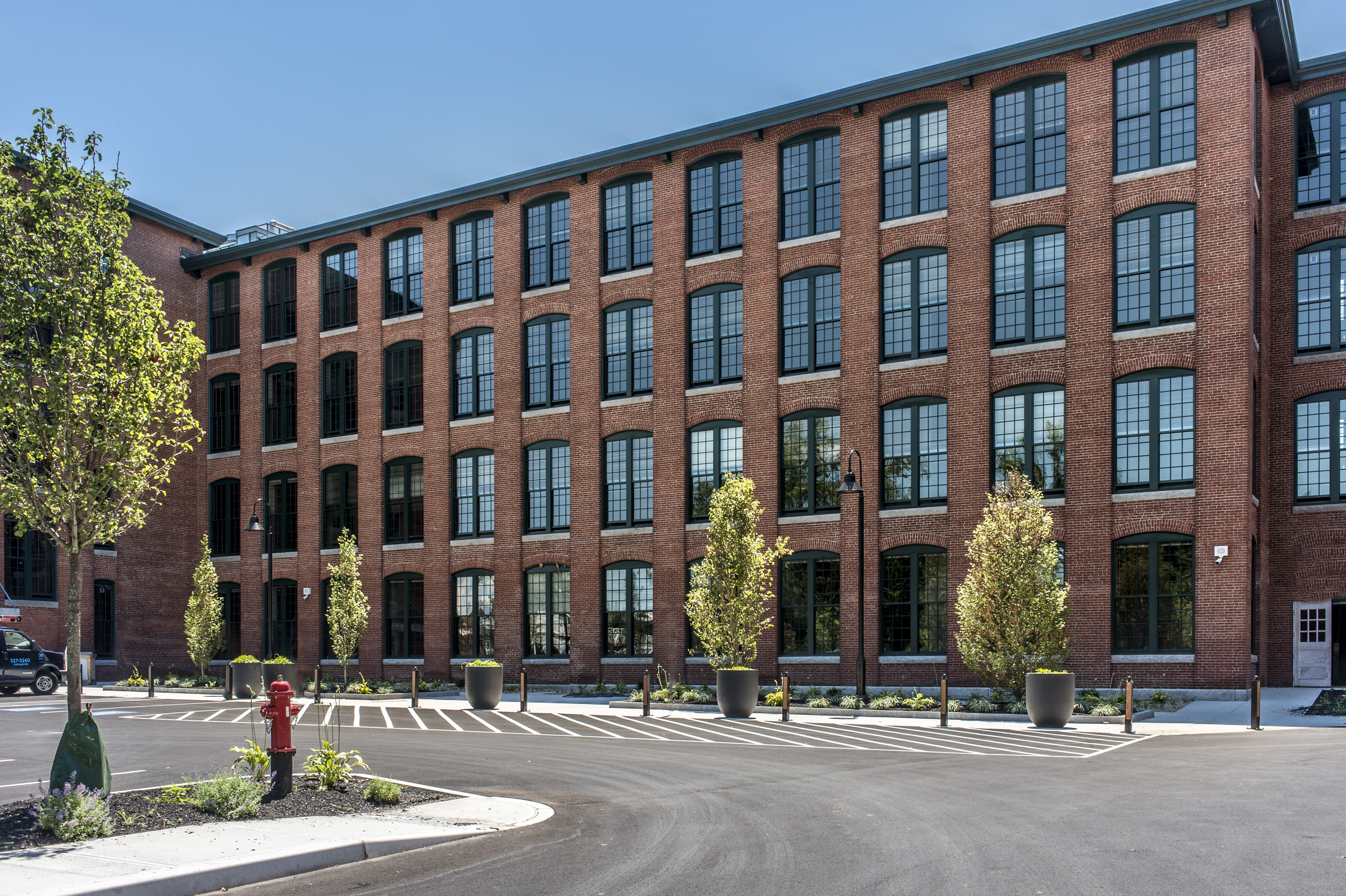 WinnCompanies has completed a $19.3 million adaptive reuse project, Residences at Mill 10, that includes 75 units of mixed-income housing in a 110-year-old mill building in the western Massachusetts community of Ludlow. The project involved a four-story 108,100-square-foot brick building built in 1907 and listed on the National Historic Register.

It took the developer 14 months to transform the mill’s interior into 63 one-bedroom and 12 two-bedroom apartments for ages 55 and older. Fifty-one of the units are reserved for households with incomes below 60 percent of area median income; 15 are restricted to households with incomes below 30 percent; and nine of the units are market-rate housing.

The Residences at Mill 10 are the only housing so far at the 170-acre former mill complex located along the Chicopee River in the city’s center. The former Ludlow Manufacturing and Sales Co. includes more than 60 buildings where thousands of workers once produced jute yarns, rope, twine and webbing.

The project is fully leased. Almost 90 percent of residents are from Ludlow and surrounding communities, according to WinnCompanies, which has also secured the rights to develop housing at Mill 8, known as the Clock Tower building, at the Ludlow Mills development site.

As usual with affordable housing, financing was a complex mix, including (but not limited to) state and federal Low-Income Housing Tax Credits from the Massachusetts Executive Office of Housing & Community Development, which also provided money from its Housing Stabilization Fund and from its HOME Fund; federal and state Historic Tax Credits from the National Park Service and the Massachusetts Historical Commission; and tax credit equity provided by the Bank of America, which also served as the construction lender.