After two years of extraordinary liquidity, multifamily lending is on track for a record-breaking year that will give multifamily investors and sponsors a full menu of competitive options.

“A lot of the uncertainty that was there in 2020 around the multifamily market, a lot of that fog, has lifted,” said Jamie Woodwell, vice president for commercial real estate research at the Mortgage Bankers Association. “So lenders and investors are feeling pretty confident about their ability to understand a property, understand its current operations and where it will be in the coming quarters and years.”

Even concerns about interest rate hikes, tax changes, inflation and rising construction costs aren’t dampening expectations. Multifamily lending is forecast to reach about $421 billion in 2022, up from the record $409 billion projected for 2021 and a 13 percent increase from 2020, according to MBA.

“When you look at how you’d expect to see 2022 versus 2021, I think there’s still plenty of room to run in the market,” said Brian Hirsh, vice president of Mesa West Capital Partners. “There’s a lot of equity out there that’s yet to be deployed.”

Mesa West, which specializes in floating-rate bridge loans for sponsors seeking flexible capital and structures, originated more than $600 million in loans during the third quarter alone. Transactions ranged from coast to coast and included acquisitions, refinancing and recapitalization. Among the deals was a $77 million, five-year, floating-rate first mortgage for the acquisition of Alta Congress, a 369-unit multifamily property in Delray Beach, Fla.

Foreign investment is expected to increase as restrictions on overseas travel are lifted. Capital will flow to conventional multifamily assets as well as to the affordable and workforce segments, but lenders also expect deals for student and senior housing to pick up in 2022. Single-family rental, which has grown substantially during the pandemic, often with institutional investors, is also anticipated to continue growing. 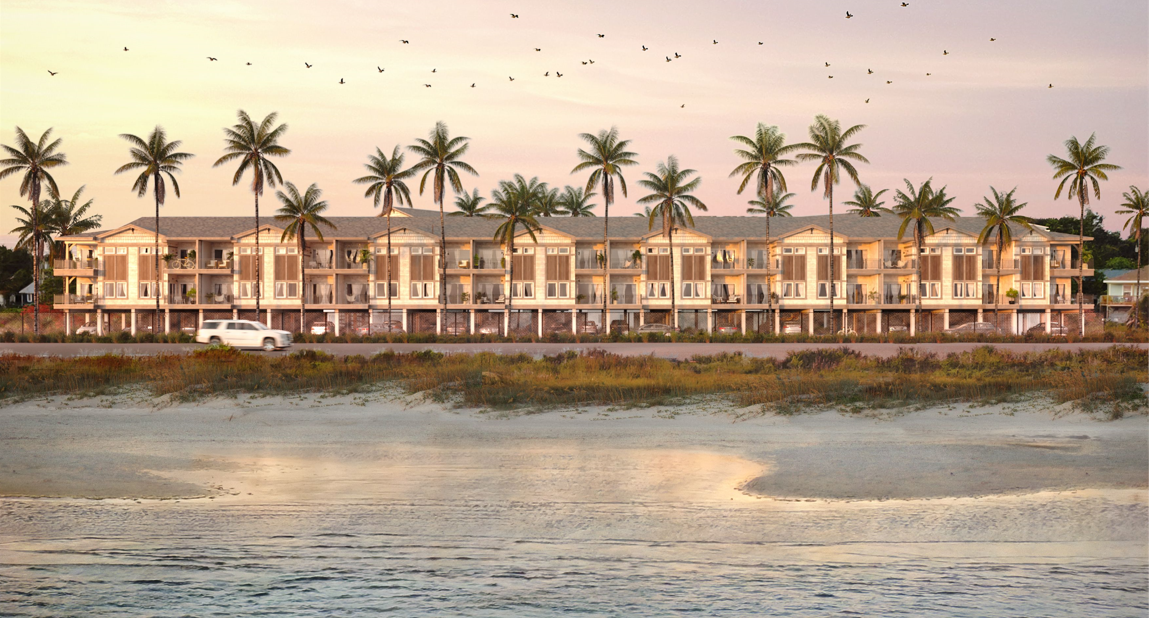 One big increase will come from the government-sponsored enterprises. The Federal Housing Finance Agency has increased the 2022 multifamily lending purchase caps for Fannie Mae and Freddie Mac by $8 billion each. That will bring the caps to $78 billion between the two agencies.

FHFA has also changed several key definitions. Loans qualify as mission-driven if the units involved are affordable to cost-burdened renters with incomes up to 100 percent of area median income, and in some cases, up to 120 percent of AMI. Units affordable to residents with incomes at 60 percent of AMI will be eligible for loans with energy and water improvements. The FHFA changes for cost-burdened renter markets could mean more competitive pricing for borrowers in high-cost areas, but lenders are waiting for clarification on which markets will be included.

FHFA has also changed several key definitions. Loans will qualify as mission-driven if the units involved are affordable to cost-burdened renters with incomes up to 100 percent of area median income and, in some cases, up to 120 percent of AMI. Units affordable to residents with incomes at 60 percent of AMI will be eligible for loans with energy and water improvements. The FHFA changes for cost-burdened renter markets could mean more competitive pricing for borrowers in high-cost areas, but lenders are waiting for clarification on which markets will be included.

The changes should result in more consistent deal flow than in 2020 and 2021, when lower caps slowed the GSEs’ originations. It also indicates that Fannie Mae and Freddie Mac can be more aggressive on market-rate deals in 2022. 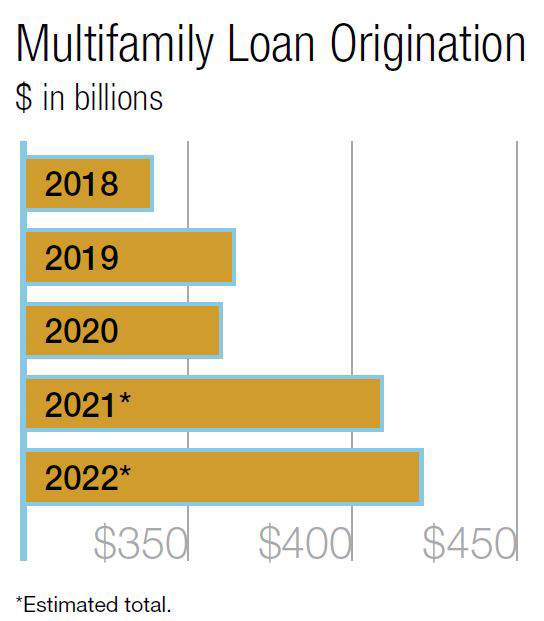 “The agencies are still out there providing really good options for long-term debt. We’ve seen really aggressive pricing from them this year,” said Scott Modelski, managing director of Black Bear Capital Partners, which specializes in structured debt and equity advisory. “Our firm was able to close a handful of deals sub-3 percent. I think the best deal we were able to close was a 2.88 percent, 10-year term, 10-year interest-only (loan).”

For its part, Fannie Mae has expanded its floating-rate products and has been more aggressive this year. That should create additional opportunities for owners to refinance three-year, floating-rate construction loans into permanent debt—likely with GSEs—and for new buyers to acquire stabilized assets, predicted Hilary Provinse, Berkadia executive vice president & head of mortgage banking.

With Fannie Mae and Freddie Mac expected to originate about 40 percent of multifamily loans in 2022, borrowers will have a variety of additional options, including banks, debt funds, REITs, private lenders, Wall Street conduits and life companies. Life companies, for example, increased the number of multifamily originations, adding $2.5 billion of mortgages in the second quarter alone, said MBA’s Woodwell.

Banks often prefer lending on smaller assets and life companies tend to like “the higher-quality, market-rate, lower-LTV assets,” said Walker & Dunlop’s King. “That’s where they like to play, and they compete on price.”

Cap rate compression is more common, as well. Once found primarily in gateway coastal markets, the trend now encompasses popular secondary and tertiary markets. Faced with cap rate constraints, Berkadia aims to structure agency deals more competitively in markets with rent growth and use interest-only as a tool to offset a lower LTV for the borrower, Provinse reports.

At Comerica Bank, which focuses on short-term multifamily construction and value-add loans, multifamily clients will find LTVs between 50 and 60 percent on new development loans because of low cap rates, said Executive Vice President Jeffrey Bloom. With a higher LTV, borrowers may want amortization while interest-only payments may make more sense for a low LTV.

Comerica doesn’t underwrite to today’s low interest rates, and even when rates rise, there would be a long way to go before an increase would impact their underwriting significantly, Bloom noted. He cited Texas and California as examples of markets where the lender expects to remain active in 2022, as well as Arizona, Florida, Georgia, Colorado, Nevada and Washington.

Borrowers seeking higher LTV and more years of interest-only may want to consider debt funds, noted Mitchell Kiffe, CBRE senior managing director & co-head of national production. For CBRE sponsors seeking acquisition loans with a combination of proceeds, price and structure, debt funds have been the most competitive option of late, he said.

With interest rates generally in the 3- to 3.5-percent range for fixed and floating-rate loans, “the big advantage the debt funds have is they’re not restricted by underwriting the income in place,” Kiffe said. “They’re willing to lean into underwriting some of the rent growth we’re seeing.”

Debt funds can generally offer 75 percent loan-to-cost on most multifamily acquisition loans with full-term interest-only. Other lenders including GSEs, life companies and banks, which tend to underwrite income in place, are maxing out proceeds in the 60 percent range. 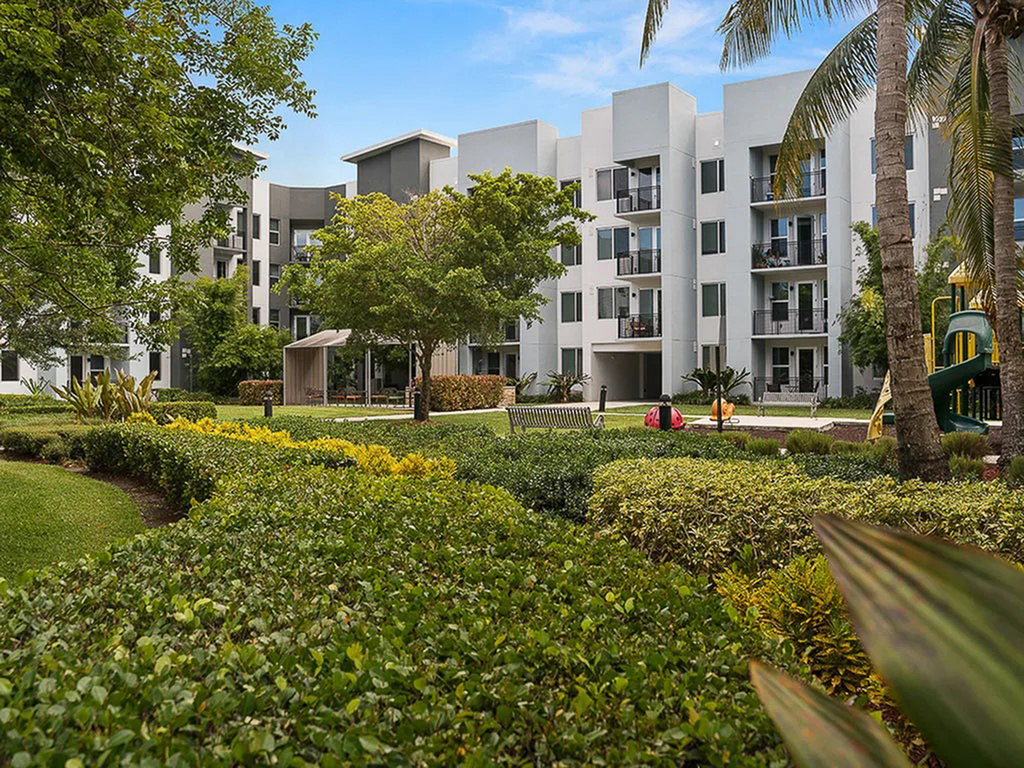 CMBS single-asset, single-borrower deals for large individual loans and portfolios of loans has also been a very strong execution for multifamily and is expected to continue because of excellent multifamily market fundamentals and low rates for bond activity.

“While bond buyers have required increased spread on recent deals due to increased supply of bonds, we expect the CMBS-SASB execution to be competitive going into 2022,” said Kiffe.

The student housing category is attracting increased lending activity, said Josh Zegen, founder & managing principal of Madison Realty Capital. In July, the firm provided a $62 million bridge and construction loan for refinancing and development of University Pointe, an 877-bed student housing property in Davie, Fla. The hybrid financing was provided at a 4.5 percent rate with a $58 million mortgage loan and a $4 million mezzanine loan. Most of the proceeds will refinance a 2019 loan with $8 million allocated to development of a new 96-bed facility.

Madison Realty Capital closed some $1.8 billion in deals in 2020 and is on track to exceed that by three or four times in 2021, Zegen reported. He attributes part of that growth to a new $1.5 billion debt investment vehicle that he describes as a “lighter transitional lending product.”

Other lenders are also creating additional products and van Os of Greystone expects that to be a trend next year, too. For affordable housing, this includes Greystone’s tax-exempt bond financing and 100 percent LTC construction option through its ATAX affiliate. “We’re all looking for other products to have in our arsenal,” she said.