Blackbird Investments' property, which was the site of the training of the first African American officers commissioned into the U.S. Army, will include 142 units when completed. 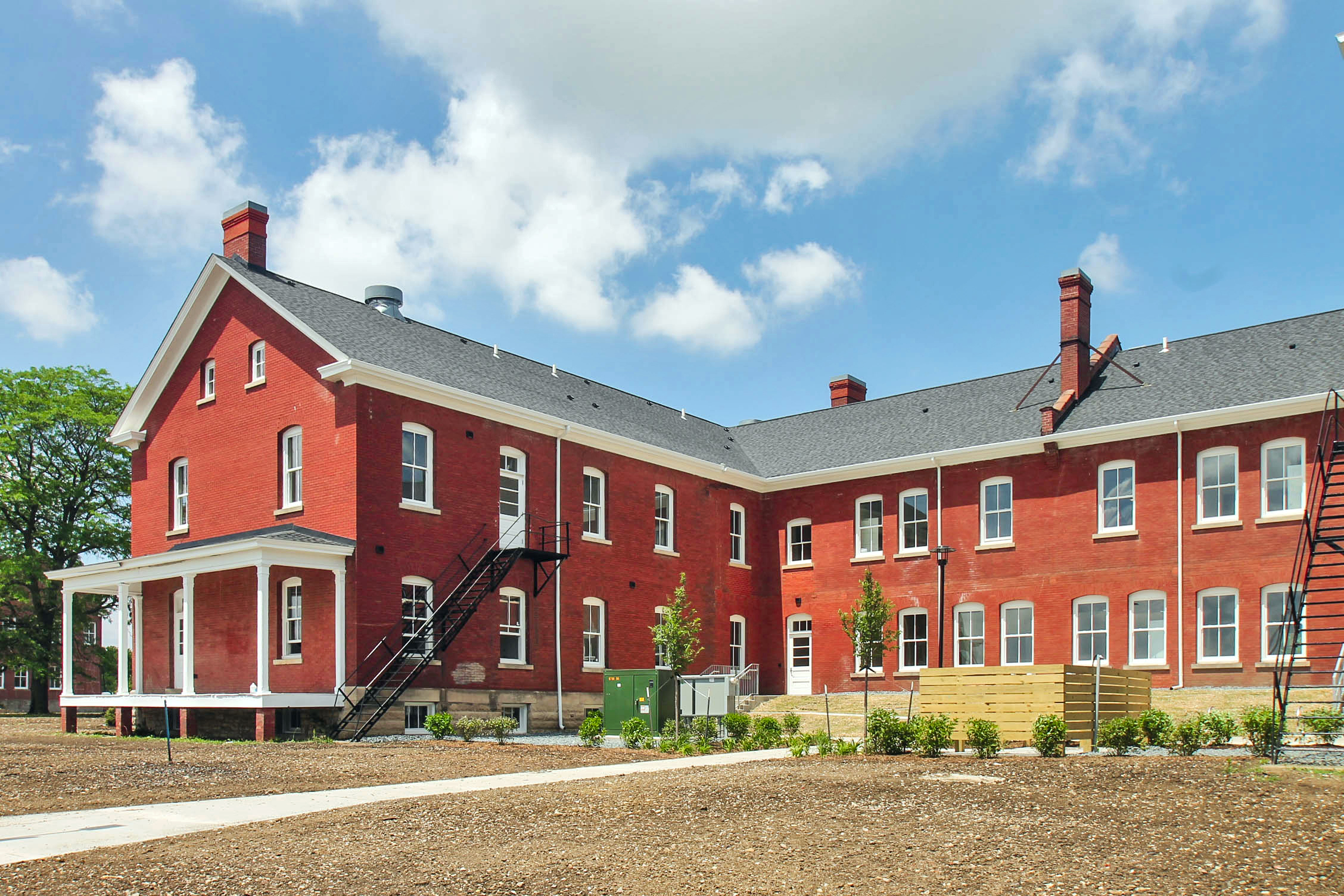 Des Moines, Iowa-based general contractor, design-builder and construction manager The Weitz Company has turned over to developer Blackbird Investments the first 40 units at its Fort Des Moines adaptive reuse project. The remaining 102 units at the property will be delivered in three subsequent phases between now and October.

The Weitz Company built historic Fort Des Moines between 1903 and 1910, and 108 years later was hand-picked to handle the adaptive reuse of the same structures into residential apartments. Weitz and Blackbird have worked to ensure the Fort maintains the original details that made it recognizable. For instance, the large front windows Weitz installed in the first decade of the 20th Century remain part of the structure.

“This was the right time [for the project] because we were coming to the end of the life of these buildings,” The Weitz Company project manager Kassi Colman told MHN.

“They had been abandoned for 30 years, and if they’d continued in the same condition, we would not have been able to renovate them. Blackbird Investment Group came together to preserve the state’s history, and this was one of their big priorities, to preserve these landmarks.”

To achieve the goals of maintaining the building while bringing it up to date, The Weitz Company stripped the old finish from the hardwood floors, put on a new protective sealer to last the course of the project, and refinished the floors at the end.

“It was the same thing with the plaster walls,” Colman said. “You’re protecting them at key high-traffic points, then later restoring the plaster in those areas. We placed the [original] wood doors in a secure location, refinished them and brought them back to the site to ensure they were in good condition.”

Site of the training of the first African American officers commissioned into the U.S. Army, the 13-acre site housed seven barracks and three stables.

It is these buildings that will include the 142 apartments, and will showcase exposed brick, natural light from the large windows, geothermal heating and cooling and exposed timber framing.

The Fort’s signature bright red brick has been repaired in some places and preserved. Its hardwood floors and the plaster on many of its walls have also been retained.

Fort Des Moines has been a fixture on the south side of Des Moines for more than a century, said Blackbird Investments partner Harry Doyle. “Discussions of the Fort evoke strong emotions, serving as the first place both black and women officers were trained, as well as the singular place of deployment during the Vietnam War era for the state of Iowa. Blackbird investments is proud to preserve this portion of our nation and state’s history, and to give these beautiful buildings a new lease on life.”