Several panels at the 2017 ULI Fall Meeting offered their insights and strategies for improving affordable housing availability in the U.S. Meeting the challenge starts with addressing issues of inequality and lack of economic mobility in many cities. 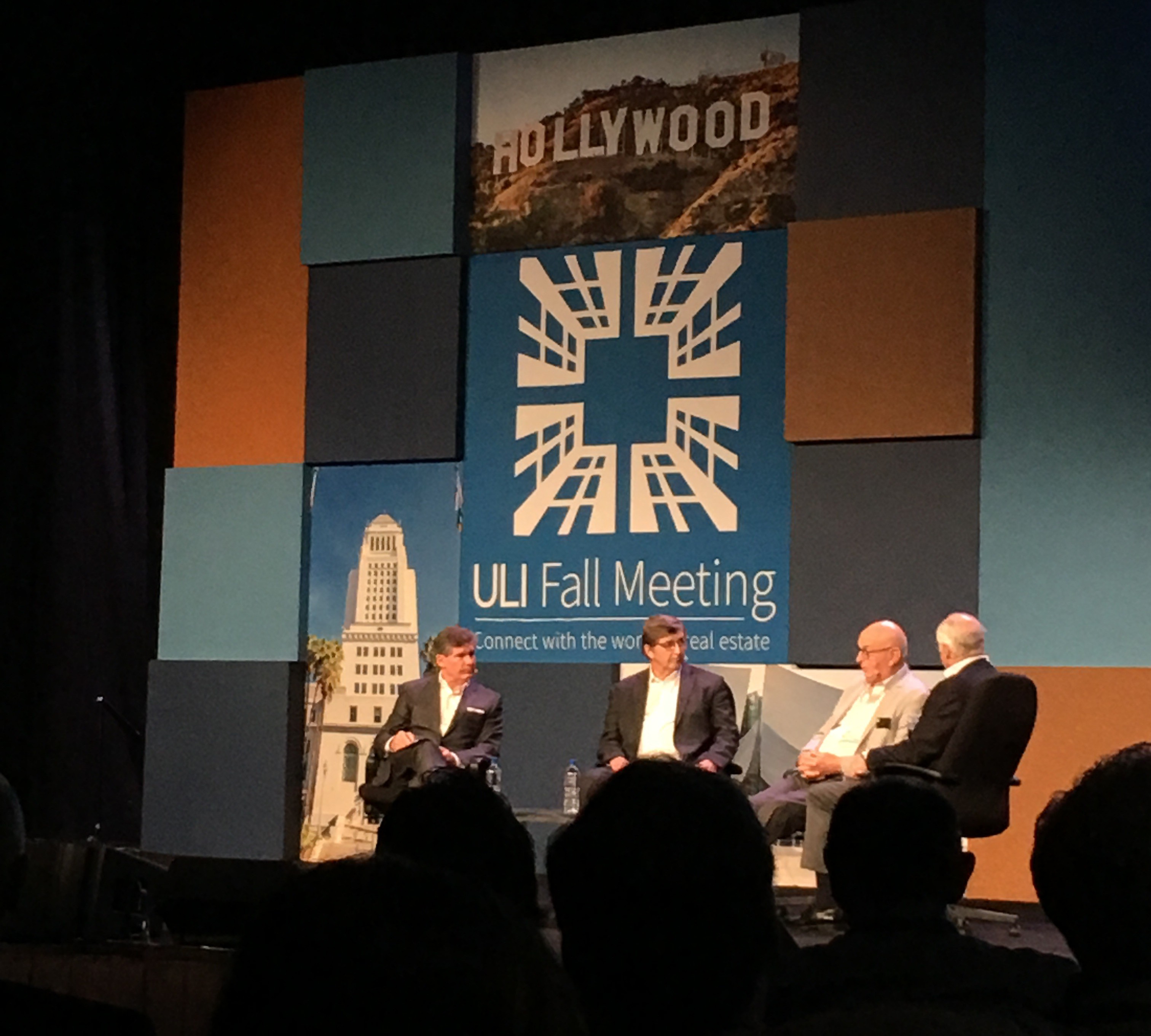 It’s no secret that the U.S. is facing a housing affordability crisis, but just how serious and pervasive the issues is may not be as clear. In several sessions at the 2017 ULI Fall Meeting in Los Angeles, panelists discussed how cities across the country are facing issues of income inequality, as well as lack of economic mobility and government support, which are contributing to an under-supply of affordable housing and further exacerbating the issue of homelessness across the country.

“We have not kept pace with the growth of demand in housing in California in any year since 2008,” noted Bob Lowe, chairman & CEO of Lowe Enterprises, speaking at the opening general session. While he acknowledged that developers alone can’t solve homelessness, they can tackle the immediate issue of housing. One challenge for the real estate industry, however, is the difficulty the private sector faces in developing affordable housing.

Wayne Ratkovich, founder & CEO of The Ratkovich Co., added that the effort needs to be concentrated, not redundant.

“If we can tie the private sector and the design sector into it… there’s a solution if the government will allow these initiatives to take place,” he said.

“The key to unlocking our destiny is to shift that power from the federal government and to give our local communities the power they need to run themselves,” he said.

But the challenge posed by government policies is not the only factor contributing to the lack of housing affordability; growing income inequality and a lack of upward mobility in many communities are also holding cities back. While the demographics of the U.S. are shifting, with people of color expected to make up the majority of the population by 2044, “we are disproportionately leaving behind people that will shape our future,” noted Angela Blackwell, founder & president of national research institute PolicyLink, speaking at the Equity and Inclusion panel.

City leaders and the real estate industry need to think of ways to create “equitable development,” she said, which involves incorporating people into the projects being developed. “We can’t develop in ways that reinforce the haves and the have-nots. We need to make sure everyone can live in a community of opportunity.”

“We have to think about stepping into the lead about issues of social inequality and think about those strategies because that inequity does affect directly our projects. It’s not an issue of morality, it’s an issue of margins,” he said.

For those who are still not convinced, Gladney pointed to a Pew Research Center study showing that some 40 percent of Millennials identify as non-white, ethnic or a minority.

So if you’re thinking about selling, renting or building offices for employers that are hiring Millennials, you need to think about social inequity, he said. “Millennials not only are more diverse, they also want to live, work and play in neighborhoods and projects that are also diverse.” 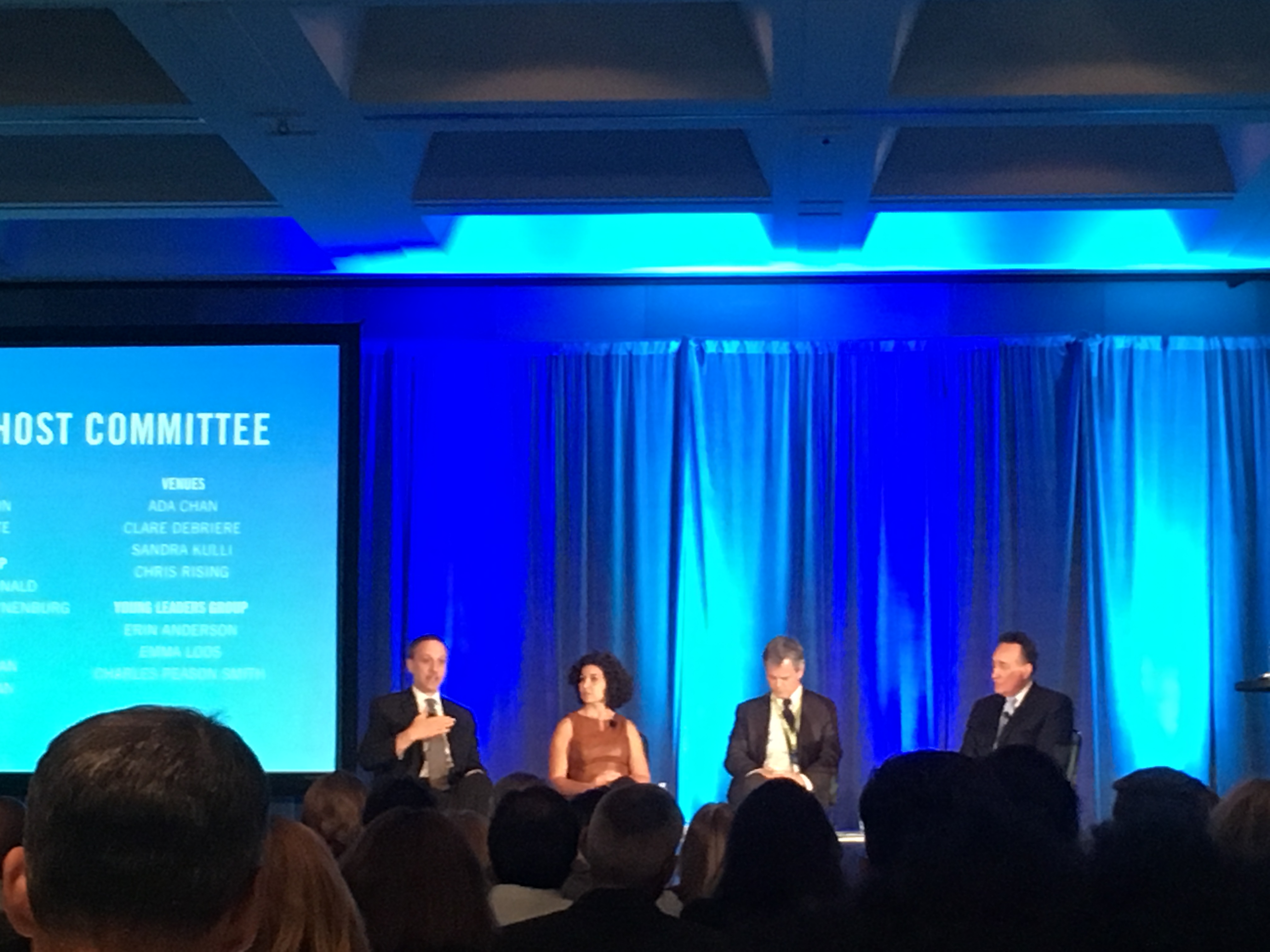 “Zip code matters. So the question is how can we both help ensure that people of a diverse range of incomes can afford to live in places that have the amenities that are necessary for success…And  the other piece of it is, how can we improve the conditions in which people already live.,” said Jeffrey Lubell, director of the housing and communities initiative at Abt Associates.

As an example of a place-based solution, Lubell pointed to Tyson’s Corner, Va, which is undergoing a transformation from an upscale suburban shopping destination into a vibrant, urban live-work-play area. The local government has created inclusionary policies that ensure as residential development occurs, a share of it is affordable, he explained. Aside from adding affordable housing stock, new residential development will also provide a place for workers at Tyson’s to live.

Because of the long commutes to the area, retailers were having issues filling positions, explained panelist Janis Bowdler, global head of community development, small business and financial health strategies at JPMorgan Chase.

“Problem identification is really critical here,” she said, adding that people-based and place-based solutions don’t work one without the other.

“I think it’s increasingly clear that the future of the nation’s economy depends on what happens in our metros,” added Henry Cisneros, co-founder of CityView and former mayor of San Antonio. Sixty-five percent of Americans live in just the 100 largest U.S. metros, “so we’re clearly an urban nation.”

As a result, it’s imperative to keep our cities strong enough that we can build a middle class and combat this inequality, he added.

“If we’re investing in the dreams of local residents…that’s going to be good for the city, that’s going to grow the whole pie,” Bowdler concluded.  If you can identify the core challenges to economic mobility and who’s most vulnerable in those cities and start to solve those issues, “chances are you’re going to blend this nexus of race, income and geography but you’re going to do it in a way that is really about solving problems for the entire city.”