By Razvan Cimpean
May 28, 2020
Finance & InvestmentJacksonvilleListiclesMiamiNewsOrlandoSouthTampa

The metros on this list account for more than 80 percent of the state's total transaction volume year-to-date through April, according to Yardi Matrix.

Florida’s multifamily sector has expanded significantly over the past decade, as a result of healthy demographic trends and a business-friendly climate. Immigration played a large role in the state’s growth, with some 2.5 million residents coming from Latin America. The coronavirus outbreak forced states around the country to adapt to a new reality, with nonessential businesses closed, as well as travel restrictions. The latter will heavily impact Florida, which could result in negative consequences for the multifamily market as well.

Investment activity increased in the first four months by 3.1 percent to $3.1 billion, compared to the same period last year, Yardi Matrix data shows. The metros on this list account for more than 80 percent of the state’s total transaction volume year-to-date through April. 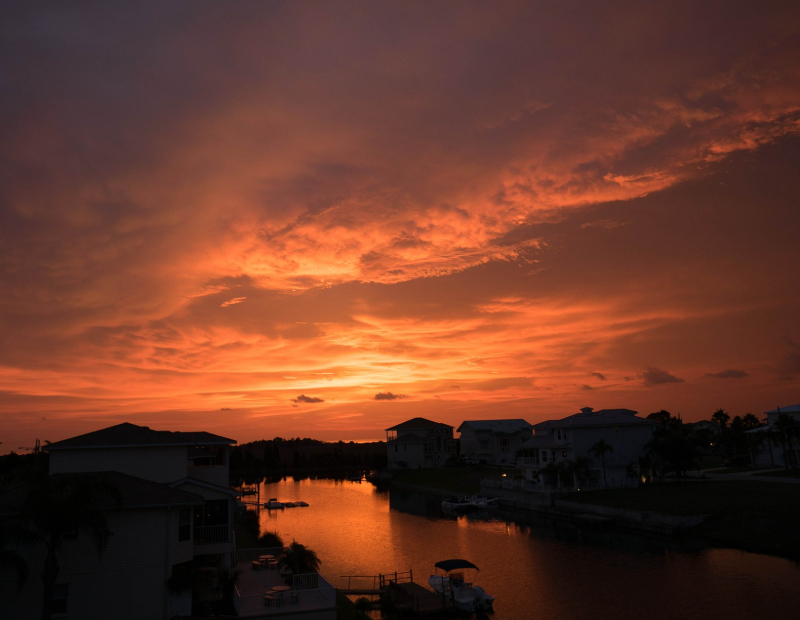 Southwest Florida Coast’s multifamily market has expanded rapidly in recent years, contributing to an increase in construction activity. Pre-crisis, 2020 was projected to be the best-performing year for completions, with some 6,000 units slated to come online. With South Florida deciding not to halt construction activity amid the coronavirus pandemic, developers continued to work on more than 25 multifamily projects in the metro. Additionally, investors closed eight deals this year through April, totaling $265 million, up more than 70 percent compared to the similar period in 2019.

In the metro’s largest deal over the first four months, Asia Capital Real Estate acquired a two-property portfolio from Aileron Capital Management. The combined 410-unit assets traded for $81.4 million. The sale was subject to a $64.3 million loan from DoubleLine. The portfolio included the 320-unit Uptown at Liberty Park and the 90-unit Midtown Cape Coral, both located in Cape Coral. Completed between 2017 and 2019, the communities offer a mix of one- and two-bedroom apartments.

Miami, the more expensive metro on this list, closed last year as one of the country’s top markets for multifamily deliveries, thanks to its outstanding employment and population gains, as well as its business-friendly climate. However, Miami was undeniably impacted by the coronavirus outbreak, as its leisure and hospitality, and construction employment sectors have taken a hit. While a Miami-Dade County stay-at-home order listed construction as an essential business, some cities in the metro have limited the number and scope of projects that could go forward. But even so, with almost 18,500 units underway as of April, a slowdown in deliveries will not be comparable to the impact on other metros. Thanks to two big-money deals closed in the first quarter, Miami’s investment activity over the first four months rose 280 percent compared to the same period last year, to $297.2 million.

In January, CBRE Global Investors paid $132.1 million to ECI Group for the 467-apartment Shorecrest Club, in a deal subject to an $80 million acquisition loan. And in Doral, Harbor Group International purchased a 303-unit community dubbed The Flats at CityPlace from Related Group for $100 million. 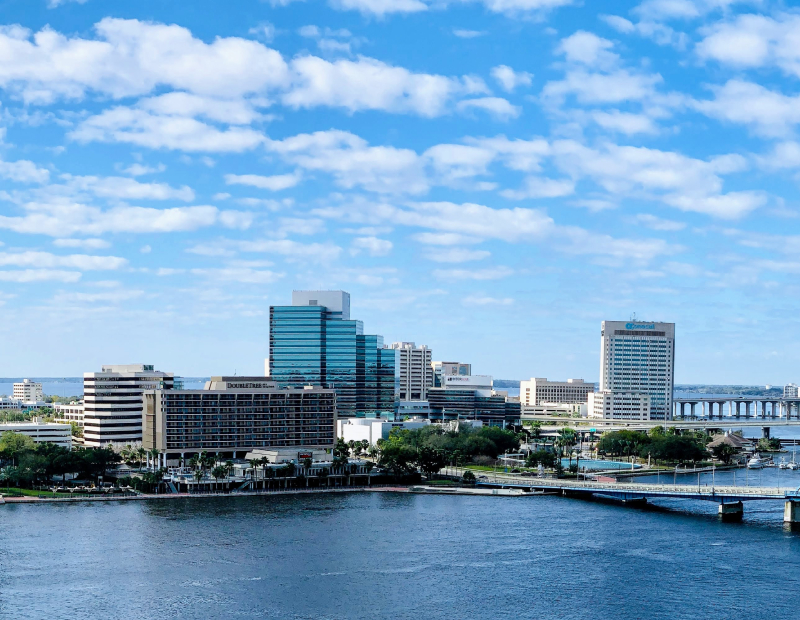 Prior to the pandemic hitting the U.S., employers added 24,200 jobs in Jacksonville, the bulk of which were in the professional and business services and construction sectors, which grew by a combined 12,500 positions. This shouldn’t come as a surprise, since 2019 saw the highest level of deliveries in more than two decades, with 4,346 apartments coming online, up 63 percent from the previous year. In 2020, developers are projected to deliver more than 3,000 units, but that will depend on the overall impact that the crisis has on construction activity. However, Florida has maintained steady development activity. The increase in construction has significantly impacted investment interest, with 11 deals closed in the first four months for a total of $349 million, up almost 50 percent from the same period of 2019.

Electra America expanded its Jacksonville footprint with the addition of The Elysian, a 348-unit community in St. Johns. The Lake Park, Fla.-based company paid $79.5 million to Summit Contracting Group for the 11-building property, which encompasses one- to three-bedroom units ranging from 624 to 1,322 square feet. The sale was subject to a $53.3 million loan from Truist Bank.

Job growth in the metro was high across several sectors before the pandemic, with economic development yielding improvement for the rental sector as well. It’s expected that the COVID-19 crisis will heavily impact these dynamics, but development activity in the metro has not been halted as a result of the coronavirus outbreak, with almost 50 communities underway, totaling more than 11,000 apartments. However, as opposed to the previous metros, investment declined in Tampa–St. Petersburg–Clearwater over the first four months. Investors closed 22 deals for a total of $682 million, down 36 percent compared to the similar period of 2019.

In a $120 million deal with Carter, Blaze Partners acquired the 362-unit Nine15 in Tampa, the biggest deal in the metro year-to-date through April. Meanwhile, in separate deals, Starlight Investments purchased two communities totaling 685 units for $164.1 million. The firm paid $100 million to Bainbridge Cos. for the Bainbridge at Westshore Marina in Tampa, and $64.1 million for the Promenade at Carillon in St. Petersburg. 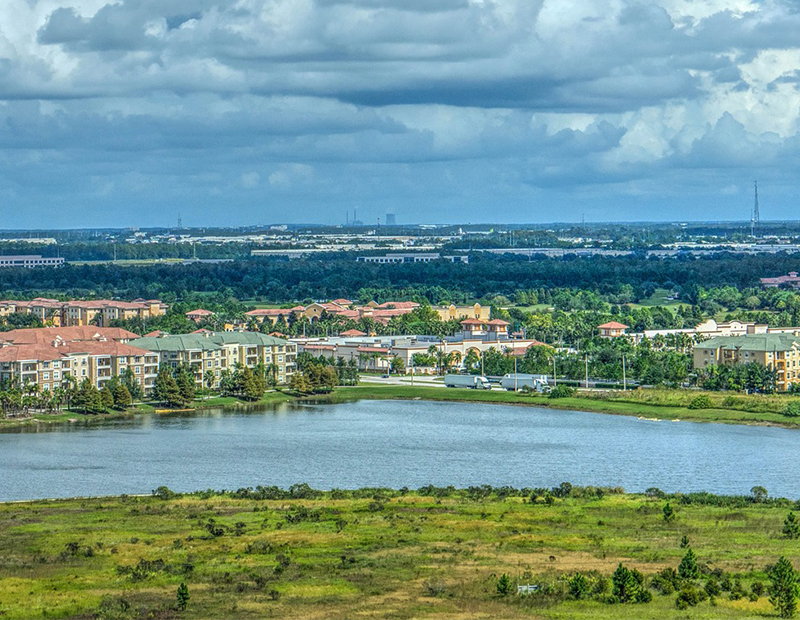 Orlando has been the best-performing multifamily market in the state in recent quarters, thanks to its incredible demographic and employment expansions. However, the leisure and hospitality sector is the largest employment sector in Orlando. The leisure and hospitality sector has been directly affected by the pandemic and the metro is facing critical times. However, construction activity is not expected to be severely impacted—developers were working on 56 projects totaling more than 17,000 units as of April, with some 11,000 units slated to come online by year’s end.

Investors closed 17 deals totaling $711 million in the first four months of 2019, transaction activity rose almost 40 percent to $994 million during the same period this year. At the beginning of the year, Harbor Group International purchased a 36-property, multi-state portfolio from Aragon Holdings for $1.8 billion. Two of the assets were in Orlando—the 373-unit Abaco Key and the 368-unit Signal Pointe Apartment Homes, for which Harbor Group paid $141.8 million.

Yardi Matrix covers all multifamily properties of 50+ units in size across 133 markets in the United States. This ranking reflects transactions for properties within that sample group.