Seattle—Vulcan Real Estate has decided it is time to cash in on its multifamily assets in Seattle’s South Lake Union. The firm completed its third sale in the neighborhood within a month with the disposition of Alley24. Greystar picked up the 172-unit community for $58.2 million, or $338,373 per unit.

A week ago Vulcan announced the sale of the Stack House Apartments and the Supply Laundry Building (commercial) to J.P. Morgan Asset Management. The week before Vulcan announced the sale of Rollin Street Lofts to Stockbridge Capital for $138.2 million. But Seattle-based Vulcan has no plans on leaving its hometown—the company intends to use funds from all sales for new development and land/value-add investments in the region. CBRE brokered all three sales.

Alley24 is LEED Certified and features an amenity package that includes two rooftop decks, a workout room, bike room, conference center, business room and media center. Thirty-five of the units are affordable for families at or below 65 percent of AMI under the City of Seattle’s Multifamily Tax Exemption program.

According to Marcus & Millichap’s 2015 National Apartment Index, Seattle multifamily values look to be reaching  a price plateau around $190,000 per unit. Rent growth also appears to be slowing down from nearly 8 percent in 2014, to a projected 5.5 percent for 2015.

Houston—The Carlyle Group and Greystar have sold Elan East, a 251-unit Class A community located in East Austin. The buyer was a Boston-based institutional investor. ARA, a Newmark Company, closed the transaction, with Austin-based principal Patton Jones representing the sellers.

The garden-style community was built in 2014. Amenities include an outdoor lounge area with full kitchen, a fitness center, business center and club lounge. Occupancy at the time of sale stood at 95 percent. 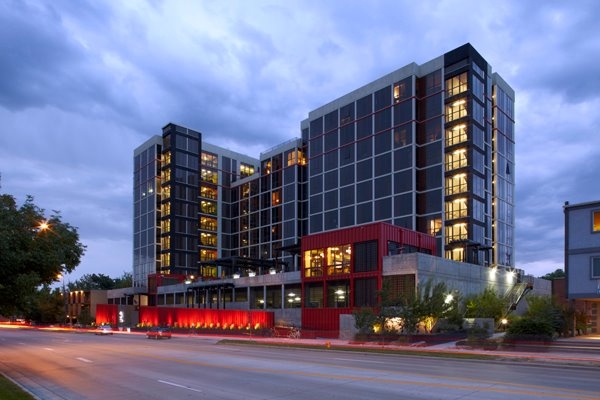 Denver—Officials of The Preiss Co., the nation’s third largest, privately held student housing owner-operator, announced the joint venture acquisition of The Vista, a student housing communitylocated directly across from the University of Denver.

The 286-bed property was purchased for an undisclosed amount by a joint venture comprised of Preiss, Baltimore-based Criterion Holdings LLC as the general partner, and a separate private investment group.  The Preiss Co. will oversee the property’s operations, as well as an estimated $500,000 upgrade to the facilities.