Flushing, N.Y.—A 23,000-square-foot development lot has sold in the Queens neighborhood of Flushing for $10.2 million. Steven Siegel, Michael Kook and Michael Helpern, all in Marcus & Millichap’s Manhattan office, represented the seller, a family partnership, and the buyer, a local/regional development group.

“Downtown Flushing is one of New York City’s most heavily trafficked areas,” Kook says. “The development site is part of a block that recently had its zoning changed to C2-6A, which allows for a variety of commercial and residential uses. The new zoning is accompanied by an FAR of 4, which allows for a 92,000-square-foot development.”

Located on Fowler Avenue, the site is five blocks from the intersection of Main Street and Roosevelt Ave., one of the most heavily trafficked areas of New York City. Siegel, Kook, and Helpern sold a similar 86,000-buildable-square-foot site on the other side of this block on Avery Avenue in October 2013 for $11.3 million.

Charles Cotsalas, senior vice president/senior director at NorthMarq, worked to close financing for the properties which contain a combined 132 rooms. The transaction was structured with a 10-year term and 30-year amortization schedule. Financing was provided by a CMBS lender.

“This was a full loan following DPO just 12 months earlier,” Cotsalas says. “The lender was very comfortable with the current borrower/owners post-DPO, despite some historical obstacles.” 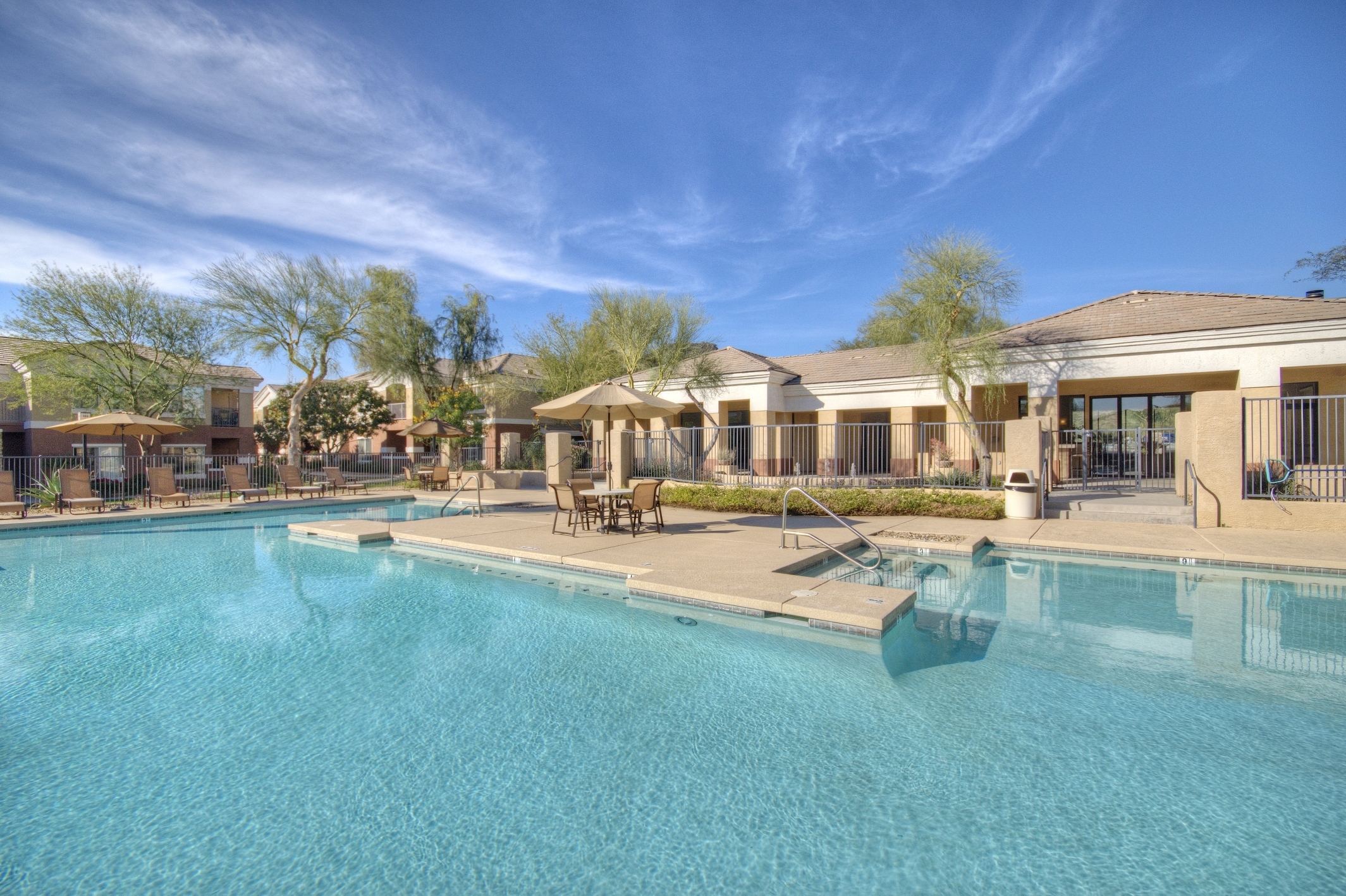 Glendale, Ariz.—Institutional Property Advisors (IPA), a brokerage division of Marcus & Millichap serving the needs of institutional and major private investors, has arranged the sale of Adobe Ridge, a 224-unit apartment complex in Glendale, Ariz. The $26 million sales price equates to $116,000 per unit.

“Adobe Ridge is located between the affluent and amenity-rich trade area known as Arrowhead and the North I-17/ Deer Valley Employment Corridor, an area encompassing more than 17.5 million square feet of retail, office, industrial and flex space with more than 51,000 employees,” says Gebing. “The benefit of the property’s position within the competitive landscape of the submarket is that it provides for a captive rental audience by bisecting the two major employment concentrations.”

Built in 2005 on almost 15 acres by MLP Investments, the property is located at 4545 West Beardsley Road in Glendale. It is adjacent to Loop 101 (the Agua Fria Freeway) and has approximately 1,144 linear feet of drive-by visibility from an estimated 153,000 daily freeway commuters.