Marcus & Millichap represents the private buyer and seller in a 71-unit sale; Heritage Capital enters a value-add play in Charlotte; and Eastern Consolidated arranges the sale of a mixed-use property in Tribeca. 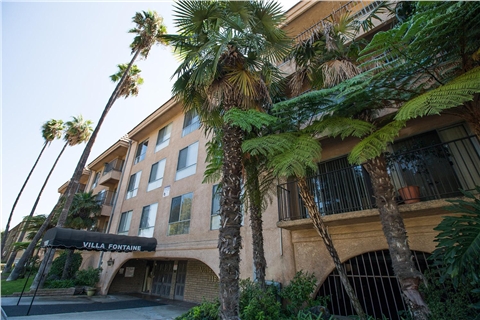 “This was Villa Fontaine’s first time on the market in 35 years,” says Harris. “The property’s size, central location, amenity package and the opportunity it presents to add value make it well suited to provide healthy long-term returns.”

“Villa Fontaine has not been renovated in 20 years,” adds Darrow, “although the previous owner did spend approximately $3 million on structural and other upgrades in the mid-1990s.”

Charlotte, N.C.—ARA has brokered the sale of Beacon Hill, a 349-unit community in Charlotte, N.C. The Charlotte, N.C.-based team of Blake Okland, Dean Smith, John Heimburger and Sean Wood exclusively represented the seller, San Francisco, CA-based McDowell Properties in the transaction. The value-add community was acquired by Ridgewood, N.J.-based Heritage Capital for $19.5 million or $55,946 a per unit.

Beacon Hill is centrally located among three of the top employment nodes in Charlotte – the Charlotte CBD (80,000+ employees), Southwest Charlotte, including the Charlotte Douglas International Airport (60,000+ employees) and South Park (40,000 employees). Constructed in 1985, prior ownership had completed interior renovations on 169 of the 349 units.

New York—Eastern Consolidated has arranged the sale of 131 Duane Street in Tribeca for $18.5 million. Brokers Ben Tapper, senior director, and Marion Jones, director, exclusively represented the seller in the transaction.

The five-story, 25,000-square-foot mixed-use building at 131 Duane Street, is located in the heart of Tribeca within the Tribeca South Historic District.  The property contains eight residential units on floors two-five, as well as a ground floor and lower level retail space occupied by the popular City Hall Restaurant. The building can potentially be converted to condominium or held as a rental property for the foreseeable future.

“The property at 131 Duane Street is located in one of the premier submarkets in one of the world’s most sought after cities for institutional and private investors,” says Tapper.

Jones notes that Tribeca has emerged as downtown’s most exclusive, residential neighborhoods. “There are very few large cast-iron loft buildings in Tribeca that have not yet been converted to co-op or condominium. The building is one of the last of its kind,” she says.

Tapper adds: “Finding the right buyer proved challenging given the limited current income that the property is generating, requiring a buyer to come with a larger than normal percentage of cash. Because 75 percent of the units are rent stabilized, with an average rent of well under $700 per month for apartments that are over 2,000 sq. ft., there is a lot of upside that a new owner can realize over time. However, given the dearth of available product, especially 75 foot wide cast-iron loft buildings in Tribeca, we knew this was a desirable asset.”