Greentree Village Apartments is an all-brick, well landscaped property with on-site parking situated in a residential neighborhood of Claymont, a suburb of Philadelphia.  It includes 88 one-bedroom apartments, 169 two-bedroom apartments and 29 three-bedroom apartments in 11 buildings.  It is located near major highways including Routes 95 and 495, and offers easy commutes to Philadelphia and Wilmington, Del. Amenities include a club house, storage facilities and playground.

“Greentree Village was a distressed property that offered a purchaser a value-added opportunity to reposition it in a strong market,” says Holland. “Most of the nearby competitive properties operate in the 95 percent occupancy range. Greentree is well located with very good floor plans. The purchaser plans extensive renovations and upgrades including new kitchens and bathrooms and installing washers and dryers in each unit. These improvements and the property’s other amenities will make Greentree competitive with other area properties and a desirable home for tenants.”

The seller was led by an affiliate of a large international insurance company that foreclosed on the property and engaged Kislak on an exclusive basis to market and sell it. The purchaser was The Galman Group, a longtime Kislak client.

“The Galman Group is an experienced multifamily owner and operator that owns in the area and will surely make the property a great success,” Holland adds.

The property has since been renamed the Edge at Greentree. 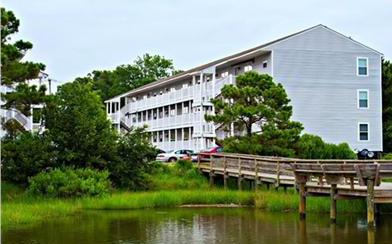 Norfolk, Va.—The Washington, D.C. office of Marcus & Millichap has completed the sale of Pretty Lake Landing Apartments, a 33-unit community located in Northfolk, Va. The transaction was valued at $1,8750,000.

Pretty Lake Apartments was constructed in 1989 and is situated on two acres. The southern Virginia submarket of Hampton Roads continues to be an attractive arena for investors due to its strong market fundamentals and the continuing low interest rates.