Pittsburgh—KeyBank Real Estate Capital has arranged a $139 million refinance for four multifamily properties on behalf of NSP Inc. Two of the assets are located in Pittsburgh, with additional assets in Cincinnati, Ohio; and Lexington, Ky., representing 1,382 units in total. 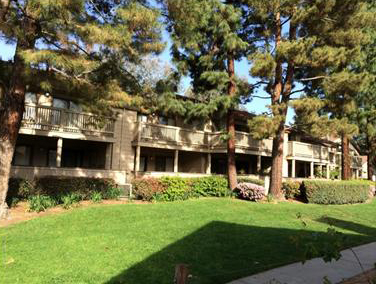 “This is a case where having a consistent relationship with a lender really made a difference,” Christensen says. “Of course, it also helped that Allmark is so highly regarded for its management and ownership style.”

The 1987-built property has been in Allmark’s portfolio since 1996. Occupancy has been maintained between 97 percent and 99 percent over the last year. Amenities include a barbecue and picnic area, lighted tennis courts, a pool, spa and sundeck.

Working with Fannie Mae, Capital One Multifamily secured a 70 percent LTV and an interest rate under 4 percent. The loan has a fixed rate with a seven-year term, 6.5 years of yield maintenance, and 30 years of amortization, payable on an actual/360 basis.

Syracuse, N.Y.,– The Community Preservation Corporation Inc. (CPC) announced the closing of a $12.42 million Freddie Mac mortgage to support Merchants Commons in Downtown Syracuse’s Central Business District. Located in a downtown area that has seen dramatic growth in population and local economic activity, the former Snow Building and Merchants Bank Building were combined to create Merchants Commons, which now consists of 66 residential units and over 34,000 square feet of commercial space.

“CPC is always looking for opportunities in dynamic communities such as Downtown Syracuse to finance quality, affordable homes, spur economic development, and bring density back into the community,” says Nicholas V. Petragnani, Jr., senior vice president and Central and Western New York Regional Director at CPC. “Merchants Commons is a development that provides 66 individuals and families with quality housing in a vibrant neighborhood and significant commercial space to help more local businesses grow and contribute to the area’s economic growth. Freddie Mac shares our vision and passion for downtown revitalization, and we are happy to continue this critical partnership.”

Merchants Commons’ 48 one-bedroom and 18 two-bedroom rental apartments were recently renovated with sealed and polished concrete floors, granite countertops, and upgraded appliances. With rental rates for the residential units ranging from $1,000 per month for one-bedroom units to $1,945 per month for two-bedrooms, the property was fully leased quickly. Located one block south of the bustling Hanover Square, residents will have easy access to many restaurants and local retail stores.

“Of our many projects, Merchants Commons stands out as especially imaginative because of Joe Hucko’s tremendous efforts to improve the authenticity of the architecture in a manner which has enabled the building to become an attribute to the Downtown area. Rather than being a drab office building with no relationship to the neighborhood, it is now a vibrant residential building with a very active street scene,” says Christopher Hooke, senior vice president and director of Freddie Mac and Fannie Mae Sales at CPC. “For over 20 years, Freddie Mac has been a powerful public investment tool, enabling CPC to originate nearly 300 loans totaling $1.2 billion. We are proud to be connected with such invested partners and hope to continue working on projects that will boost the City’s revitalization efforts.”