Close proximity to five highways and a rail station are nice selling points; a mortgage bank increases cash flow with a refinance in California.

Sylmar, Calif.—J&B Asset Management has acquired a 223-unit property in the North San Fernando Valley city of Sylmar for $45.8 million. Marcus & Millichap’s IPA division brokered the sale on behalf of the seller, Fairfield Sylmar L.P., an affiliate of Fairfield Residential. J&B Asset Management was founded in 1999 in Los Angeles.

IPA director Greg Harris described Rockwood at the Cascades as a “commuter’s haven” due to its proximity to five major freeways and a Metrolink station that offers a 40 minute commute into Los Angeles. The 2007-built asset sits 12 miles northwest of downtown L.A. near I-5, I-20, I-405 and California state routes 14 and 118. 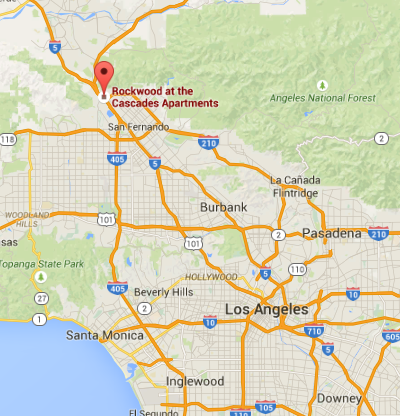 The property itself is composed of 10 three-story buildings with 118 one-bedroom units and 105 two-bedroom units. Amenities include a resort-style swimming pool with cabanas and spa, a fitness center, a clubroom with demonstration kitchen and plasma TV, a courtyard with fireplace, a dog park and a picnic area.

Capital One lowers rate from 6.15 percent to 4.75 percent for loan

Bethesda, Md.–Capital One announced that it has provided a $5.9 million Fannie Mae fixed-rate loan to refinance Rio Plaza, a 110-space manufactured housing community (MHC) in King City, Calif. King City is located in Monterey County, 50 miles southeast of Salinas. Damon Reed, senior vice president and Capital One’s director of MHC Finance, originated the transaction. The sponsors are repeat customers of both Capital One and Reed. The proceeds of this loan allowed the borrower to retire existing Fannie Mae debt and provided funds for future acquisitions.

The sponsors decided to refinance before their existing loan matured in order to take advantage of favorable interest rates. “We were able to have their loan approved and locked before treasuries started moving higher,” Reed said. “As a result, we were able to lower their interest rate from 6.15 percent to the 4.75 percent range.” The new loan provides a significant increase in cash flow, as well as reduced interest payments.

Built in 1973, Rio Plaza is 99 percent occupied. The community is located in a residential neighborhood, close to the local hospital, and has easy access to Highway 101. Shared amenities include a clubhouse, pool, basketball court and laundry facilities.

The 30-year fixed-rate loan has a 30-year amortization payable on an actual/360 basis.