HFF announced that it has closed the $80 million sale of a two-acre development site on Biscayne Boulevard. 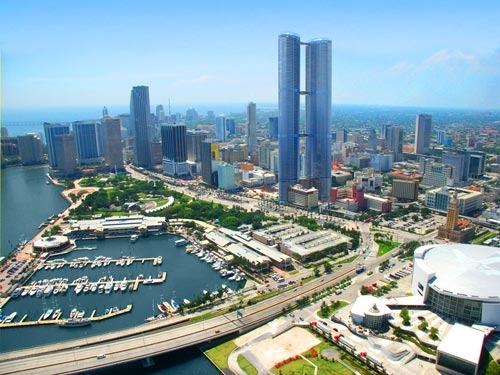 Miami—HFF announced that it has closed the $80 million sale of a two-acre development site located at 300-330 Biscayne Boulevard, one of the last remaining prime development sites in Miami’s urban core.

HFF represented the seller, a trust established for the benefit of CDR Creances S.A.S. Property Markets Group purchased the asset for $80 million.

The site, also known as The Empire World Towers Site, totals approximately 2.04 acres and is approved for the development of two 93-story towers comprising 1,557 residential units, which would make it the tallest structure south of Manhattan on the East Coast of the United States. Additionally, the finished mixed-use towers are approved for 24,741 square feet of retail space and 3,317 square feet of office space.  Located directly across from Bayfront Park, the development site has permanently-preserved bay and ocean views and will offer a true urban lifestyle being walking distance from American Airlines Arena, Miami Dade College, Bayside Marketplace and the to-be-built 765,000-square-foot Miami World Center Mall.

“This transaction is highly significant in that it will ultimately reshape the Miami skyline,” Turkell says. “The zoning allows a highly intense development with virtually limitless possibilities.”