Eastern Union arranges financing for a CityR Group buy; BBVA Compass provides $30 million for an acquisition in Mesa, Ariz.; and Greystone originates $30.5 million for a four-property purchase in North Carolina.

Steger, Ill.—UK-based investor CityR Group has completed one of its largest acquisitions to date with the purchase of The New Colonies in Steger, Ill. The 672-unit asset traded for $51.7 million, in large part thanks to $42.7 million in financing arranged by Eastern Union Funding. The Fannie Mae loan was originated by Eastern Union President Ira Zlotowitz and Senior Managing Director Michael Muller. It features a 10-year term locking in at 4.03 percent. Arbor Commercial Mortgage provided the loan, which covers roughly 83 percent of the purchase price.

While CityR Group is based in London, they have an office in Teaneck, N.J., and are no stranger to investing in U.S. apartments, having closed deals in New Jersey, Alabama, Kentucky and now Chicagoland. The New Colonies is classified as a Class B asset with significant upside potential. 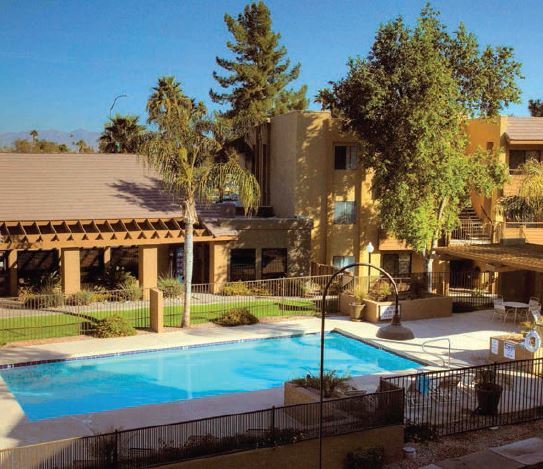 Midtown on Main is 95 percent occupied. Amenities include a pool, playground, basketball courts and storage space. The asset sits on 18.5 acres on the Metro Light Rail line that connects Mesa to Tempa.

Greensboro, N.C.—Greystone has provided $30.5 million in loans for the acquisition of four multifamily properties in the Piedmont Triad region of North Carolina. The four separate loans were originated by Greystone’s Vincent Langan, and delivered to Fannie Mae under its DUS program. Terms for all four properties include 10-year financing with 30-year amortization, one-year interest-only and 80 percent LTV. The communities were acquired by Varden Capital Properties—a firm that recently tapped Greystone for an Atlanta acquisition.

The properties acquired in North Carolina include: