Alpharetta, Ga.—ARA’s Seniors Housing Group has brokered the sale of Arbor Terrace at Crabapple, a 93-unit Class A assisted living and memory care community located in the Atlanta suburb of Alpharetta. Seniors Housing broker Mike Garbers represented seller AEW Capital Management in the sale. AEW sold the property on behalf of one of its institutional clients to buyer Prudential Real Estate Investors.

“We are pleased to have represented AEW Capital Management in the sale of this asset,” says Garbers of ARA Seniors Housing. “The seller wanted an efficient marketing process. We were able to secure multiple offers achieving the seller’s expectations and provide for continuity of operations by having the existing management company remain in place.” 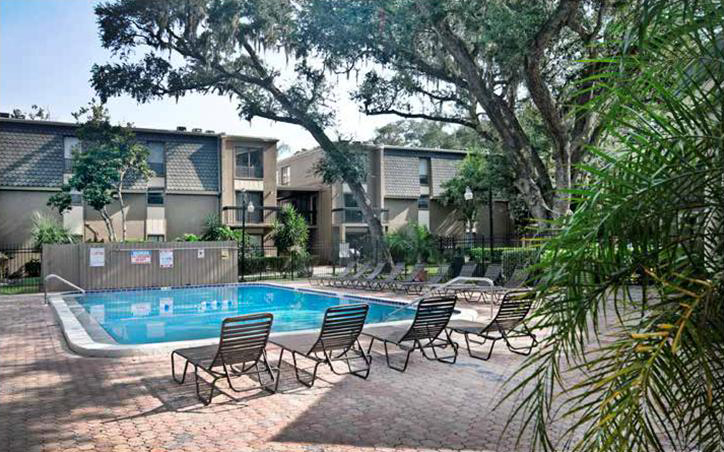 Clearwater, Fla.—Beech Street Capital has closed a $17.2 million Freddie Mac CME loan for the acquisition of MacArthur Park, a 456-unit asset in Clearwater, Fla. The borrower was Robbins Property Associates, an owner and manager with primary interest in Florida.

The 1975-built asset has received approximately $1.6 million in capital upgrades since 2008. Approximately 35 percent of the units are townhouses.

The property, which has been named Rivergate, will feature four-story apartment buildings containing 159 luxury units. Three of the four buildings will be equipped with an elevator and there will be 16 under-building garages and 40 free-standing garages. The complex will also boast an outdoor resort style swimming pool, state-of-the-art fitness center and an exclusive clubhouse. Construction has commenced, with an anticipated completion date of 12 to 18 months.

Rivergate is part of the Bordentown Waterfront Community Development, which will include a mix of residential and commercial uses on approximately 100 acres. On the residential side, the community will feature a total of 358 apartment homes, 118 loft homes, 120 manor townhouses and 52 townhouses. There will also be 31,400 square feet of commercial property and additional restaurant and office uses. When completed, the community is projected to be the location of at least 75 employees and 648 households. The Bordentown Waterfront Community also has plans to reconstruct the Light Rail System, which includes a station at the entrance to the community.

The site is surrounded by the Delaware River and Crystal Lake, easily accessible public transportation and a major highway network. Bordentown boasts a lively downtown of boutiques, restaurants, cafes and galleries. Other retail options are located on US 130, including three regional malls located within a 20-minute drive of the development site.

“With interest rates likely to escalate, borrowers remain eager to lock in loans at today’s low rates,” says Mark Scott, president of Commercial Mortgage Capital. “Now is the time for borrowers to take a hard look at what makes the most sense for their bottom line and to recast, unwind, extend or rebind their loans into new 10- to 15-year term loans. Several large lenders have not hit their targets and are still aggressive, while others have hit their goals and are raising spreads.”