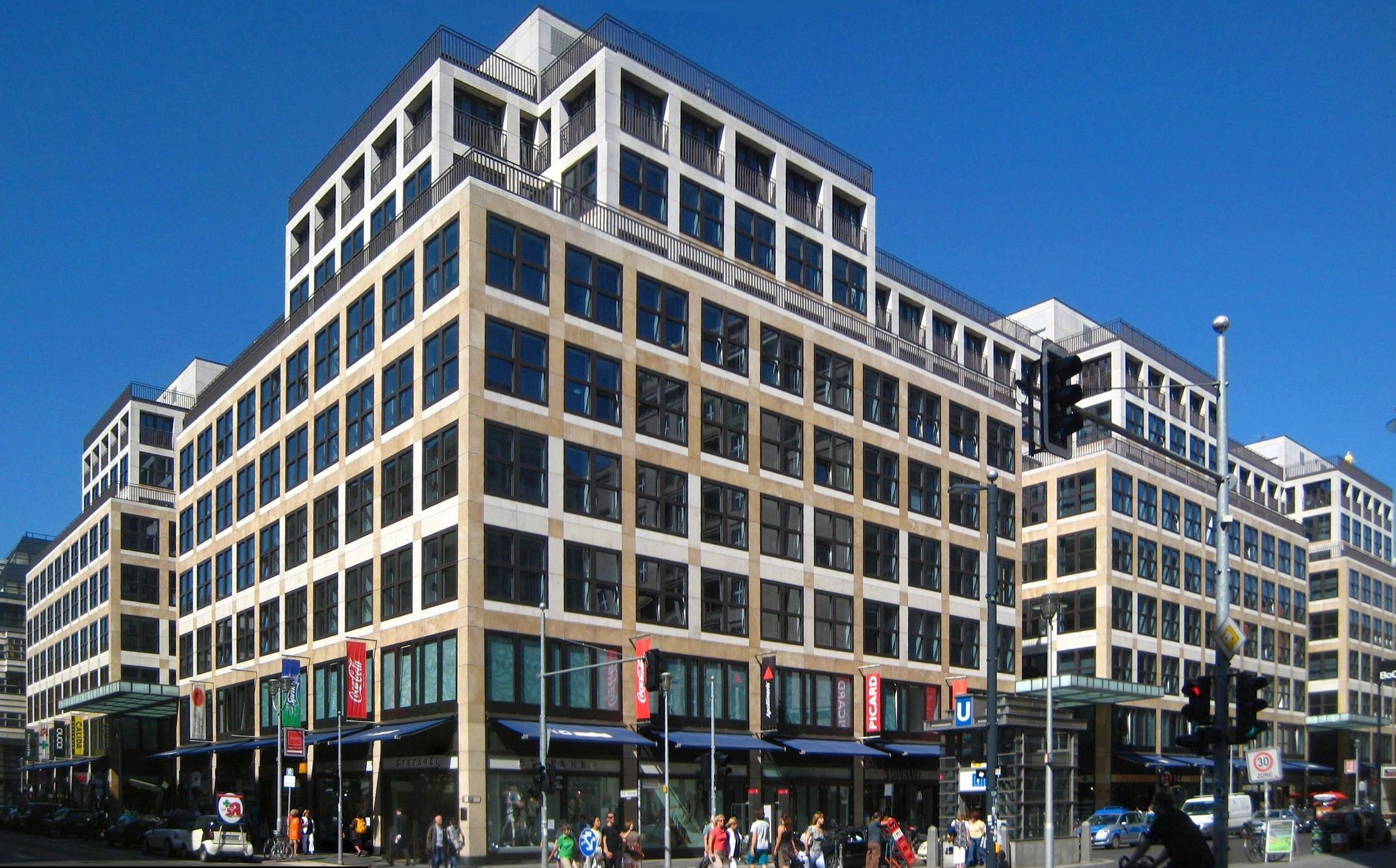 Berlin, Germany—Quartier 205 in Berlin, an iconic office property developed by Tishman Speyer two decades ago, has been acquired by Tishman Speyer. The developer, owner, operator and asset manager has bought back the property from Ponte Gadea and Grupo Santander, two Spanish entities, and has added it to the European Core Fund.

Financing for the transaction was provided by Berlin Hyp, while the sellers worked with CMS Hasche Sigle, JLL and CBRE. Tishman Speyer was represented by White & Case and Savills during the transaction, the value of which was not disclosed.

Known in Berlin as The Q, the building totals around 565,000 square feet of office, retail and residential space. Tishman originally worked with architect Oswald Mathias Ungers in the development of the mixed-use asset that occupies a full city block between Freidrichstraße and Gendarmenmarkt. The company started development on the building in the aftermath of the fall of the Berlin wall, and completed the project in 1995.

According to the co-CEOs of Tishman Speyer, Jerry Speyer and Rob Speyer, the acquisition is meant to act as a foothold in the city’s real estate market. “This acquisition constitutes our re-engagement with the Berlin real estate market, where we began over 25 years ago, and we look forward to widening our presence in this vital city in the years to come,” they said.