The Preiss Co. has continued its portfolio diversification into traditional multifamily properties by acquiring two communities in Raleigh, N.C. The company purchased Edition on Oberlin from Leon Capital Group for $71 million and The Greens at Tryon from FCP for $61.8 million, according to Yardi Matrix data.

Located at 305 Oberlin Road, the 203-unit Edition on Oberlin was previously known as Trilogy Cameron Village. The community offers apartments and townhomes in studio, one-, two- and three-bedroom units ranging from 540 to 1,448 square feet, according to Yardi Matrix data. The units were built with walk-in closets, oversized tubs and private outdoor space. Edition on Oberlin’s amenities include a pool, courtyard and fitness center. According to Yardi Matrix data, the community is 88.2 percent occupied.

TPCO also acquired The Greens at Tryon that’s roughly 5 miles away from Edition on Oberlin. Located at 2805 Par Drive, The Greens at Tryon offers 264 units in one-, two- and three-bedroom units that are between 800 to 1,250 square feet. The units were built with gas-log fireplaces and full-size washers and dryers, with select units having spiral staircases, vaulted ceilings and private patios or balconies. The community’s amenities include a picnic and grilling area, pool, resident lounge, tennis court, fitness center, cybercafe, pet park, care care center, package locker concierge and bocce ball and cornhole courts. According to Yardi Matrix data, The Greens at Tryon is 97.4 percent occupied. 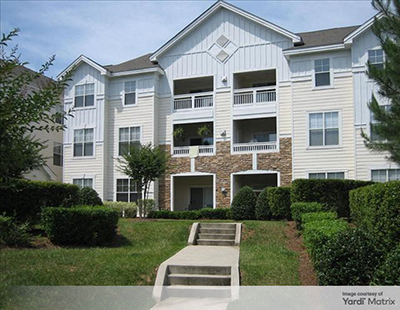 While TPCO’s portfolio is largely made up of student housing properties, the company decided to diversify in 2021 by adding conventional multifamily, John Preiss, CIO of TPCO, said in prepared remarks. Preiss also said in his prepared statement that TPCO has closed on three conventional multifamily deals this year, including its first multifamily acquisition of Legacy Oaks in Knightdale, N.C. in April.

Preiss also said in prepared remarks that TPCO has since acquired more than $195 million worth of conventional multifamily projects. However, the company is still investing further into the student housing sector, where TPCO acquired a 504-bed community near the University of South Carolina in June.