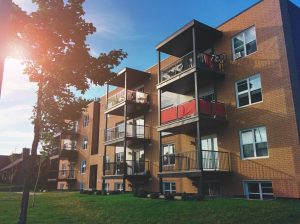 Image by Sigmund via Unsplash

Southwood Realty has acquired West Edge Apartments, a 270-unit luxury community in Lynchburg, Va., for $68.9 million, in an off-market sale. Capstone Apartment Partners arranged the deal, which marked Southwood Realty’s third multifamily acquisition in the state in the past 18 months.

West Edge Apartments is a Class A asset located at 200 W. Edge Way that encompasses one-, two- and three-bedroom units, equipped with balconies or private patios. Common-area amenities include a swimming pool, a fitness center, laundry facilities, and a clubhouse and community center.

Completed this year, the community spreads across almost 23 acres and is situated 3.5 miles from Liberty University, 4 miles from Lynchburg Regional Airport, 6.8 miles from University of Lynchburg and near several retail options, such as Lowe’s and Kroger. The community is also close to Centra Lynchburg General Hospital and within 10 miles of Madison Heights.

Southwood Realty intends to bring additional improvements to its newly acquired asset, which was 96 percent occupied at the time of the sale. The transaction was facilitated by the same Capstone team who worked with the buyer for its past two purchases in the state: Director Eric Liebich and Managing Director Ron Corrao.

Multifamily investors have been very active in Virginia in the third quarter. Last month, Bonaventure purchased Pinnacle and Magnolia Chase Apartments, two luxury communities in Hampton and Virginia Beach, while in August, Capital Square paid $98.5 million for Rivergate, a 402-unit luxury asset in the Woodbridge suburb of Washington, D.C.