SOFR and the Transition From LIBOR: Will CRE Lending Change?

By the Editors of Multi-Housing News
September 5, 2019
Digital EditionFinance & Investment

The countdown for the London Interbank Offered Rate phaseout is on. Have you reviewed your loan documents and processes in advance of the new benchmark? 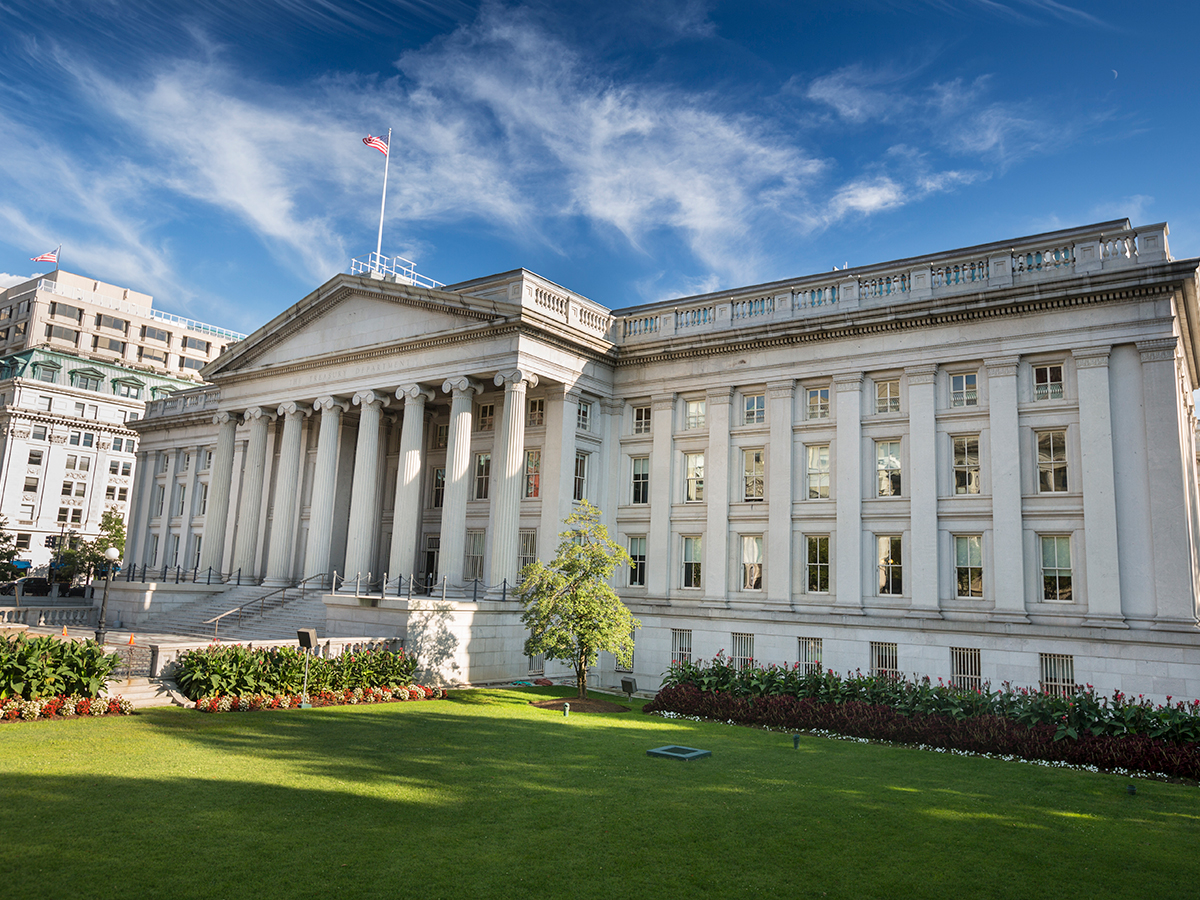 In less than 18 months, the real estate financial system will undergo one of the most significant structural shifts in decades: the London Interbank Offered Rate, the index upon which interest rates for a wide variety of financial products is based, will be replaced by the Secured Overnight Financing Rate. In the near term, the transition from LIBOR will increase risks and the amount of legal resources involved in real estate financing deals, but the end result should be a more reliable index for borrowers.

“It impacts virtually all components of a large financial organization’s business: operations, sales, compliance, legal etc.,” said Judah Frogel, a partner at international law firm Allen & Overy, who described the change as significant, far-reaching and unlike anything else that has disrupted the system in recent years. “The most important thing any organization can do is to get ahead of the change and be prepared.” 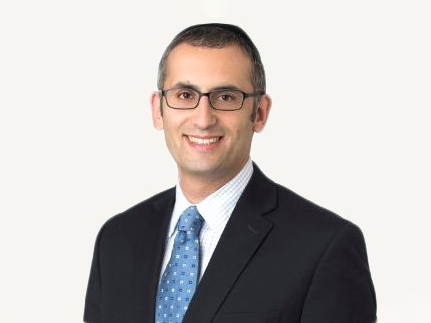 Indeed, as the 2021 deadline draws near, regulatory organizations, lenders and countless intermediaries are all concentrating on the replacement process. On July 10, the Alternative Reference Rates Committee, which includes Fannie Mae, Freddie Mac and a number of other public and private lenders, published an extensive white paper on using SOFR for residential adjustable-rate mortgages.

“Freddie Mac Multifamily is working with its networks of dealers, and Optigo lenders and servicers, to determine how the transition from LIBOR will affect the market,” a Freddie Mac spokesperson told Multi-Housing News.

Two days following the white paper’s release, the U.S. Securities and Exchange Commission issued a statement discussing the risks of not planning accordingly for SOFR and the transition from LIBOR—such as increased credit costs for borrowers and litigation resulting from lack of adequate disclosure for lenders—and encouraged market participants to evaluate contracts extending past the deadline as well as any products, strategies, processes and information systems that are not compliant with or cannot accommodate the cessation of LIBOR.

LIBOR—the average rate major global banks charge each other to borrow money—was first established in 1969, and it took nearly two decades for the benchmark to be widely used. In 2012, however, it was revealed that several bankers at major financial institutions were manipulating the index for profit since it was based more on estimates than actual transactions. As a result of the scandal, in 2014, the ICE Benchmark Administration became responsible for supervising LIBOR. But the organization only committed to do so until 2021. This led to the launch of SOFR, a potential LIBOR replacement officially endorsed by the ARRC in 2017. One of SOFR’s strengths over LIBOR is that it is based on actual transactions in the very active overnight Treasury repurchase market, making it more relevant to how financial institutions actually fund themselves today. According to the New York Federal Reserve, which publishes the SOFR index daily, the transactions underlying it regularly exceed $800 billion in daily volume. 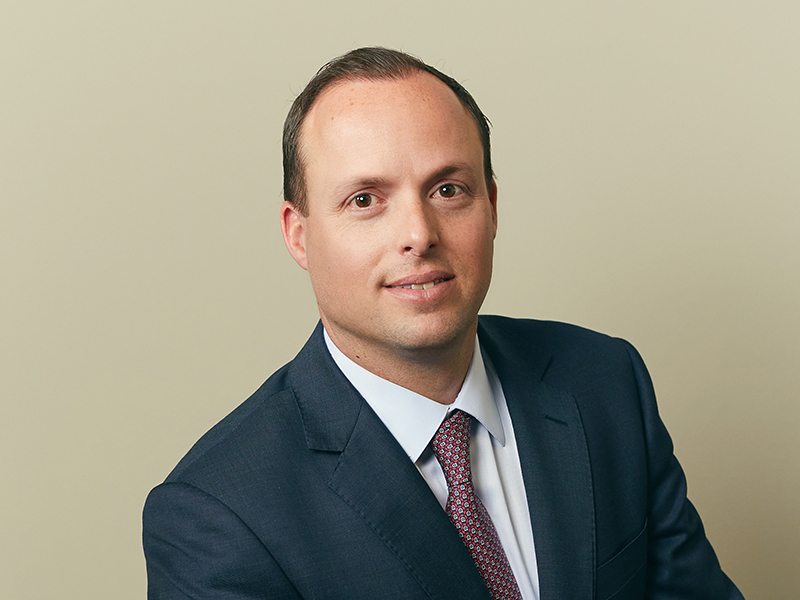 “SOFR is a backward-looking overnight rate with little to no credit risk in contrast to LIBOR, which is an unsecured lending rate that incorporates credit risk,” said J.C. de Ona, Miami-Dade County market president for Centennial Bank.

SOFR’s structure and language will take some getting used to, experts admit, but it will not be as drastic a change as many expect it to be. “If you look at how SOFR is computed by going back to 30- and 90-day averages, you’ll see that its volatility and movement are very similar to LIBOR,” said MetroGroup Realty Finance Vice President Ivan Kustic, “so once people are comfortable that the indexes are very similar, consumers will get comfortable with the new reference rate.”

In its Options for Using SOFR in Adjustable Rate Mortgages white paper, the ARRC included models of SOFR-based ARMs for each type of LIBOR ARM. “The models … are consistent with the ARRC’s principles, would meet consumer needs and be attractive to both borrowers and investors at rates consistent with, and as determined by, competitive markets,” the paper states. 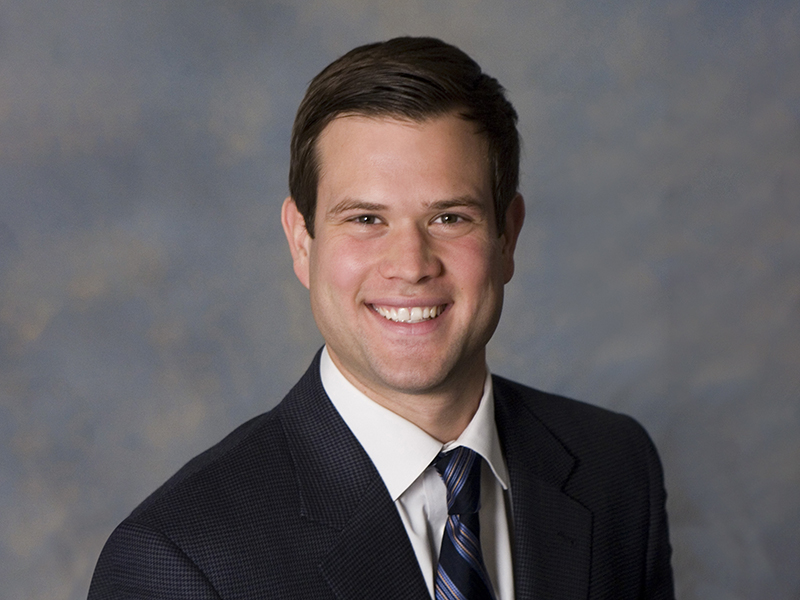 One of the major concerns for borrowers about the SOFR and the transition from LIBOR is how the change in pricing structure will affect their capital costs. Since the SOFR rate is based on secured transactions, it is a “nearly risk-free rate,” according to ARRC’s User’s Guide to SOFR.

“The credit cost in LIBOR, because it is unsecured, will be included in a spread for SOFR transactions and will not add to the cost,” Kustic said. “Initially, there might be an attempt of interested parties to pass along the cost in the new rate, but it would be minimal. Over the long term, there should be no effect or change to the cost of capital as a result of changing from LIBOR to SOFR.” 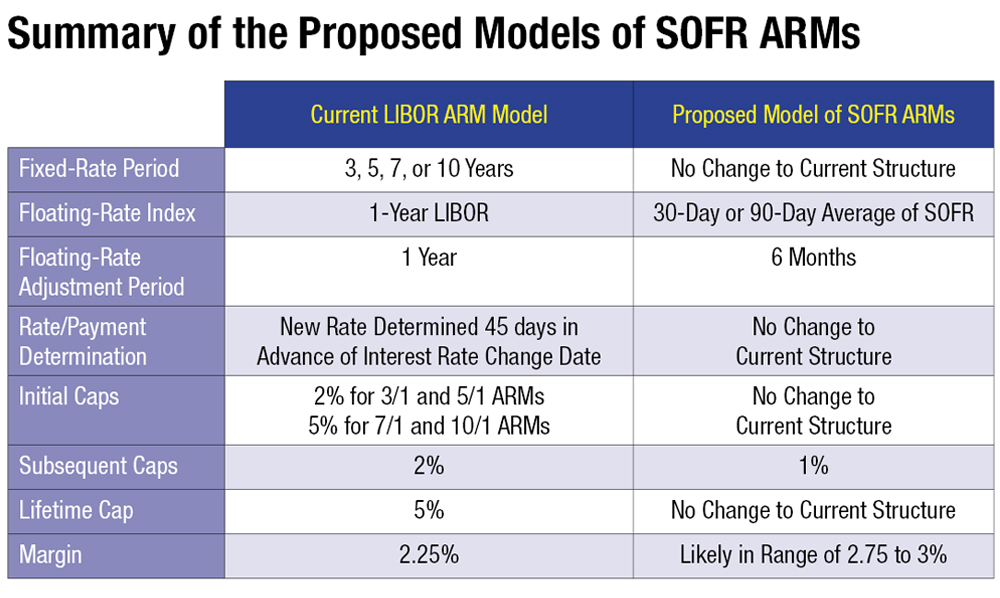 The biggest task for lenders seems to be reviewing all contracts that will be impacted by the LIBOR phaseout. In some LIBOR-based financing contracts, it is stated that all interested parties must consent to any contract amendments. Locating all parties and obtaining their consent can often prove.  complicated. “Any current contract carrying LIBOR language must have very detailed replacement or fallback language that suits and is favorable to both parties and that both parties would agree to,” Kustic explained.

Agreements that do not contemplate LIBOR cessation risk renegotiation and litigation, which could result in a contract term that can no longer be interpreted. For contracts that have ambiguous replacement language or do not allow a replacement index, the ARRC is considering legislative action that would approve such changes. The committee has recommended market participants to include such provisions in new and existing contracts, without further delay, to prevent complications and increased legal expenses. 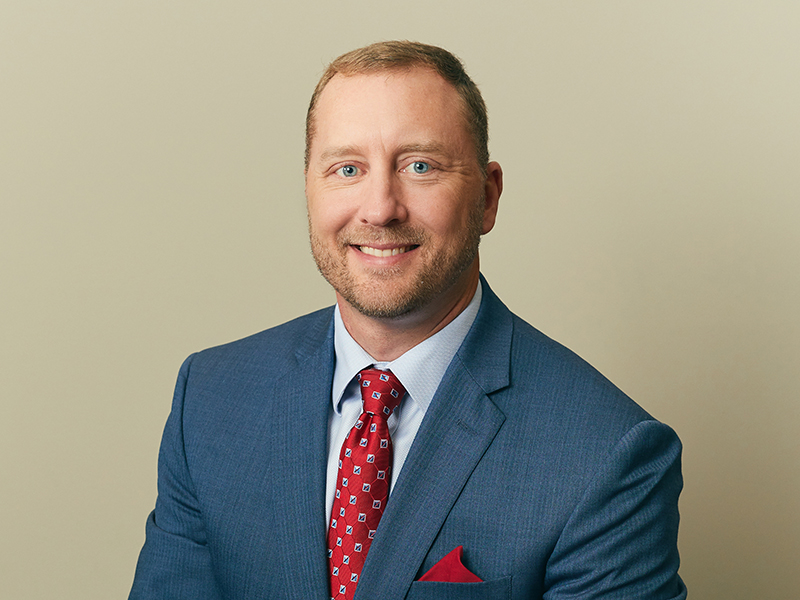 And timing is everything in order to mitigate these risks because adjusting to the SOFR system might take longer than expected. “Bank clients are used to having LIBOR as their index, so this will be a challenge in itself. It will be key to educate clients and inform them with time on any changes and transition,” said David Druey, South Florida regional president at Centennial Bank.

Kustic also believes that lenders should already be developing new SOFR products, as a way to better manage the transition and ensure a good business performance post-2021. Fannie Mae, for example, has revealed it is working on such a product. “Banks need to create and receive internal approval to provide new contracts and products. For example, lending options that include SOFR language,” he said.

To handle the review process for clients, Allen & Overy’s Markets Innovation Group has built a massive repapering tool. “The cost and inefficiency of doing this the old-fashioned way is simply too great,” Frogel added.

In the long run, the outlook on the fast-approaching shift is a positive one. Druey predicts that SOFR will have a learning curve but should be more predictable and have a much broader scope to better reflect the overall economy based on the increased data points used to create the average rate.

“Many people are comparing the SOFR transition to the fear that was created in Y2K that on Dec. 31, 2021, disruption will hit the financial markets,” Kustic concluded. “The fact that larger institutions and agencies are being proactive adapting and transitioning early leads many to believe that this transition will be very smooth.”

Read the September 2019 issue of MHN.