HarborChase of the Park Cities will feature 134 assisted living and social and educational services, medication management and housekeeping. 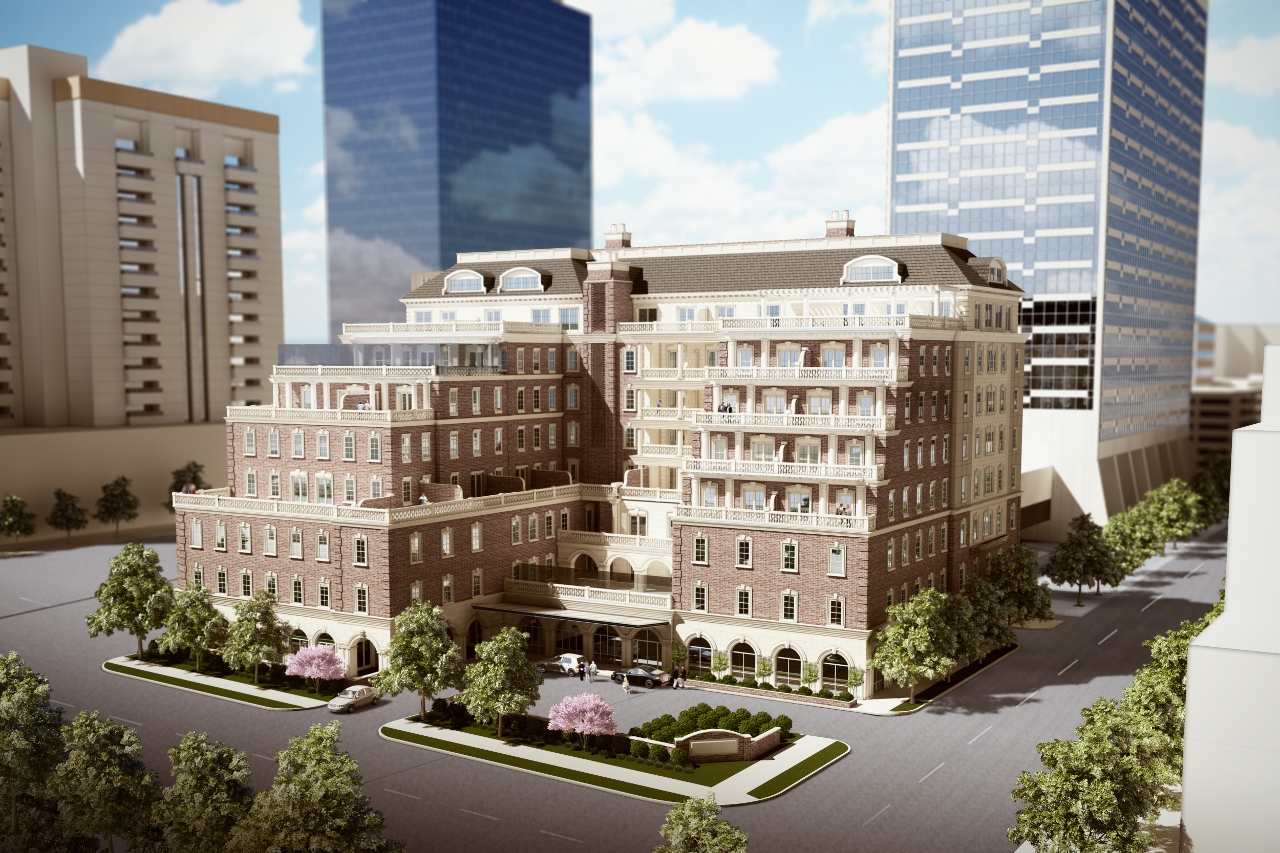 According to the developer, the community represents the “new generation” of senior living: a mid-rise in an urban setting with a high-end feel throughout. The property’s the second floor dedicated specifically for memory care residents. Amenities include three meals in the dining room, social and educational services, medication management, leisure activities and housekeeping.

“We focus on the new-generation concept with our senior living communities,” said Denny Alberts, cofounder of Dallas-based Silverstone with John Goff. “We are now taking that to the Mid-Atlantic region. We currently have four properties under development or in predevelopment in the Washington D.C. metro market.”

How Alberts and Goff Founded Silverstone

Alberts and Goff previously ran Crescent Real Estate Equities Inc., a REIT, for more than eight years before selling it to Morgan Stanley in 2007. Soon after, they were inspired to go into the senior housing business.

“My father-in-law, Louie Comparin, was diagnosed with Alzheimer’s disease, and I visited him almost every day in a senior living community,” said Alberts. “I watched the angels who took care of him each day, and I soon realized there was a growing need for this business.

“After Louie passed, I walked outside the family church and a feather landed on my windshield,” Comparin continued. “I took that as a sign from Louie to move forward and venture into senior living. I wanted a partner, so I approached John. We talked for less than five minutes, and John agreed to put up half of the money if I put up the other half. From there, the Silverstone Healthcare Co. was born.”