Northwind Group provided the financing, which will be used for a ground-up luxury development in Long Island City. 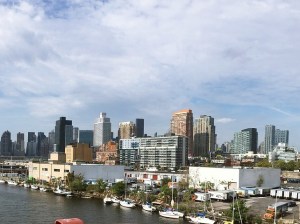 A joint venture between SB Development and Hazelton Capital Group will get some financial backing to complete its luxury condo development in Long Island City, N.Y. The joint venture secured a $62 million first mortgage completion to condo inventory loan, which was provided by Northwind Group.

Ran Eliasaf, Northwind founder & managing partner, said in prepared remarks that the loan was sourced directly by the Northwind team in an off-market transaction. Eliasaf added that Northwind was planning on closing more than $600 million in new loans before the end of the year.

The financing from Northwind Group will go towards SB Development and Hazelton’s $70 million ground-up residential development called NOVA. The 86-unit community will have its units spread throughout 24 stories in a 95,000-square-foot building. The joint venture is building the units with stainless steel appliances, glass showers and large windows with views of Manhattan, while the community’s amenities will include a fitness center, children’s playroom, dog washing station, resident lounge, rooftop deck, package room and bike storage.

According to SB Development, the site for NOVA was assembled by combining two parcels of land and two separate parcels of transferable air rights. Located at 41-05 29th St., NOVA will be near the MTA’s Queensboro Plaza and Queens Plaza stops, giving residents access to six subway lines and a 15-minute commute into Manhattan.

Beyond NOVA, SB Development is also developing several other projects across the New York City metro. The developer is currently working on an 11-story ground-up mixed use project, also located in Long Island City. The 103-unit project will have 30 of its units designated as affordable housing and 10,000 square feet of ground floor retail space. Elsewhere in Queens, SB Development is also working on a 364-unit mixed-use community in Woodside that will have 109 of its units set aside as affordable housing.

Since its start in 2010, SB Development has developed and constructed more than 24 ground-up projects in New York and Florida. The developer’s portfolio includes several million square feet of commercial and residential developments spanning townhomes and high-rise towers.