The Richman Group of California Development Co. and Level 10 Construction have topped out K1, which includes 220 units and 7,000 square feet of commercial space. 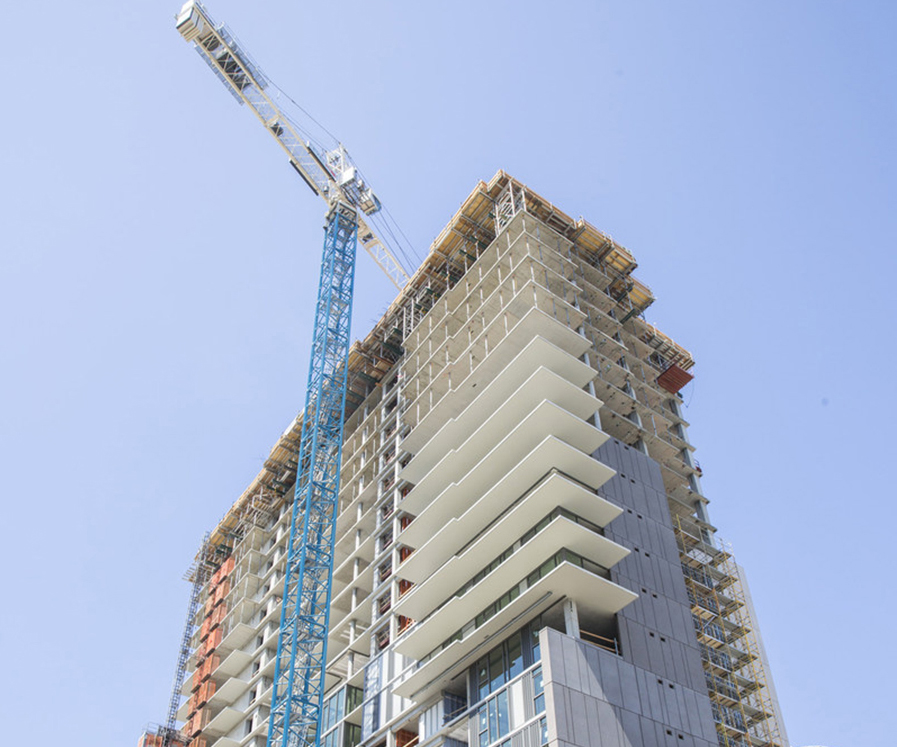 The Richman Group of California Development Co. and Level 10 Construction have topped out of K1, a mixed-use development in San Diego with a 23-story residential tower and more than 7,000 square feet of commercial space. There is also an adjoining low-rise building, called The Sliver, a structure that will include two penthouses, a restaurant with outdoor seating and a park-like open-space corridor.

The tower includes 220 units and seven levels of parking (three subterranean and four above ground). The parking encompasses a total of 317 automobile spaces, 12 motorcycle spaces, 19 EV Stalls and 46 bicycle spaces.

Common amenities at K1 include a two-story Sky Lounge on the 21st floor with built-in bar and outdoor seating, a hotel-style pool area with spa and fire pits on the fourth-floor podium level, and an adjoining two-level recreation center with lounge, demonstration kitchen and gym.

K1 is across the street from the San Diego Central Library and occupies most of the block bounded by Park, 13th, J and K streets in Downtown’s East Village neighborhood, less than three blocks from Petco Park. Completion date for the project will be in mid-2019.

Connecting K Street with upper 13th Street, K1 will also open onto a new park, which will run diagonally along 13th Street. The project also includes an open-space corridor with a bioswale fashioned into a series of water features and accompanied by seat walls and water-wise plantings.

The Sliver broke ground in May and is currently underway. According to Richman Group president Luke Daniels, the Tower and Sliver should be “in the running as the most distinctive residences downtown.”