CBRE represented the seller and arranged acquisition financing for the buyer. 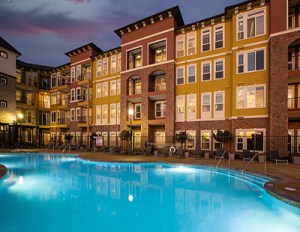 AG Spanos, a family-owned builder of multifamily housing and master-planned communities, received a $48.5 million construction from the Bank of the West in June 2019, according to Yardi Matrix data. The firm received final certificates of occupancy for the property in October.

Ross said in a prepared statement Element 79 is one of the premiere apartment properties in the Sacramento region and an excellent addition to Oakmont Properties’ expanding portfolio of best-in-class assets in the Western United States. He said Element 79 has averaged 36 move-ins per month since July and was 94 percent leased at the time of the sale. Bolstered by strong in-migration and other demand drivers, the Sacramento market is projected to see rent growth of 15.8 percent by the end of 2021, Ross noted.

The CBRE teams also assisted Oakmont Properties in the fall of 2020 when it acquired The Press at Midtown Quarter, a newly-constructed 277-unit property in Sacramento from DeBartolo Development and SKK Developments, for $118 million.

Located at 4373 Town Center Blvd., Element 79 is situated within the Town Center, a retail center considered the downtown district for El Dorado Hills. The property has two four-story buildings on 4.6 acres and contains one- and two-bedroom units ranging in size from 546 to 1,382 square feet.

The two companies have worked together in the past. Oakmont acquired Alira, a 293-unit community in Sacramento’s North Natomas neighborhood, last year for $92.3 million from AG Spanos according to the Sacramento Business Journal. In May, 2020, Oakmont bought Fusion 355, a 286-unit apartment community in Broomfield, Colo., from the developer. The 256,376-square-foot property in the Denver market had been completed in 2019 and was 85 percent leased at the time of the acquisition by Oakmont.