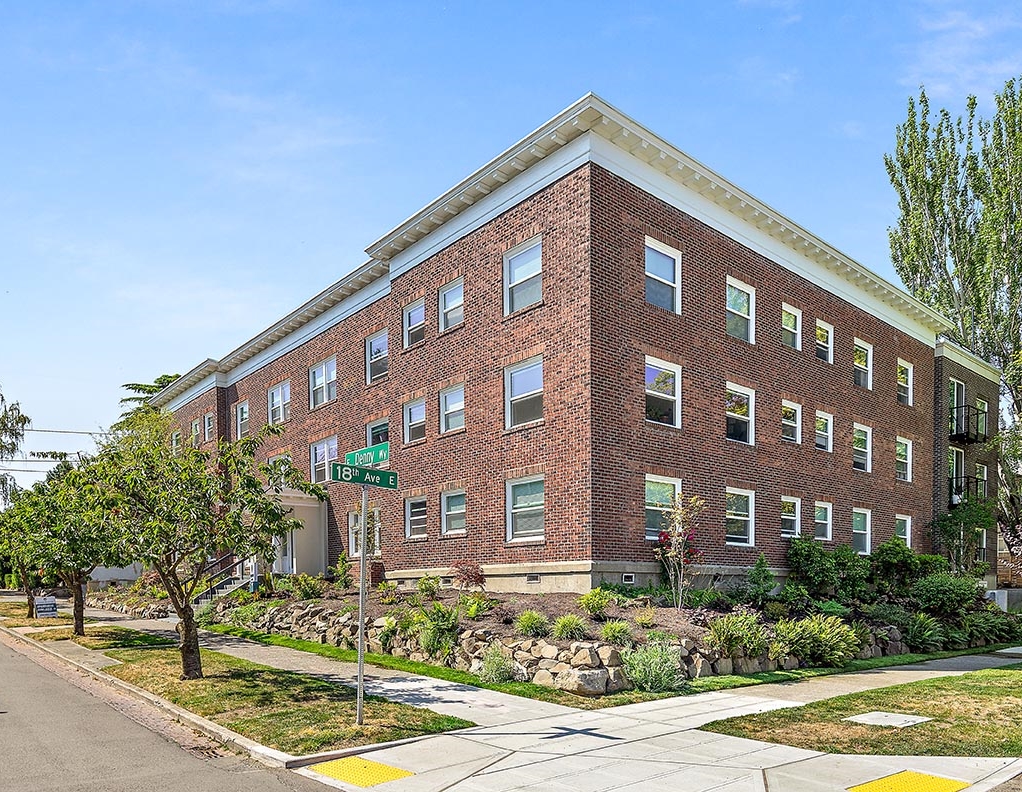 Following the purchase, Hamilton Urban Partners refurbished the original 27 units built in 1920 and constructed 26 modern apartments as an addition in a former parking lot in 2019. The expansion also included a rooftop deck with views of Mt. Rainier, Lake Washington and the Bellevue skyline, an elevator and a shuffleboard room, accessible to all residents.